David McLaughlin is a writer based in Toronto and served as principal speechwriter to Ontario Premier Dalton McGuinty.

“The Academy would like to acknowledge that tonight we have gathered on the ancestral lands of the Tongva, the Tataviam and the Chumash. We acknowledge them as the first peoples of this land on which our motion-picture community lives and works.”

His words gave international prominence to a practice that is becoming more common in Canada. As land acknowledgments enter the mainstream of government and business communication, they’re coming under closer scrutiny. Questions are being asked about whether they are delivered as a formality that lacks real meaning. If so, does this undermine, rather than advance, true reconciliation?

Hayden King, an Anishinaabe writer and educator who helped write Ryerson University’s land acknowledgment, told the CBC that he felt some regret about the practice: “I started to see how the territorial acknowledgment could become very superficial and also how it sort of fetishizes these actual tangible, concrete treaties.”

I am not an Indigenous person, and so I can’t offer a perspective on how it feels to hear the words. As a speechwriter, I’ve worked with provincial and territorial premiers, viceregal representatives and ministers in nearly all portfolios, including for Indigenous relations. From that vantage point, I do see a problem when speakers resort to reading formulaic language, rushed through in one breath, leaving an impression that they have no personal connection to the words they are saying.

A land acknowledgment should challenge the speaker and the audience to think about how our prosperity in Canada was built using space that was already occupied when Europeans began arriving. Canada created institutions and a multicultural fabric in places where societies, traditions and cultures already existed. What is also being acknowledged is that Indigenous people are striving today to share in the land’s prosperity and raise new generations that will co-exist with non-Indigenous communities.

I don’t mean to simplify or offer a public relations strategy on such a complex issue with a legacy of tragedy. However, from the perspective of delivering a speech with sincerity, there are thoughts I’d offer that might help non-Indigenous speakers convey the respect they wish to communicate.

Ask yourself if the acknowledgment should be the very first thing you say. It can depend on the circumstances. There is importance attached to placing something first. However, in a longer keynote, this can also leave an impression that you are checking a box, while the audience is still murmuring, before moving on to the “real” topic of your speech. When you do say it, speak the acknowledgment with energy and sense of optimism. I’ve counselled speakers against using a solemn tone that suggests an act of remembrance. It should come across as an active desire to work toward respect, reconciliation and partnership with Indigenous people.

Return to the subject of reconciliation in your speech. Whatever topic you are discussing – in a ballroom or gymnasium anywhere in Canada – it probably has relevance to the relationship between Indigenous and non-Indigenous people. According to Statistics Canada, the “aboriginal population” increased by 20.1 per cent between 2006 and 2011, compared with 5.2 per cent for the “non-aboriginal” population.

These numbers tell me that if you are a speaker representing government, nearly every public-sector priority has an Indigenous dimension that your audience should hear about. If you’re in business, you need to show that you truly know the regions and communities where you do business.

Do your best to gather the right information, but don’t be intimidated by the perceived risk of getting something wrong. In my experience, expressing a sincere desire to learn and understand, even if there is a mistake or omission, should result in a land acknowledgement that is well received. As Mr. King told the CBC, “The really important aspect of a territorial acknowledgement for me, anyway, is this sort of obligation that comes on the back end of it.” A land acknowledgement is not just about opening a speech, it is about following through on commitments long after the applause has ended.

As Indigenous land acknowledgments become the norm, critics question whether the gesture has lost its meaning
June 26, 2019 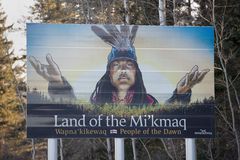