It should have been obvious from the moment Jessica Yaniv’s file landed on the B.C. Human Rights Tribunal docket that her discrimination complaints were motivated by something other than genuine hardship. Ms. Yaniv, a trans woman with male genitalia, charged that a handful of aestheticians had discriminated against her when they denied her waxing services, saying they did not wax male genitalia. Ms. Yaniv found these responses unacceptable and took her case to the Human Rights Tribunal.

The nature of Ms. Yaniv’s motivations should have been clear from that point, since no person on Earth – regardless of gender identity – would actually want someone with zero training or experience to apply hot wax to, and rip hair from, their scrotum. Most people feel uncomfortable with a novice dental hygienist.

But the tribunal weighed the evidence of Ms. Yaniv’s complaints anyhow and concluded back in October that they were improperly motivated. “Ms. Yaniv’s overriding purpose,” according to the decision, “was to manufacture the conditions for human-rights complaints … in order to secure a financial settlement and punish individuals involved.” The tribunal also found Ms. Yaniv specifically targeted racialized and immigrant women.

Ms. Yaniv’s other online behaviours, which have included brandishing a taser on YouTube and complaining about a refusal to be seen by gynecologists, have shown her to be somewhat of a provocateur – the type who, according to convention and common sense, it’s best to just ignore. Indeed, the worst thing you can do when someone thrives off of attention is to provide it, which is why I’m slightly troubled to be writing the words “Jessica Yaniv,” just as I’m sure you, patient reader, are slightly irritated to be seeing it.

But to ignore Ms. Yaniv is to overlook the fact that her actions affect real lives – not simply the women she has targeted, but also the trans people her actions inadvertently malign when she behaves litigiously and irrationally. Ms. Yaniv is already infamous in many far-right chat rooms and socially conservative publications, where she has become a caricature of what it means to be a trans person in Canada: a useful scapegoat, in other words, to dismiss legitimate efforts for equitable treatment for the trans community. To ignore her is to risk allowing that narrative to fester unchallenged.

The situation is particularly complicated now that one of Ms. Yaniv’s formal complaints appears to be more credible. The Justice Centre for Constitutional Freedoms (JCCF) recently announced it has been retained to defend another salon against which Ms. Yaniv filed a human-rights complaint, based on the salon’s refusal to provide a leg wax. (Ms. Yaniv acknowledges she asked the salon about its Brazilian waxes as well). The JCCF cites “religious, cultural and safety reasons" for the salon’s denial of service noting that “leg waxing takes place in private with the customer in their underwear or nude from the waist down.”

The issue of leg waxes did come up in the October decision from the B.C. Human Rights Tribunal, which found there is “no material difference” in waxing the legs of a cisgender woman and a transgender woman, while still dismissing Ms. Yaniv’s complaints on the basis of bad faith. The gist of that determination was nevertheless correct, and the salon’s claim that a client must be in her underwear or nude from the waist down for a leg wax is a rather spurious assertion. Yet, the religious defence on the part of salon workers, however, is not.

If the JCCF proceeds with that defence, the situation would boil down to a conflict between competing rights. Canada has grappled with that tension plenty of times before, including in 2012, when a woman brought a complaint to the Ontario Human Rights Tribunal when she was denied a men’s-style haircut from Muslim barbers, who cited religious prohibition. That case was eventually resolved out of court, which is probably the ideal resolution for most of these conflicts, lest we think it would be to anyone’s benefit to task the courts with establishing a hierarchy of rights.

What’s more, in situations of truly abhorrent discriminatory behaviour, a single public Facebook post is typically just as, if not more effective than a judicial ruling, but without the expense and baggage that come with formal tribunal proceedings. Indeed, that’s how, appropriately, many of the conflicts that we don’t hear about in the news – or on far-right chat rooms or social-conservative blogs – are settled. Ms. Yaniv’s behaviour is a distortion of the legitimate struggles trans Canadians face on a daily basis. It’s worth acknowledging that fact, before we resolve to look away. 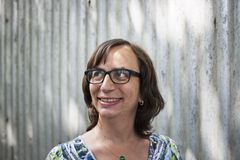