Brianna Bell is a writer based in Guelph, Ont.

At the time the Ontario government announced school closings in March, 2020, I was finally pursuing my dream of becoming a writer, after spending nearly a decade at home raising my three kids.

In the early days of the lockdown, my husband and I supported each other as we both worked from home, surrounded by the chaos of sibling squabbles and the blaring TV in the background. But I knew that something had to give. My husband earned twice my part-time freelance income, and it only made sense that I would sacrifice my work for the sake of our family.

A Royal Bank of Canada report revealed that 20,000 Canadian women left the workplace between February and October of last year, a stark contrast to the more than 68,000 men who joined the work force. LeanIn.Org and McKinsey & Co. highlighted the heightened impact the pandemic has had on mothers, especially mothers of colour. According to their report, 1 in 4 women, and 1 in 3 mothers, are considering reducing their hours or leaving the workplace altogether because of the pandemic.

No doubt, a worldwide pandemic requires personal sacrifice. However, the imbalances found in the workplace and the home have meant that personal sacrifice looks different for men and women, particularly parents. The statistics are rolling in, offering evidence of what we already know: The guilt and burden of even thinking about leaving the workplace often lands on a mother’s shoulders.

By September many families were yearning for a semblance of normalcy. With my oldest two children returning to public school and my youngest enrolled in full-time preschool, I was eager to get back to freelance work; but with media budgets slashed I wasn’t earning nearly enough to justify the stress of freelance life and full-time child care. The second wave had hit and I knew the kids would be home eventually. I wasn’t ready to give up my work for the sake of my family again. Instead, I launched into an intense – and at times seemingly fruitless – effort to find a full-time job.

I was tired of being the flexible parent of the household. I didn’t want to be the “sick day” parent any more, or the parent who made less and had to stay home for six months in times of crisis. The time I had at home with my family deepened my relationship with my three daughters and allowed us to flourish during the hardest months of the pandemic. But it was time to prioritize my career.

In December, I finally found a job at a fast-growing company that was a perfect fit for me. I’d work from home (for now), use my skills as a communicator and earn enough to justify the extra hours I’d be working. Shortly after signing my contract, Ontario Premier Doug Ford announced that students would have an extended winter break. I panicked, knowing that I’d start full-time work with three kids home.

My first few weeks on the job were nothing like I planned. My kids peeked over my shoulder while I introduced myself to my new co-workers on Zoom calls. I was constantly interrupted for snacks or help with homework, always thankful for an extremely flexible and understanding workplace that accommodated the challenges of working from home with kids. My husband stepped up his game and supported us through those difficult weeks, setting up school calls while he precariously balanced his own full-time job. We briefly talked about him taking a leave of absence – we never once considered sacrificing my job.

I was privileged to be able to make the choice to return to full-time work. There are many Canadians who have lost their livelihoods, who have had to step back to become caregivers or who are simply unable to make a free choice whether to work or not. I don’t take the opportunity I’ve been given lightly – I hold the freedom of doing paid labour that I enjoy with a special kind of gratitude I hope I never lose sight of.

I know it’s also been a challenge for my three daughters to adjust to this new version of me. I was once the mother who dropped everything for them, and now I’ve chosen something different for all of us – balancing life as a dedicated parent and professional. I hope they’ll one day understand that whether a mother spends her days at home with her children or climbing the corporate ladder, she should have the freedom of choice in either decision.

Opinion
Kids' runny noses and sore throats are now a nightmare for parents like me
October 4, 2020 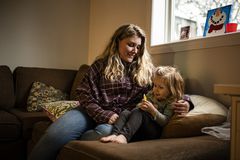 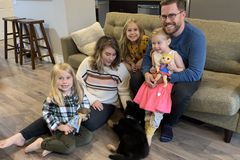 Opinion
The pandemic is hard enough. Don’t make it harder by shaming people who are trying their best
May 7, 2020 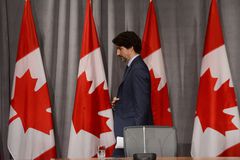