When it comes to politics, I think of myself as a fairly hard-hearted realist. I’ve been around long enough to know that when some new broom sweeps into office vowing to “do politics differently,” what they mean is that they will do it differently until it is no longer expedient for them to do so.

That describes the government of Justin Trudeau. Any remaining remnants of principles or idealism it may once have had did not survive the methodical and devastating testimony of Jody Wilson-Raybould. She demolished them. For the first time in many years, I felt ashamed for my country.

"Justin Trudeau may be more corrupt than Donald Trump,” tweeted New York Times columnist Bret Stephens, who may have a point. No nation where the political class interferes with the administration of justice can claim the moral high ground. I’m embarrassed that Canada, the land renowned for the cleanliness of its government, appears to be just as grubby as everybody else. Its smart young leader, who positioned our nation as a moral beacon unto the world, looks to be just another cynical old pol – and not a very bright one.

It’s obvious that the Liberals have no idea how to handle this mess. You could see that on Wednesday evening, when Mr. Trudeau’s handlers decided that he needed to show the flag. That fleeting appearance – after hours of devastating testimony from Ms. Wilson-Raybould – was worse than useless. He addressed nothing of substance in what she said. (How could he? It all had the ring of truth.) He talked fatuously about jobs. (All the Liberals’ surrogates have been told to talk fatuously about jobs.) His lines were clearly canned, and completely unconvincing.

At the best of times, Mr. Trudeau is all charm and earnestness. Now he just looks sleazy. This scandal revives the worst suspicions that English Canada has about businesses in Quebec – the preferential treatment, the subsidies, the unusual access to the corridors of power. It also suggests a question. To what extent was the government being played? How real was the threat that the company would move its headquarters from Montreal if it didn’t get a break from criminal prosecution? How likely is it that its 9,000 Canadian employees would be thrown out of work? According to its ubiquitous lobbyists, SNC-Lavalin is practically on its last legs. In fact, it’s doing well. Its worldwide revenues have grown substantially in the past few years. Could Mr. Trudeau and the many fans of the company in politics possibly have been stampeded?

Some people are wondering why Ms. Wilson-Raybould refused to secure a deferred prosecution agreement for SNC-Lavalin, even though it seems to deserve one. But that misses the point. The point is not whether it might have deserved a DPA, but the power of the attorney-general to make her decision free of political interference. That’s the point the PM’s gang missed.

Liberal governments tend to see no difference between the good of the country and the good of the Liberals. Mr. Trudeau promised he’d be different but he’s not. Was there nobody in his inner circle with the spine to stand up and say “enough”? To argue that there is a line between politics and policy, however hazy it may seem, that should not be crossed? To suggest that hounding the attorney-general to betray her solemn duty to uphold the law not only is wrong, but could backfire spectacularly?

Evidently not. Instead, almost everybody around the PM allegedly had a go at her, pressing for “solutions,” making sure she knew the boss was determined to have one, no matter what it took. As Gerald Butts, Mr. Trudeau’s former principal secretary, allegedly told Ms. Wilson-Raybould’s chief of staff, "There is no solution here that does not involve some interference.”

Also disillusioning was the role played by Michael Wernick, the Clerk of the Privy Council, a man nobody had ever heard of until now. Isn’t he supposed to be above politics? And even if he’s not, it’s amazing to behold Canada’s most senior public servant act in such a nakedly partisan manner. He appears to have turned out to be just another lackey, allegedly hounding Ms. Wilson-Raybould on the Prime Minister’s behalf. “I think he is gonna find a way to get it done one way or another," Ms. Wilson-Raybould says he told her, less than a month before she was dumped.

What should happen now? I have no good answers. But the consequences should be serious. Many people besides Mr. Butts should lose their jobs, up to and including the Prime Minister himself. I don’t see a way to make that happen before election time, by which date the electorate may have moved on to other, fresher outrages. Perhaps, in a fit of decency, the Liberal caucus will revolt, but I doubt it.

As for Ms. Wilson-Raybould, she deserves the thanks of a grateful nation. She seems to have been the only political person in this sorry, sordid affair who remembered what the rule of law is all about. Thanks to her, the PM didn’t have his way after all. Thanks to her – and her alone – the system held.

Laurentian Consensus at the centre of Trudeau’s latest bungling 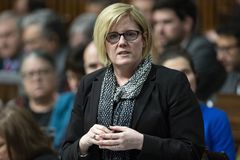 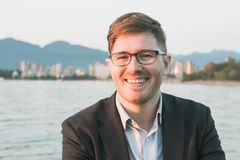