Lori Fox is the author of the forthcoming book This Has Always Been A War.

The pandemic left the restaurant industry reeling, with up to two-thirds of food service workers losing their jobs during the shutdown. Now that things are opening back up, restaurants find themselves in desperate need of workers – and baffled that they can’t seem to find them.

I was a server for 15 years. When the pandemic struck a year-and-a-half ago, I was one of millions of food service workers – cooks, bussers, hosts and servers – who were furloughed as the world shut down. I’m also among those who chose not to return to the industry when things began to open back up. I’m one of your missing service workers.

Let me shed some light on the “mystery” of this labour shortage: With an abysmally low rate of pay, bad (often erratic) hours, no sick days and near-constant sexual harassment, racism, sexism and queerphobia, working in service sucks.

And yet that hasn’t stopped pundits, and even some restaurateurs, from decrying our lack of good ol’ fashioned work ethic and blaming the government dole for keeping us from returning to our rightful place: tableside, making them money and waiting on our betters.

What has been said about us – that CERB has kept us from re-entering the work force, that we are lazy and unambitious, that we simply don’t want to work – is ridiculous.

It’s also indicative of the way much of society thinks about working-class bodies: as expendable, interchangeable, replaceable parts of a capitalist machine over which it has ownership. Some people not only feel entitled to our labour, but to pay as little for it as possible.

Some of your “missing” workers are not missing. They’re dead.

You’ll have to excuse us if we’re not champing at the bit to get back to bringing you your dinner.

Before the pandemic, many of us working-class people were hustling so hard we didn’t have time to question the way we were living, nor the way we were being treated by our employers – which is to say, in both cases, often poorly. What CERB gave us wasn’t economic stability – $2,000 a month is only $12.50 an hour – but time to think about what we wanted. Which, as it turns out, might not be to make a living for other people while we rag-and-bone our way through life.

Some people can and are going back to work in service, and that’s great. Making food for people and catering to their needs and seeing to it that they have a break from their lives and feel cared for in the process seems to me to be an intrinsically socially useful enterprise (more so than being a social-media manager, stockbroker or a brand analyst, certainly). I urge these folk, however, to not simply accept the old conditions upon their return – businesses need you desperately and if this is truly a free market, you should be able to adjust your wage accordingly. Find out what the living wage is in your community – in my hometown of Whitehorse, it’s $19.07, in Toronto it’s $22.08 – and demand that.

Why work for what you can’t live on? Any wage that isn’t a living wage is a poverty wage.

Many former restaurant staff found other jobs during the shutdown, however. One server friend of mine took a better-paying (and safer) position in retail management, another started a successful photography business and a third found work as a teacher. Freed from the grind, they suddenly had the time and space to move into other positions that suited them better.

I, for one, was never on CERB. With my hours suddenly open, I was able to grow my freelance business and secure a regular income as an editor. I also enrolled in an MFA program at the University of British Columbia, because I realized I want to teach writing. In the past 18 months, I pitched, sold and wrote my first book.

I also joined a hiking group, read more books and spent more time fishing. I’m a better friend, lover and community member than I was when I was a server; with rewarding work and my hours in my control, I have more time and energy for myself, and therefore more care and attention to give to others.

I work as many – if not more – hours a week as I did when I worked in service. I just don’t work those hours for someone else’s benefit.

We want to serve ourselves. 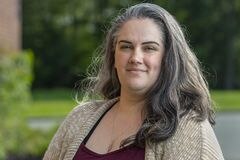 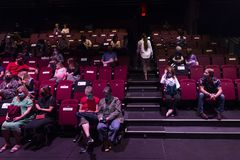 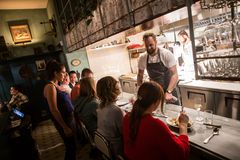