André Picard
Published May 18, 2021 Updated May 18, 2021
Comments
Text Size
Please log in to listen to this story. Also available in French and Mandarin. Log In Create Free Account

“The wait is almost over.” That’s the latest catchphrase the International Olympic Committee is using to promote the Tokyo 2020 Games.

“Stop the madness” would be more appropriate.

While the IOC seems hell-bent on the already once-delayed Games proceeding from July 23 to Aug. 8 as rescheduled, resistance is growing in the host nation – and for good reason.

“Infections are escalating extremely rapidly in populated areas,” Japanese Prime Minister Yoshihide Suga said on Friday, as he extended the country’s state of emergency to nine regions, up from six.

Japan was one of the first countries in the world hit by COVID-19, having reported an outbreak aboard the Diamond Princess cruise ship in February, 2020. Now the country is in its fourth wave, recording about 7,000 new infections a day – a rate that is about the same as Canada’s, though we are home to less than a third of Japan’s population. By the high standards of Asian nations, those numbers are horrible, and Japanese hospitals are having trouble managing.

Worse yet, the country’s vaccine rollout is moving at a glacial pace. Only about 3 per cent of Japanese citizens have received even a single dose of the Pfizer vaccine (the only shot approved there). By contrast, almost 40 per cent of Canadians are at least half-vaccinated.

Given Japan’s reality – rising caseloads, overwhelmed hospitals, virtually no vaccinations (and, oh, aren’t we supposed to be limiting international travel?) – who would blithely invite about 14,500 athletes and 25,000 judges, officials, members of the media and broadcasters from 196 countries to congregate in one place?

Only the money-hungry, tone-deaf IOC.

Asked whether the Games would proceed, IOC president Thomas Bach declared: “There is no Plan B.” But a poll published over the weekend in the Asahi Shimbun newspaper found that 80 per cent of Japanese people now want the summer Olympics postponed or cancelled. Only 14 per cent think they should proceed.

The public clearly has a lot more sense that the Olympic overlords and their corporate sponsors.

Japanese politicians, for their part, are siding with the IOC, despite mounting public anger over the combination of the traditionally costly obsession with the Olympics (about US$3.2-billion for these Games) and a tepid pandemic response.

Some of this may be related to the fact that, according to the Olympic contract, the decision to postpone or cancel the Games rests solely with the International Olympic Committee.

Regardless, Mr. Suga’s oft-repeated claims that the Games will be “safe and secure” and a “symbol of global solidarity” are becoming increasingly difficult to swallow.

Hiroshi Mikitani, the billionaire founder and chief executive officer of Rakuten Group Inc., stated the reality more bluntly, saying that hosting the Olympics in the midst of the far-from-over pandemic would be a “suicide mission.” Takarajimasha, a major Japanese publishing company, also blasted the government in full-page ads for getting its priorities wrong: “No vaccine. No medication. Are we supposed to fight with bamboo spears? We’ll be killed by politics if things remain unchanged.”

Yes, the world is craving a return to some sense of normalcy. But is staging a made-for-TV sporting spectacle the way to do it?

Wishful thinking notwithstanding, there will be nothing normal about these Olympics, even if they do go ahead. Other than direct participants, international visitors will be banned. It’s not even clear whether there will be Japanese spectators in the stands; that decision will be made in June.

The fastest women and men in the world would be lined up to run in empty stadiums, prepared to do gymnastics without applause. It would be even more surreal than the football or hockey games that have been played in fan-free venues.

There will, of course, be mitigation measures for athletes, officials and press. The IOC has published “playbooks” to guide “safe and successful Games.” The rules require two negative COVID-19 tests before arrival in Japan, plus daily testing. Participants are being “urged” to not mingle with locals, meaning no public transit, no restaurants and no tourism.

But there will be no quarantine requirement, and no mandatory vaccination for athletes, even though Pfizer has offered free doses to all participants. And it is inevitable that participants will interact with each other, and not just on the field of play. Olympic villages, full of young, buff athletes, are renowned for the “mingling” that takes place.

Do we really want to risk the Olympics being a launching pad for another global pandemic wave?

The IOC, politicians and sponsors are all reluctant to do the right thing and pull the plug. So at this point, it’s up to the athletes of the world – those who really have the most to lose – to step up again, as they did in March, 2020, and say unequivocally that we must choose safety over sport, and put public health ahead of profits. 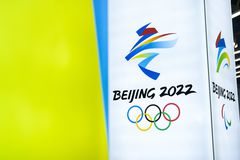 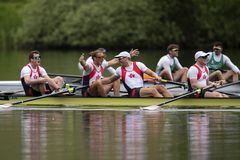