Niall Ferguson
Contributed to The Globe and Mail
Published May 13, 2018 Updated May 14, 2018
For Subscribers

Niall Ferguson is the Milbank Family senior fellow at the Hoover Institution at Stanford University.

The greatest gunfight in the history of cowboy films is in The Good, the Bad and the Ugly. It’s a three-cornered shootout between Clint Eastwood (Blondie), Tuco (Eli Wallach) and Angel Eyes (Lee Van Cleef). The crucial point is that before the shooting starts, Blondie has emptied Tuco’s revolver of bullets.

To members of Washington’s foreign-policy establishment, regardless of party affiliation, President Donald Trump’s decision to exit one nuclear deal (with Iran) only to enter another nuclear deal (with North Korea) is beyond baffling. They clearly never saw The Good, the Bad and the Ugly. Like Mr. Eastwood’s Blondie, Mr. Trump understands that only one of his antagonists has a loaded gun.

As I argued in July, 2015, the goal of Barack Obama’s Iran deal was not just to postpone the Iranian acquisition of nuclear weapons by 10 years. For it to be more than a mere deferral, it also had to improve the relative strategic position of the United States and its allies so that by 2025 they would be in a stronger position to stop Iran entering the club of nuclear armed powers.

As Mr. Obama himself put it then, his hope was that by “building on this deal, we can continue to have conversations with Iran that incentivize them to behave differently in the region, to be less aggressive, less hostile, more co-operative ... in resolving issues like Syria or what’s happening in Iraq, to stop encouraging Houthis in Yemen.”

The outcome has been much as I predicted. In return for merely slowing down its pursuit of weapons of mass destruction, Iran was handed US$150-billion in previously frozen assets, as well as a trade bonanza as sanctions were lifted. Under the deal, remember, there was no threat to “snap back” sanctions if Tehran opted to use its new resources to increase its military support for Hezbollah and Hamas, Bashar al-Assad’s regime in Syria and the Shia Houthi rebellion in Yemen. And so it did just that.

What about Mr. Obama’s North Korea policy? In essence, his administration applied ineffectual sanctions that did nothing whatsoever to slow down Kim Jong-un’s nuclear arms program. As Mr. Obama left the White House, we were assured that North Korea was still roughly five years away from having intercontinental ballistic missiles and a nuclear warhead small enough to fit on them. Within months of Mr. Trump’s inauguration, it became clear that North Korea had in fact been just five months away from possessing those assets.

Mr. Trump’s approach is almost exactly the opposite of Mr. Obama’s. Mr. Trump began by explicitly threatening Pyongyang with “fire and fury.” His national security adviser and secretary of defence repeated the threat, albeit in “more in sorrow than in anger” language.

For a time, Mr. Kim acted defiant, but the fact that both South Korea and China feared Mr. Trump was in earnest had its effect. The South Koreans offered olive branches. The Chinese squeezed North Korea’s economic windpipe. Mr. Trump then made a key concession: He agreed to a summit meeting with Mr. Kim. Next month in Singapore we shall see what comes of it. My guess is that the deal will make Mr. Trump’s knee-jerk critics themselves look foolish. He won’t get complete denuclearization, but he will get some. Meanwhile, large-scale South Korean and Chinese investment in North Korea will start the process of prising open the hermit kingdom.

Now for Iran. Mr. Trump’s strategy in year one was to reassure his country’s traditional allies in the region – not only the Saudis and Israelis, but also the other Arab states – that he was on their side against Iranian expansionism. In year two, he is not only reapplying the U.S. sanctions on Iran – and remember that they affect not only U.S. companies but European ones, too – but also applying pressure on the ground in all those different countries where the Iranians have intervened. Step forward the new national security team, Secretary of State Mike Pompeo and national security Adviser John Bolton – names calculated to make the mullahs quake.

“You see, in this world there’s two kinds of people, my friend,” Blondie tells Tuco after that memorable gunfight. “Those with loaded guns and those who dig.” Thanks to the Obama administration’s ineffectual tactics, the North Koreans got themselves into the former category: It became a nuclear state. But Iran – its Obama-era boom now over –now has to dig.

Economically weak enough to suffer a wave of urban riots in December and January, the Iranians will not find it easy to withstand the snap-back of sanctions and the roll-back of its forces abroad. And if you think the Russians will help them, then you must have missed Binyamin Netanyahu shaking Vladimir Putin’s hand in the Kremlin last week.

Opinion
What will be the end game between Israel and Iran?
May 11, 2018 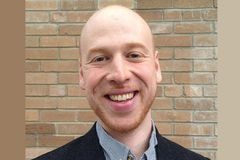 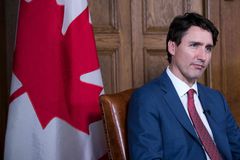 Analysis
Who wins and who loses from sanctions on Iran?
May 9, 2018 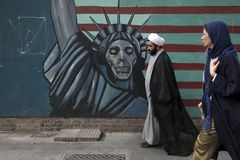