Lawrence MartinPublic affairs columnist
Washington
Special to The Globe and Mail
Published May 22, 2018 Updated May 23, 2018

The Robert Mueller inquiry has now passed the one-year mark. The investigation into U.S. election meddling is ever expanding, never ending. The media is obsessed.

With its sprawling team of probers, the inquiry has snagged many players in many misdeeds. But it has yet to land the big one. It has yet to establish direct involvement by Donald Trump. Did his party operatives, for example, help the Russians hack the Democratic National Committee? Did he partake in the scam?

How can proving election collusion, one wonders, be this difficult? The Americans have a good deal of experience in this field. In Nicaragua, Serbia, Guatemala, Iran. There’s even a Canadian case, a notable illustration, it being the John. F. Kennedy administration’s collusion with Lester Pearson’s Liberals to bring down John Diefenbaker’s government.

For both the 1962 and 1963 elections, Kennedy surreptitiously sent Lou Harris, his renowned pollster, to Canada to help the Liberal leader. To avoid detection, Mr. Harris was even provided with a fake passport. He hired 500 women for his sophisticated polling, which he quietly shared with Mr. Pearson’s inner sanctum, aiding the Grits triumph in the 1963 campaign. “One of the highlights of my life,” Mr. Harris told The Canadian Press a few years ago, “was helping Pearson defeat Diefenbaker.”

The collusion had several other elements. The U.S. embassy in Ottawa leaked anti-Diefenbaker stories to the media covering the campaign. Newsweek magazine, whose political editor was Kennedy’s buddy, Ben Bradlee, ran a cover story that made Mr. Diefenbaker look and sound unglued. Mr. Bradlee later told me that Kennedy didn’t think Mr. Diefenbaker was an SOB, as reported. “He thought he was a prick.” The difference? I forgot to ask.

Among the other deeds was the Kennedy team’s issuance of a statement that undercut Mr. Diefenbaker’s defence-policy positions so pointedly that U.S. national security adviser McGeorge Bundy boasted that it “toppled” Mr. Diefenbaker’s government.

The Kennedy-Pearson collusion story has come out in fragments since the 1960s. In his newly released book, Dinner in Camelot, political historian Joseph Esposito adds more particulars to another facet: the banquet in April, 1962, at which Kennedy hosted all the country’s Nobel laureates.

The fete of the cognoscenti – held at a time when, unlike today, it was considered a good thing to be erudite – took place during the Canadian-election campaign. It was made famous by Kennedy’s quip that it constituted the greatest assemblage of talent in one room “since Thomas Jefferson dined alone.”

It was only supposed to be for American laureates, but Kennedy not only made an exception for Mr. Pearson, his friend, he also showcased him, as the book makes clear. He had his wife, Jackie, at Mr. Pearson’s table and the Liberal leader’s wife, Maryon, at his own. He opened his speech with a shout-out to Mr. Pearson. Press coverage was fawning.

One can only imagine what an inquiry with the scope of Mr. Mueller’s might have found in Kennedy’s handiwork in the Canadian campaigns. The CIA was likely involved in sowing Mr. Diefenbaker’s downfall as well.

The pressure is mounting on Mr. Mueller’s inquiry. It is being attacked even by the likes of former Hillary and Bill Clinton strategist Mark Penn, who accuses it of “stormtrooper tactics.” If Mr. Mueller doesn’t come up with something big, it will be an embarrassment for the media and the Democrats – and vindication for Mr. Trump.

To discredit the inquiry, the unpresidential President has come up with another desperate-sounding counternarrative. The Obama White House, he fumes, was colluding with the FBI in the election campaign to entrap and embarrass him. He has demanded that his Justice Department investigate.

Mr. Trump, we recall, started an inquiry into alleged voter fraud in the last presidential-election campaign. It was such a joke that he had to disband it. He also put forward the theory that Mr. Obama wiretapped his offices in Manhattan’s Trump Tower. That, too, was fiction.

To Mr. Trump’s current accusation, Democrats respond that it is the same – a witch hunt. That, of course, is a term Mr. Trump regularly applies to Mr. Mueller’s inquiry. In Washington, it seems, the she-devils are in ample supply.

Mr. Mueller has yet to fully discredit Mr. Trump’s calumnies and his time is running short. His inquiry can’t extend into the fall midterm elections because by then everything he does would be viewed as politically motivated, as election meddling. History, as Mr. Diefenbaker’s Tories could attest, has seen enough of that already. 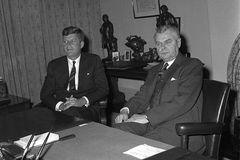 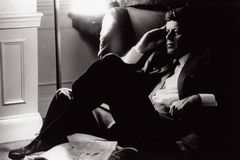