There are three main reasons why Rahaf Mohammed, the woman with the thousand-watt smile, was able to escape Saudi Arabia and, in record time, find a home in one of the nicest countries in the world. One is the astonishing power of social media to turn an unknown teen into a global celebrity in a matter of hours. Another is the underground sisterhood of Saudi women, who share advice and support to other women trying to escape one of the most repressive regimes in the world.

The most important reason she escaped is Rahaf herself. The instant she stepped off the plane, wearing a Canada hoodie and a baseball cap, she started winning friends. Yet, her fierceness and focus are uncommon for anyone, let alone a woman who is still a teenager. No doubt, they have something to do with the fact that she had planned to leave for years. Not for her, a lifetime of bondage to husband, father, brothers and Islam.

Rahaf is a warrior. She knows that the punishment for what she’s done can be death, and she’s certain that if she’s caught it will be her punishment, too. But in her view, Saudi women are slaves. In her view, death is a risk worth taking.

A little more than two weeks ago, Rahaf was barricaded in a Bangkok hotel room fighting, as she believed, for her life. Her passport had been confiscated. Her father and brother had arrived in Thailand, intending to take her on the next flight back to Saudi Arabia. “Of course they would kill me,” she told the CBC’s Susan Ormiston. “It’s forbidden that Saudi women travel [without permission] or flee.”

But the authorities had made one big mistake. Nobody had bothered to take her phone away. So, she sat in her hotel room and started tweeting. Some of her friends belong to a network of Saudi women around the world, who passed along her messages.

“I am Rahaf,” she said in a video in Arabic. “I am in the hotel, I need a country to protect me as soon as possible. I am seeking asylum ... my family is strict and locked me in a room for six months just for cutting my hair... I’m sure, 100%, they will kill me as soon as I get out of the Saudi jail.” In case the worst happened, she also sent a farewell letter to her friends.

Not long after Rahaf started tweeting, an official from Human Rights Watch, Phil Robertson, made contact. He advised her to barricade herself in her hotel room and ask for asylum. Her new Twitter account picked up tens of thousands of followers. Soon, scores of journalists were swarming the airport to document her story. Under the circumstances, the Thai authorities could hardly deport her. A few days later, she was in Canada, where she received an ecstatic welcome.

“Don’t let anyone break your wings,” she tweeted.

Not everyone is happy, though. Critics claim that she got special treatment, that her celebrity status allowed her to jump the queue. Some claim the Trudeau government is milking her story to make itself look good. And there’s truth in both those claims. Foreign Affairs Minister Chrystia Freeland’s efforts to share the limelight, by personally escorting Ms. Mohammed off the plane, can best be described as shameless.

For the government, Rahaf’s story is a public-relations dream come true. It shows Canadians – and the world – how welcoming we are to refugees. It’s also another snub to the Saudis, one they are unlikely to respond to. “They would probably like this to disappear,” said Dennis Horak, a former Canadian ambassador to Saudi Arabia. “It’s shone a light on the guardianship laws that they probably aren’t thrilled with,” he told The Globe and Mail.

As for those who say that Ms. Mohammed got special treatment, they’re right. That doesn’t mean the system is broken. It just means the system is, as it has always been, political. No matter what you may think of the government, it was the right thing to do.

We should be happy that we helped her make it out. Not every woman does. “For the few who succeed, there are many who fail, and to be sent back after this puts the women in a really dangerous situation,” Adam Coogle of Human Rights Watch told The New York Times. In 2017, another would-be escapee broadcast her plight from the Philippines. Her family came to fetch her and took her back to Saudi Arabia. She was never heard from again.

If anything gives me hope that life for women in Saudi Arabia will eventually get better, it’s not the new and supposedly more enlightened regime, which still throws female activists into jail and reportedly tortures them. It’s the new generation of emboldened, Twitter-literate women, with their insistence that things have to change, and their ability to make connections around the world.

Not everything in Canada is sunny for Rahaf. She knows she may well never see her home country again. She has renounced her last name, al-Qunun after she says her family renounced her. That subject is too sensitive for her to talk about. Most seriously, she has renounced her religion – a crime in Saudi Arabia that’s punishable by death.

“Of course they would kill me,” she told Ms. Ormiston. “Because I broke their chains.”​ 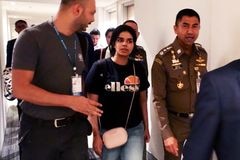 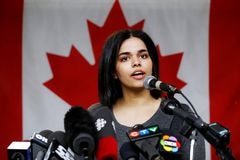 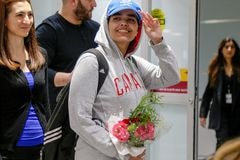