Paul Stapleton is an associate professor at the Education University of Hong Kong.

For months, the people of Hong Kong have been taking to the streets, and an increasing number of these demonstrations have become violent. While China’s Communist Party has lent public support to Chief Executive Carrie Lam, there has long been the sense that this cannot be sustainable. And just this week, a senior Chinese official in charge of Hong Kong affairs made the speculation explicit: China would intervene if Hong Kong’s regional government isn’t able to end the protests. With blood and beatings in the streets, Beijing has become impatient.

On the surface, these protests have been around a political matter: a bill that would allow the extradition of criminal suspects from Hong Kong to mainland China. But despite Ms. Lam’s suspension of the bill, calling it “dead,” the protesters have not backed down, demanding that it be withdrawn completely.

Quibbling over whether a bill is withdrawn or dead provides some insight into the whole debacle. Normally, when a leading government official uses a word such as “dead” to describe an unpopular act, the public is mollified; instead, in Hong Kong, broad dissatisfaction with the government remains. In short: the protesters smell blood.

But even blood needs to have a heady scent to spur hundreds of thousands of people from all walks of life to march in Hong Kong’s stifling heat several times a week. The dissatisfaction must have a deeper cause. And one does not have to look very far to find it in Hong Kong.

Like most big cities, affordable housing is a persistent concern. Geographically, Hong Kong’s land area is close to double that of Metro Toronto; Hong Kong’s population of 7.5 million is nearly triple. But all physical and demographical comparisons end there because of Hong Kong’s mountainous topography. Just imagine dozens of steeply sloping mountains, measuring up to 900 metres high, scattered about Toronto. For comparison, the CN Tower is just 553 metres high.

Hong Kong’s geography squeezes people into living on narrow strips of flat land around the coasts. Simple supply and demand exacerbates these topographical facts, driving up property prices that are now the highest in the world on average. I live far out in the suburbs, one hour from the city centre by subway, in a 500-square-foot apartment that is seen as spacious – and the market value is currently more than $1-million, more than double the price per square foot of an average condominium in downtown Toronto.

When my students graduate from the local education university where I work, they will become school teachers and earn relatively good annual salaries of more than $40,000, and pay tax at low rates that would make Canadians green with envy. But when they add up the numbers, the reality is stark: The possibility of ever owning their own home, however modest, is a distant dream. And my students are among the very lucky ones; more representative of Hong Kong youths are those earning considerably less money and living cheek-by-jowl, either in high-rise public housing or private sub-divided apartments in which they often share tiny bedrooms with a sibling, and where the prospects of moving away from their parents is next to nil. Such grim living conditions help to explain Hong Kong’s fertility rate of 1.2 children per woman – close to the lowest in the world.

Although the issues facing Hong Kong’s young people may not be unfamiliar to urban youths in many parts of the developed world today, it is the degree to which the numbers work against them that has caused their deep disaffection to curdle into dissent. In the past decade, the average price of housing has risen 2 1/2 times, while starting salaries for new graduates has stagnated.

So all it took was a seemingly minor – or at least arcane – bill proposal from the Beijing-backed regional government around extradition to trigger months of frustrated protests. Certainly, the fear of encroaching restrictions on political freedoms imposed by Beijing are real, and the Hong Kong government’s massive misreading of the public mood due to a flawed political system cannot be discounted. However, the escalating protests may be masking deep issues related to the general quality of life experienced by the average Hong Kong person.

In essence, the youth in their black shirts on the front lines facing the police may be thinking that getting pepper sprayed and breathing tear gas is not a whole lot worse than returning home to a tiny hot room without any prospect for change on the horizon. 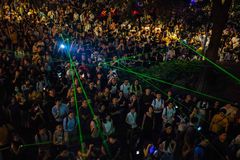 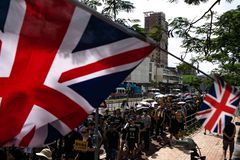 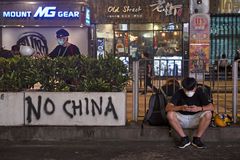