Chile Eboe-Osuji is the President of the International Criminal Court and a member of the Bar of Ontario.

In the current climate of open disdain to the multilateral international order, the International Criminal Court has not been spared from strident hostility. Efforts by ICC Prosecutor Fatou Bensouda to expand the scope of her work to other conflicts beyond the 11 countries where she has already been investigating have been met by attacks from the leadership of powerful states. It is not a welcome development. Against that background, there is real danger that some supporters of the ICC may succumb unwittingly to wearying anxiety about the court – allowing them to see little else but negativity all around. Actions and decisions of the court’s officials – though wholly legal and ordinary in a court of law – become crisis tropes to those who find them politically unpalatable.

I urge calm. The sky is not caving in on the ICC. And to believe otherwise is to allow a blanket of negativity to smother confidence in the court and hope in those who need to find hope and consolation in its existence.

There is much reason for positivity, in spite of the imperfections that are in the very nature of the project. With 123 member states from all corners of the globe, the ICC edifies the organized world’s stance against impunity for genocide, crimes against humanity, war crimes and aggression. The court’s trials have spotlighted sexual violence during war, abuse of children as soldiers, persecution of populations on grounds of ethnicity, and countless other heinous crimes that come in the form of intentional attacks on civilian populations. With the associated mandate of the Trust Fund for Victims, ICC’s work has afforded tangible reparation to victims. Above all, the ICC has sent a clear message that misanthropes who abuse power while bringing innocent victims to extreme agony will be haunted by questions of accountability, eventually to be answered before an international court of law, when national courts prove unable or unwilling to ask them genuinely.

The ICC’s prosecutors have indicted warlords and heads of state (incumbent and former), who are required to answer charges of serious abuses in the manner of gross human-rights violations. Indeed, the ICC’s work exerts necessary pressure against rampant, malignant power. That explains much of the strident hostility that it has endured, as well as the paradox on the part of leaders to be reluctant to vacate political office, in the hope that a notion of inviolable immunity would defer accountability before the court. But last year, the court’s appellate chamber clarified that no such immunity exists, even for heads of state, when their cases fall within the court’s jurisdiction.

It all speaks to the ICC’s clear deterrent effect. Deterrence results from the risk of robust prosecution before an independent court of law. One clear example has been the court’s effect in helping to reduce election violence in several African countries. The ICC’s deterrence also holds a potential for economic development in countries that come within its jurisdiction. This is because it exerts the needed pressure against armed conflicts and oppression – all of which are conducts that destroy or retard economies; propelling brain-drainage and migration flows to countries that are not ready, able or willing to take in migrants in all their numbers – besides the enormous human suffering that they cause.

U.S. founding father Alexander Hamilton once described the judiciary as the weakest branch of the government, and rightly so. But this is particularly true when the judiciary oversees the notoriously imperfect realm of international law, which unavoidably depends on the states themselves for its implementation, even for basic functions. The ICC is at the mercy of those states for the execution of even its most critical and basic functions, including the arrest and surrender of suspects. The ICC also anchors the indispensability of international law in a world that values peace and human security. So as U.S. Supreme Court Justice Robert H. Jackson put it at the dawn of the modern international order in 1945: “Those who best know the deficiencies of international law are those who also know the diversity and permanence of its accomplishments and its indispensability to a world that plans to live in peace.”

Yes, the ICC personifies the imperfections of international law, but it remains a mechanism of great value to humanity – not least because it has truly served to loosen tyranny’s grip on humanity in our own time. Until we have devised a better mechanism to replace it, it is imperative that we must all support it. 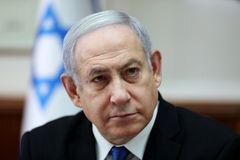 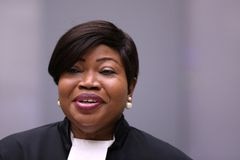 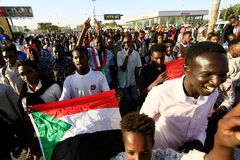