Bessma Momani is a professor at the University of Waterloo and a senior fellow at the Centre for International Governance Innovation and the Arab Gulf States Institute in Washington.

Iran’s presidential elections took place last week – or, at least, they did in name. Fearful that a reformist president could become his successor and move Iran’s Republic away from its theocratic genesis, and sensing that his failing health made this election a critical inflection point for Iran’s ideological future, Supreme Leader Ayatollah Ali Khamenei disqualified an unprecedented number of candidates from the race. As a result, he engineered the election of ultraconservative hardline cleric Ebrahim Raisi.

But much like Mr. Khamenei – who is aging and suffering from cancer – the Iranian body politic is clearly sick and tired.

Rather than taking the pulse of the country’s citizens, who have grown disillusioned by economic mismanagement and corruption, suffocating social restrictions and the state’s unruly spending on nefarious activities in the Middle East, Mr. Khamenei’s actions reinforced both the theological and autocratic basis of the state. It is little surprise, then, that turnout was low – the lowest in the history of the Iranian Republic, with just 48 per cent of eligible voters showing up, compared with 73 per cent in the last two elections, despite the regime’s efforts to drum up turnout and extend voting hours. Tellingly, blank and void ballots – a form of protest vote that Mr. Khamenei recently disavowed in a religious edict – accounted for an unprecedented percentage of the ballots cast, enough to place second in the race. In cosmopolitan Tehran, less than 30 per cent of the electorate participated. With no independent election observers and a history of election-results manipulation, it was clear to Iranians that the race had been orchestrated from beginning to end.

Certainly, the so-called reform agenda under outgoing president Hassan Rouhani had failed to deliver on its promised economic prosperity, and when Iranians protested they were met by the very same repression they’d experienced from ultraconservative governments. In the final tally, there were hardly any policy differences between the two political camps – further reason for Iranians not to bother voting. The COVID-19 pandemic, as well as international sanctions enacted under the Trump administration’s maximum-pressure policy, had hurt the average Iranian. The pain was further compounded by high inflation, which diminished spending power and a weakened currency, reducing people’s incomes. While U.S. President Joe Biden’s administration is negotiating a return to the nuclear agreement, many Iranians have little hope that it will be enough to revive the economy.

On top of all this disillusionment is the fact that the president-elect will arrive in office with blood on his hands. Mr. Raisi was on the four-member commission that greenlit a massacre of at least 2,800 Iranian opposition members in 1988; Amnesty International has already called for an investigation into Mr. Raisi’s alleged crimes against humanity. He has long been a devotee of the Supreme Leader and, during his time as the head of Iran’s judiciary, sanctioned crackdowns on anti-government protests in 2009 and 2019, which led to the deaths of hundreds and the arrests of thousands.

Mr. Raisi’s presidency portends a more repressive regime against its opponents, and charts a path for the return of the fundamental principles of the 1979 Islamic Revolution. But with Iran’s median age at 30 years old, and most Iranians born after the revolution, this move only affirms the government’s commitment to ignoring the needs and aspirations of its highly educated, hyperconnected and cosmopolitan people.

Installing an ultraconservative president – with conservatives in Parliament and on the veto-wielding Guardian Council – will consolidate Mr. Khamenei’s hold on all levers of political power and likely mean stricter social restrictions, an even more interventionist regional foreign policy, and continued failed state intervention in the ailing economy. Ushering in a loyalist such as Mr. Raisi would also protect Mr. Khamenei’s family and legacy for years to come; winning the presidency makes Mr. Raisi a front-runner to succeed Mr. Khamenei upon his death.

Iranians are fed up. Those who can are leaving Iran; they have given up on working within the system to try and achieve inside-out reform. The prospect of continued protests against the incoming president and his repressive regime are high. The body politic is just too ill, and Iranians rightly feel that the palliative approach has failed. The diagnosis is grim. 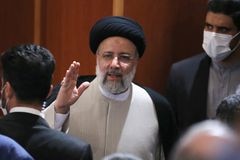 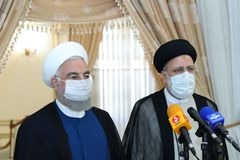