Ted Fraser is a Canadian journalist currently living in Edinburgh.

It’s never good – and always serious – when religion and politics make it into the same conversation. In Scotland, this happened earlier this month. The Church of Scotland, contributing as best they could, advised ministers to “open their doors” for an hour each day so that Scots could ruminate, and pray, about Brexit.

As the deadline looms, ruminating on Judgment Day has become popular among parishioners, politicians and pubgoers alike. In Edinburgh, my neck of the woods, people are divided. Stirling native Cameron Lonsdale says that even though he “doesn’t like the English,” he would rather be with them, and stand behind Prime Minister Theresa May, than not. Assad Khan, an Edinburgh native, disagrees. “All May’s done is make a stronger case for why we should have independence in Scotland,” he told me.

It is difficult to argue with him.

Scots voted overwhelmingly to remain in the European Union. Sixty-two per cent of Scotland – a higher proportion than Wales, England or Northern Ireland – was rolled over when Brexit went forward. As Coree Brown Swan, a postdoctoral research fellow at the University of Edinburgh, told me by e-mail, the fallout around Brexit has made the case for Scottish independence more complex, but also “more compelling.”

The numbers are ominous. A 1,022-person poll from August, 2018, found that if Brexit does materialize, 47 per cent of Scots would be for Scottish independence, with 10 per cent saying they were unsure. This level of support is substantial – and should terrify the United Kingdom.

Days after the initial EU vote, Scotland’s First Minister Nicola Sturgeon asserted that the situation justified another referendum on Scottish independence. Ms. May simply brushed aside the troublesome Scots, lecturing Ms. Sturgeon on how “now was not the time,” and refused to sign off on any referendum.

For the Prime Minister, it’s been downhill from there. In an effort to secure a working majority after the last election, Ms. May wrote the Democratic Unionist Party in Northern Ireland a cheque for £1-billion ($1.76-billion): taxpayer money not going anywhere near Scotland.

Since then, Scots have continued inching away. Five months ago, tens of thousands of Scottish National Party (SNP) supporters marched through Edinburgh, ending with an independence rally next to the National Parliament. In January, hundreds of protesters were back to “stop the clock” on Brexit. Even Ms. Sturgeon, the poised professional, has lashed out, calling the Brexit deal “grubby” and “shameless,” and fuming that the Tories “will stop at nothing to hold on to power.”

As the rhetoric intensifies, the chasm widens – and the Scots drift further.

It was not always like this. For decades, liberal Scotland was in sync with its more conservative neighbours. In 1975, Scots conformed to majority opinion and voted to stay in the European Community. The friendship seemed stable, the future rosy.

Enter Margaret Thatcher. As historian M.K. Thompson writes, most Scottish historians agree that Ms. Thatcher, through her reformation of the welfare state, treatment of striking miners and introduction of the poll tax, “helped polarize the political climate” between Scotland and the United Kingdom.

Ms. May’s actions have made things even worse. Earlier this month, the Prime Minister made headlines across Scotland when she allegedly told Ms. Sturgeon that she “wasn’t bright enough” to understand her Brexit plan.

Michael Keating, director of the Economic and Social Research Council’s Centre for Constitutional Change in Edinburgh, says Ms. May’s actions have “polarized things,” although not enough to give nationalists a majority.

We may be reaching the breaking point. The deputy leader of the SNP has proposed another independence referendum “with or without Westminster’s approval.” Ms. Sturgeon told Sky News that if Scots are to be “taken out of the EU against our will, there’s a mandate … to give the people the choice of independence.”

Brown Swan agrees. The divide over Brexit, she says, “is a clear example of divergence between Scotland and the rest of the U.K. (in particular England) and suggests that Scotland is being overruled by a majority.”

Is England worried about the possibility of losing Scotland? Dr. Keating doesn’t think so.

“People in England don’t care if Scotland becomes independent,” he said. “They don’t want it to happen, but compared with Canada and their attitude to Quebec, you’d be amazed at how relaxed they are at the prospect.”

With indifference from below, condescension from above and alienation all around, Scottish independence is increasingly attractive – and likely. On the ground, things are moving quickly: calls for a separate Scottish currency have surfaced, and the EU has pledged to maintain its Scotland office until further notice.

Insults, rallies, mismanagement, anger: all of this suggests an increasingly tense, uncertain future for Scotland and the U.K. And Ms. May, faced with the Brexit mismatch and blooming Scottish nationalism, will need more than the power of prayer to patch it all up.

Opinion
The Brits should have learned from Quebec’s referendum
March 18, 2019 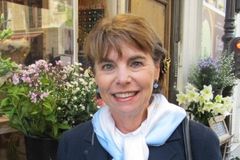 Opinion
The Bloody Sunday prosecution does not heal every wound
March 15, 2019

Opinion
I’m watching my country lose its mind because of Brexit
March 15, 2019 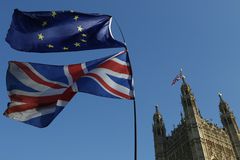