A weird sort of science-fiction calm envelops the cities of France every August. Half the shop windows are shuttered, many restaurants and theatres are dark, every library and government office is closed for the month. The sleepy streets and terrasses look emptier, yet more polychromatic. Most of the more fortunately employed, generally lighter-skinned citizens have left for a month on the beaches, leaving the care of the country and the tourists to the grandchildren of the colonies.

This year, that August calm carries an air of foreboding. The months following September’s rentrée, when millions return to the cities, will test the resolve of Emmanuel Macron, the 40-year-old President who burst into power last year on a pledge to uproot his country’s traditions of work and exclusion. His election obliterated both the political parties that had governed France since the Second World War, and gave his newborn party an overwhelming parliamentary majority that allowed him to rule as if by decree. His only significant opposition has been on the streets, and this fall is likely to see Mr. Macron – his popularity diminished – face his first agenda-threatening confrontations with public anger and entrenched privilege.

France’s August lassitude is rooted in the essence of the modern French economy. Since the 1980s, every French worker with a full-time job has received five paid vacation weeks (and many get an additional two or three as a consequence of the 35-hour work week). A full-time job under the French labour contract, if you could get one, was a highly secure collection of privileges and protections. As a consequence, employers large and small avoided hiring full-time workers; when they did, they hired those they knew and those who looked like them. A big share of France’s working-age population, a segment that tended to be brown-skinned and younger, was left in a netherworld of temporary work and short-term contracts. Or they were unemployed, or inspired to depart in the millions for the more welcoming work forces of Britain and Germany.

Mr. Macron’s electoral landslide was a product of public fury at the failure of the established parties to address this fractured economy. It was also a product of those parties' failure to provide a meaningful answer to the horrific terrorist attacks of 2015. His campaign was unique in linking the two: The Paris attacks, he repeatedly pointed out, were carried out by French citizens who had spent their lives on the wrong side of this labour divide, perpetually excluded from the fruits of citizenship and employment. The impenetrable labour market hadn’t just led to record unemployment, he said – it was a breeding ground for extremism.

Perhaps for this reason, or perhaps because he worked closely with the unions beforehand, Mr. Macron faced little public opposition when he pushed through a series of bills last year that reformed the labour contract, employment laws and employment-tax system with new rules designed to create incentives for job creation. A couple hundred thousand people filled the streets each weekend during the early weeks – far short of the many millions who had forced earlier presidents to reverse their reform attempts. His second round of reforms, this spring, addressed the country’s vast railway system (whose employees were able to retire as early as 50). The trains stopped running, but not enough to paralyze the country.

These modest changes haven’t exactly turned France into an Anglo-American-style laissez-faire wilderness. Mr. Macron is a moderate social democrat and his reforms are backstopped with redistributive state-support policies – and he would never dare touch the five weeks of vacation.

But they have had an effect: Unemployment, for the first time in half a decade, has slipped below the double-digits to 8.9 per cent, still far from Germany’s 3.5 per cent but headed in the right direction. Youth employment is at its highest level since the 1980s. Business investment rose significantly and economic growth saw an uptick – in part thanks to a buoyant Western European economy.

He has pledged to simplify and unify France’s confusing and unequal pensions system this fall and to reform government employment rules to make his country’s sprawling public sector open to new and young workers. This, more than anything, is likely to meet public resistance – it is hard to avoid seeing it as a showdown between “more jobs” and “better jobs.” Mr. Macron might be remembered for putting France back to work – or for meeting the same fate as most of his predecessors. His moment of truth is about to arrive. 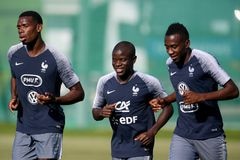