Just for a moment, ignore the huckster in the centre of the circus. Look, instead, at the crowd.

In a rally this week in North Carolina, Donald Trump repeated a smorgasbord of false and racist claims about four Democratic congresswomen – culminating in a call for them to, essentially, go back where they came from. All four women are, of course, American citizens. But in the eyes of the U.S. President and his supporters, they are not truly American – not in the way the people at this rally believe themselves to be. It’s not a question of citizenship, it never was.

At one point in the rally, the President focused his hatred on one woman in particular – Minnesota representative Ilhan Omar, who fled war in Somalia and came to the United States as a child. This is when the crowd, whipped into a frenzy, begins to chant, “Send her back, send her back.” Even by the dismal standards of previous Trump rallies, it was a moment of grotesque and unconcealed viciousness.

But look closely at the faces in the crowd. As they chanted, some of the audience members turned and looked at one another – they looked to one another, searching for the validation that only a communal expression of hatred can provide. Many of them were smiling – not in a way indicative of joy, but sheepishly, almost nervously. It’s the smirk of a high-school bully who’s gotten away with something. Look at the old black-and-white photos of the teenage boys who poured sugar and ketchup on civil-rights activists during the lunch-counter sit-ins of the sixties and you’ll see the same smirk.

Even among Donald Trump’s most ardent critics, there has always been a tendency to frame his political ascension as a kind of anomaly – the result of Russian meddling or a momentarily ill-informed electorate who will in time see the light. This is, for American progressives, a self-defence mechanism, a means of avoiding the unpalatable alternative: that Donald Trump’s supporters have always known exactly what he believes, what he is. The myth of perpetual and overarching American goodness, on which so much of mainstream politics in this country relies, cannot tolerate the idea that tens of millions of Americans might be just as racist as the man they voted for.

But there is no getting away from it now. Whether Mr. Trump himself faces any real consequences for this latest debasement – a move to begin impeachment proceedings against him this week quickly died in the House, with Republicans overwhelmingly standing behind their leader and Democrats split – is almost irrelevant. A base that did not abandon Mr. Trump when he mocked a disabled reporter, when he bragged about sexual assault, when he championed a system of immigrant detention that locks up children in cages, is not about to abandon him now.

Instead, it will once again be the responsibility of Mr. Trump’s victims to live up to a moral standard the President himself can safely ignore. It will be up to the four women he attacked to prove that they are not communists or al-Qaeda supporters or whatever nonsensical slander Mr. Trump comes up with next. This, in a sense, is the power imbalance inherent in a phrase such as “Go back where you came from” – it allows a mediocre man to skate through all manner of vile behaviour unscathed, while people afforded none of his privilege must continually prove that they are sufficiently loyal, sufficiently worthy, sufficiently grateful.

And this imbalance is what will remain, long after he himself is gone. Whether he is impeached or loses the next election or serves two full terms, the damage this man has done to every facet of political discourse in America – the extent to which he has robbed the process of whatever shreds of basic decency it might have once had, or was expected to have – will last for generations. There’s a chance one of his more deranged followers will take it upon themselves to do something more direct than send Ilhan Omar back. And should that happen, it’s a sure bet that all the same Republican leaders who either fanned the flames of this hatred or stood by and did nothing will turn around and feign outrage, will offer Omar’s family their thoughts and prayers, will say they condemn violence in all its forms. The crowds that called for her head will momentarily grow quiet, but they will not stay quiet for long.

Next time the President holds a rally, look at the crowd. Look at that smirk on the faces in the audience, the terrible power of communal hatred. It has been there, in one form or another, during all the darkest moments of American history. And it is here now, not even remotely concealed. The words the crowd chants might change, but the hatred is always the same. 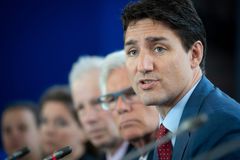 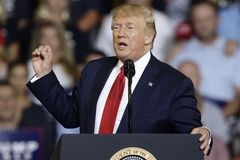