It seems an odd thing to say, for the thrice-elected son of a career politician – John O’Toole, who held elected office at one level or another in Ontario for more than 30 years – as he prepares for his second run at the Conservative leadership. Yet it was obviously intended, a calculated appeal to the popular prejudice that what is most desirable in a politician is that he or she be untarnished, so far as possible, by actual experience in the job.

Imagine. “I’m not a career doctor,” the surgeon boasts, as he prepares to remove your appendix. “I think subatomic physics needs more doers and less lifers,” offers the wannabe nuclear engineer. In what other line of work do dilettantes make a virtue of their inexperience, or veterans attempt to pass as rookies?

Experience in politics is not automatically to be preferred – there’s a place for fresh perspectives and unsullied ideals – but neither is it to be sneered at. What makes a “lifer” is not how long they have been in office but how little they have been doing there; a time-server is defined not by time, but servility.

A career in politics was not always considered disqualifying for a career in politics. Churchill was a career politician. So were Roosevelt and Lincoln, Gladstone and Disraeli, Macdonald and Laurier. The notion that there was a contradiction between “doers” and “lifers” would not have occurred to them: Politics was what one did with one’s life, if one were ambitious and public-minded. And, like most professions, it was one at which one became better with age.

The current idea, by contrast, that politics is basically easy, a business for amateurs and ingenues – that it is possible to enter politics, indeed, at the leadership level, even as a rank beginner – is rooted in a more general decline in respect for expertise of all kinds, at least where it conflicts with our biases and prior assumptions.

This is as much true on the left as the right. The populist right may despise expertise as so much elitist flim-flam, but to the identitarian left it is increasingly irrelevant: Representation – by age, sex, race and so on – is what is on their mind. What is work experience, after all, compared with lived experience? So the United States gets Donald Trump, and we get a cabinet full of 29-year-olds overseen by a high-school teacher. Anything but “career politicians.”

Perhaps I am wrong, but politics has never struck me as easy. It is hard. I don’t mean this necessarily as praise: so is grave robbery. Politics is dirty work, but it is also indispensable, and is best done by those who are good at it. Few are, for politics is rare in the range of occupations it combines: psychologist, lawyer, con man, diplomat, gambler, thug.

They must be confident but not overbearing, aggressive but not alienating, pleasant but not ingratiating. They must be as ruthless at exploiting divisions as they are inspiring in their calls to unity, a moderate who appeals to radicals and a radical who appeals to moderates and, in this country, they must do all this in two languages.

These are not the sort of thing you can just pick up on the fly. Above all, they require judgment, the kind that can only be learned, if it can be learned, at great cost in years and heartache. Indeed, merely to have survived that long is testament enough of ability. Longevity in politics is never accidental: There are too many opportunities to fall through the cracks in the ice, as Jean Chrétien once put it, every single day.

Mr. Chrétien was at one time dismissed as a lifer, if memory serves – “yesterday’s man,” they called him – by people whose bodies were later found in a ditch. Experience in politics not only teaches: it sifts.

Opinion
The perils of the career politician
October 6, 2014

Which federal party has the most 'career politicians'?
July 4, 2011 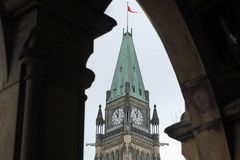