Errol Mendes is a professor of constitutional and international law at the University of Ottawa and editor-in-chief of the National Journal of Constitutional Law.

In 2008, in an effort to avoid a no-confidence vote that he was nearly certain to lose, Canadian prime minister Stephen Harper asked then-governor-general Michaëlle Jean to prorogue Parliament. She reluctantly agreed, but after keeping him waiting two hours for an answer, extracted a pledge from Mr. Harper to bring back Parliament shortly, and present a budget that could win majority support.

The opposition leaders and several constitutional experts – myself included – denounced the prorogation as a fundamental attack on Canadian parliamentary democracy and a precedent that could be repeated by unprincipled governments in a parliamentary system derived from Britain. The Conservatives broke the Liberal and NDP coalition against them with that budget, and the Tories remained in government for another seven years.

Now, in the birthplace of our parliamentary democracy, and perhaps armed with the knowledge of how things went down in Canada, three British Conservative cabinet members visited the Queen at her Scottish Balmoral residence on Wednesday morning to ask to prorogue Parliament, suspending the current session, on behalf of Prime Minister Boris Johnson. It was immediately granted.

The prorogation’s impact is to make a no-deal Brexit extremely likely, even though a large majority of British MPs from all parties had voted against this outcome. The British Parliament will be suspended only days after MPs return in early September, when prorogation will take place no later than Sept. 12 and continue until Oct. 14, only a few weeks before the Oct. 31 Brexit deadline.

Mr. Johnson is claiming he needs the prorogation to introduce new legislation after a Throne Speech. However, on the previous two occasions when prorogation occurred apart from after a general election, the Parliament was suspended for a maximum of 13 working days. At this constitutionally challenged time, Mr. Johnson will be closing Parliament for 23 working days, and this highly tight window makes a no-deal Brexit an almost certainty.

John Bercow, Speaker of the House of Commons, has called it a “constitutional outrage."

“However it is dressed up it is blindingly obvious that the purpose of prorogation now would be to stop Parliament debating Brexit and performing its duty in shaping a course for the country,” he said.

Likewise, Labour Party Leader Jeremy Corbyn has called the prorogation “a smash-and-grab on our democracy to force through a no-deal," while the leader of the separatist Scottish National Party in the House of Commons, Ian Blackford, accused Mr. Johnson of “acting like a dictator."

There is a growing fear that Mr. Johnson’s use of the prorogation to circumvent the strong opposition to a no-deal Brexit by nationalists in Scotland and their representatives in the British Parliament could lead to an eventual successful referendum for independence and a break-up of Britain. The consequences of this constitutional gamble could never be graver.

Several legal challenges against the advice given to the Queen for requesting the prorogation are being mulled, including one by former Conservative prime minister John Major.

British MPs who are opposed to the prorogation will have only a few days to come up with a strategy to undo the impact of the session’s suspension, including proposing a vote of no-confidence in the Johnson government. Not surprisingly, U.S. President Donald Trump, who has been antagonistic to the European Union, supported Mr. Johnson in a broadside at Mr. Corbyn, tweeting that “Boris is exactly what the U.K. has been looking for."

There are major constitutional lessons to be learned from this Brexit crisis, not only for Britain but also for the many parliamentary systems that have been derived from the British model. The reserve powers of the Queen in Britain or the Queen’s representatives in Canada should be regarded as a safety valve for protecting the foundations of constitutional democracy.

However, as now seen both in Canada and in the Mother Parliament, there seems to be an extreme reluctance to go against the advice given by prime ministers on the use of the reserve powers, even when there is ample evidence that its use could undermine the majority of elected members of Parliament. This strikes a dagger at the heart of parliamentary democracy.

It may be time for parliamentarians in both Britain and Canada to discuss how to change this part of the unwritten part of our constitutions and establish restraints on such unprincipled use of prorogation. And with elections looming both here and in Britain, the time is ripe to include such reform in a party platform, so the story doesn’t continue to generate sequels.

Opinion
After Brexit, Canada and the UK will become even closer friends
August 6, 2019 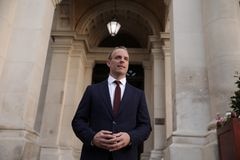 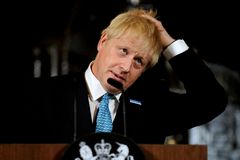 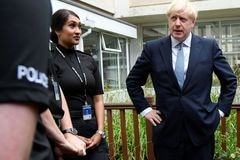