After doing everything in his power to ensure a Liberal defeat in the federal election, Quebec Premier François Legault must now brace for the fallout from his own failure.

While Mr. Legault’s penchant for indulging his paternalistic instincts has generally served him well since winning power in 2018 – with Quebeckers praising his strong leadership in protecting the province’s secularist values and managing the pandemic – it backfired on him in this campaign.

Mr. Legault went further than any Quebec premier in decades in intervening directly in a federal election campaign. He repeatedly warned Quebeckers against the “dangerous” policies of Justin Trudeau’s Liberals, who he insisted sought to centralize power in Ottawa. He praised Conservative Leader Erin O’Toole’s vow to respect provincial authority over health care and extend more power to Quebec over immigration, language and tax collection. He expressed a stated preference for the election of a Tory minority government.

That Quebeckers ignored the Premier’s pleas, denying the Conservatives a long-sought breakthrough in the French-speaking province, clearly leaves Mr. Legault with some explaining to do as his Coalition Avenir Québec government prepares to face voters itself next year.

By spending a significant portion of his admittedly considerable political capital attempting to tip the scales in a federal election, Mr. Legault left himself open to criticism from opposition leaders over his patriarchal style. Gabriel Nadeau-Dubois, the leader of the left-wing Québec Solidaire, accused Mr. Legault of “doing his best Maurice Duplessis imitation,” a reference to the domineering premier who ruled Quebec with an iron fist in the 1940s and 1950s. Quebec Liberal Leader Dominique Anglade quipped that Quebeckers do not “need a premier who plays the role of a parish priest from the 1950s by telling people how to think and vote.”

Mr. Legault’s lock on power may not be seriously threatened in the near term as Québec Solidaire, the provincial Liberals and the Parti Québécois grapple with internal problems of their own. But the federal campaign has exposed a Legault vulnerability that the opposition parties are sure to exploit in the run-up to the 2022 provincial vote – and now, he must also brace for an inevitable cold war with Mr. Trudeau.

The Trudeau government had spent much of the past year bending over backward to accommodate Mr. Legault. It promised to transfer billions of dollars to the province for daycare, backed the CAQ government’s efforts to amend the Constitution to recognize Quebec as a nation and French as the province’s sole official language and tabled amendments to the Official Languages Act to beef up the protection of French in federal workplaces.

Mr. Legault repaid that generosity with some of the most blistering attacks levelled by a Quebec premier on his federal counterpart since the days when Liberal prime minister Pierre Trudeau and separatist PQ premier René Lévesque locked horns over Quebec’s place within Canada.

Still, if the Premier failed in his efforts to sway more Quebeckers to vote Conservative, Mr. Trudeau also came up short in his bid to win additional seats in the province. That leaves Liberals wondering whether the efforts to court Quebeckers by making constitutional and language concessions that went against Mr. Trudeau’s personal political philosophy were worth the sacrifice.

Those concessions were aimed at picking up ridings, particularly in the suburbs surrounding Montreal, that had fallen to the Bloc Québécois in 2019 and were critical to the Liberals’ hopes of winning the majority government they lost in the last election. The plan appeared to be working after Bloc Leader Yves-François Blanchet stumbled out of the starting gate and early campaign polls showed the Liberals poised to make gains in the province. But a question put to Mr. Blanchet during the Sept. 9 English-language debate, asking him to explain his support for “discriminatory” Quebec laws on language and secularism, revived the Bloc campaign overnight. On Monday, it held on to its 2019 gains.

It helped the Bloc that Mr. O’Toole’s shifting position on gun control – he disavowed a platform promise to scrap a Liberal-imposed ban on assault weapons, though remained vague about whether a Tory government would make that ban permanent – also sapped whatever momentum the Conservatives might have hoped to gain from Mr. Legault’s endorsement.

Fully 30 per cent of Quebec voters said the Tory stand on gun control was a deal-breaker for them, according to a Léger poll released on the eve of the election. That was more than double the proportion of Ontario voters who said it made them less likely to vote Tory.

In the end, however, the biggest loser in Quebec Monday night was not Mr. O’Toole. It was Mr. Legault. 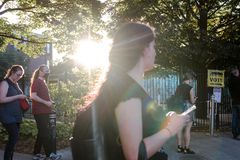 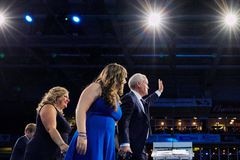