Lawrence MartinPublic affairs columnist
Special to The Globe and Mail
Published May 12, 2020 Updated May 12, 2020
For Subscribers

In December of 2016, outgoing vice-president Joe Biden came to Ottawa shortly after Donald Trump had been elected, and sang the praises of Prime Minister Justin Trudeau.

“The world is going to spend a lot of time looking to you Mr. Prime Minister. Viva la Canada because we need you very, very badly.”

At a state dinner held in his honour, Mr. Biden, who looked much younger then, spoke of Pierre Trudeau. Son Justin got emotional when the Democrat said, “You’re a successful father when your children turn out better than you.”

That Trudeau-Biden love-in was in keeping with the close rapport Barack Obama had with the young PM. With Team Biden, the connections are still tight: in March, Mr. Biden named Jen O’Malley Dillon – who gave the keynote speech at the Liberal convention in 2013 and advised the Trudeau Liberals in their 2015 takedown of Stephen Harper’s Conservatives – as his campaign manager.

Mr. Trudeau, whose relationship with Mr. Trump has often been thorny, will no doubt be cheering on Mr. Biden in the fall election. His hopes will be mirrored by the vast majority of Canadians who have never been more anxious to see a president tossed from office as this one.

Mr. Biden is putting together plans for a massive economic overhaul to respond to the coronavirus cataclysm. As one headline put it, he’s proposing “an FDR-sized presidency.” Indeed, the economic collapse calls for nothing less than a channelling of Franklin Delano Roosevelt in 1932. The number of Americans unemployed, including those who have given up looking for work, now exceeds the entire population of Canada.

The groundbreaking stewardship of FDR led the U.S. out of the Great Depression – but not to be forgotten is that his radical reform agenda was pivotal in helping rescue the Canadian economy in that decade.

Today, such American leadership is in demand again. Given the extent of Canada’s continuing American dependence – especially since the likelihood of protracted deprivation and penury from the pandemic is high – our restoration and resurgence may well depend on it.

Prime Minister Mackenzie King was a staunch Liberal, but cautious, not one to have concocted a radical reform program like the New Deal. But FDR lit the path for him.

In his second term as prime minister, King blew an opportunity to have Canada exempted from the crippling Smoot-Hawley tariff of the Hoover administration. Herbert Hoover wanted rights to the joint development of the St. Lawrence Seaway in exchange for the tariff concession but King demurred and lost the 1930 election. Canada’s economy unravelled under his successor R.B. Bennett, who stubbornly resisted big government interventionism.

At the 11th hour of his administration, Mr. Bennett drew inspiration from FDR’s transformative work – a young civil servant named Lester Pearson even wrote a speech for him extolling it – but the conversion came too late.

King returned to power for a third term in 1935 and immediately rushed to FDR’s doorstep. They quickly worked out a liberalized trade deal that ended the ruinous protectionist run that had reduced bilateral trade to just one-third of the 1928 level. In his diary, King wrote that the treaty was “the greatest political achievement of my life.”

He moved in concert with FDR, who had a family cottage on New Brunswick’s Campobello Island, and they developed such a companionship that he read to the president at his bedside. They signed pivotal economic and defence agreements.

FDR, as Ralph Allen wrote in his stellar history Ordeal by Fire, was adored more by Canadians than Americans. Canadians saw his New Deal “as a rallying point for all humanity and heard its gospel as a mighty shout.” They were inspired by “the idealism he seemed somehow able to sustain against every hazard and disaster.”

Joe Biden is no FDR. But he is the best hope Canadians have now, both for Liberals as well as many Conservatives despairing of the Trump presidency.

Liberals have long been beneficiaries of Democratic presidents. John F. Kennedy helped Mr. Pearson defeat John Diefenbaker. Bill Clinton came to the aid of Jean Chrétien in the 1995 Quebec referendum, and with his magnificent speech on federalism in 1999. The popular Mr. Obama intervened late in the 2019 federal election to help Mr. Trudeau, tweeting that "the world needs his progressive leadership now.”

Given the Biden-Trudeau rapport, the trend, should Mr. Biden defeat Mr. Trump, could well continue. Far more than partisan politics are at stake. Mr. Biden needs to take inspiration from FDR to revive his own country – and, by extension, help revive this one. 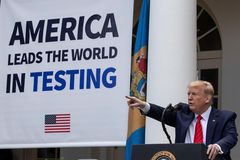 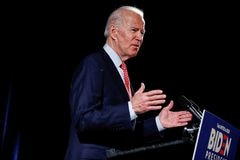