Brent Davis is currently a Werklund Research Professor at the University of Calgary.

John Mighton is a writer and mathematician and is the founder of Jump Math, a charity dedicated to helping children learn math.

On Wednesday, math scores for Ontario students in Grades 3, 6 and 9 were released by the Education Quality and Accountability Office; they revealed that the percentage of students who met the provincial standard has dropped for students in Grades 3 and 6, and remained relatively stable for Grade 9 students. There is a risk that this will add more fuel to the province’s math wars, which flared up again during this year’s provincial election campaign. We think there is a better way forward. Here’s why.

The phrase “math wars” was coined several decades ago to refer to accelerating disagreements around school mathematics. Today, the clash in opinion is most often expressed as a divide between “back-to-basics” and “reform math,” which is also described as “discovery math.” Advocates of back-to-basics tend to think of math as a traditional subject that is fact-focused, teacher-centred and test-heavy. Precisely opposite descriptions – understanding-driven, learner-centred and problem-rich – are associated with “reform” math. In popular accounts, the math wars are usually traced to the 1980s, but the debate actually reaches back at least four centuries, associated with conflicting philosophies of education and divergent conceptions of mathematics.

There have been similar debates in other school subjects. For example, reading education once focused primarily on helping students learn skills for deciphering symbols and rules for structuring written text. It was assumed that students who could decode sentences would also understand them. But now educators recognize that decoding and comprehension are both necessary elements in a “balanced” approach to teaching reading.

Unfortunately, the idea of balancing doesn’t work to resolve the math wars, and the reason might be a little surprising. It may appear that one side asserts that schools should focus on teaching technical skills in math while the other believes they should focus on teaching for deep understanding. However, the sides really aren’t that far apart on this issue. Few traditionalists would now say that learning math is just a matter of memorizing facts and rules, just as most reformists now recognize that mastery of basic facts and rules is necessary for higher-order thinking. On this count, for the most part, both sides have compatible intentions. However, challenges arise when discussions shift from what to teach to how to teach. This is where the debate between “direct instruction” and “inquiry learning” continues. Educators are often asked to choose between teacher-driven explanations of isolated topics and learner-driven explorations of whole concepts in rich settings.

Each side seems to have a compelling argument for its view. Proponents of direct instruction assert that mathematics is well-defined and unambiguous, and so it should be delivered efficiently and with fidelity. They argue that it’s ridiculous to expect high school students to “discover” concepts that eluded all but the best-prepared minds until quite recently. Advocates of reform counter by noting that learning is not about “acquiring” objects of knowledge. No thing passes from teachers’ instructions to learners’ minds. Rather, learning is about building understandings from personal experiences. For instance, when asked for a quick definition of “number,” most people respond in terms of counting. That interpretation is limiting, and learners who haven’t incorporated additional meanings (for example, size, distance, location) are disadvantaged as early as upper elementary. The raw material for enriched understandings are found in personal action and interpretation. That’s why reform advocates contend that presenting mathematics as a purified or standardized form of knowledge risks making it meaningless while suppressing curiosity and motivation.

To move forward in the debate, it helps to look at how mathematics is framed for students. Mathematical knowledge is not an “object” or collection of facts that a teacher can simply hand off to students, but neither is it a web of concepts that are self-evident or embedded in experience; mathematics is a complex, evolving combination of what we might call “principles” and “logics.” Principles are regularities, patterns and common features, such as the idea that numbers can be used to describe and compare collections of separate things, or that the shortest distance between two points in normal space is a straight line. In learning math, we combine basic principles into more abstract and more powerful principles using various logics – for example by reasoning logically through sequenced chains of argument (such as one is less than two and two is less than three; so one must be less than three) or by reasoning analogically (such as noticing that different physical processes, such as movement in a straight line, elapsed time and growth can all be interpreted in terms of addition). If we see mathematics in this way, we can better understand what the teaching of mathematics entails. A good teacher will offer exercises and activities that channel learners’ attentions to relevant principles and encourage appropriate use of different logics by systematically juxtaposing clusters of such experiences.

An analogy might be drawn from research into how people learn to play chess at competitive levels. Intuition might suggest that playing game after game is key, but cognitive scientists have found players advance more quickly by doing exercises that offer incremental challenges but that don’t overwhelm working memory. Both automaticity and strategy can be effectively developed through, for instance, playing a mini-game with just a few pieces, analyzing a single position in-depth and studying sequences of moves by master players. Such conclusions aren’t specific to chess. Research on expert performance across domains consistently reveals that people learn best when they are engaged in a way that doesn’t exceed the limits of their working memories.

Such research highlights that each side of the math wars is correct about something. Traditionalists are right to argue for carefully structured learning situations and ample practice. And reformists are right to insist that powerful learning is more likely when practice is embedded in rich and personally meaningful situations. Together, these insights point to the need for fine-grained analyses of mathematical concepts, skilled design of learning situations to help learners notice and make connections, constant awareness of students' evolving understanding and flexibility to adapt teaching approaches depending on how students are progressing.

This work is complicated and difficult, and it’s unreasonable to expect teachers to manage every aspect. For that reason, we prefer to think of mathematics teaching as a partnership of classroom teachers, educational researchers, resource developers and others. Partners outside the classroom have a responsibility to support teachers by drawing on insights that are grounded in cognitive science, guided by evidence and inspired by the knowledge that students can become not just competent, but proficient in mathematics. 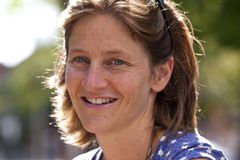 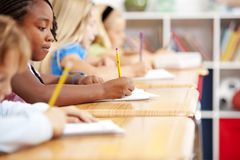