On April 24, a Hong Kong district court sentenced nine leaders of the pro-democracy “Umbrella Movement” of 2014 on public-nuisance charges. Two of the Umbrella Nine face 16 months in prison, while others received eight-month sentences.

We are long used to black being white in mainland China – where the facts are being turned around, and where people pushing for positive changes are being punished – but increasingly it feels like that in Hong Kong, too.

It was another tough outcome in a tough year for Hong Kong. We are bracing for amendments to extradition laws that, if passed, will allow the Hong Kong government to hand over people to China for alleged crimes committed in the mainland, a terrifying prospect given the Chinese government’s well-known tactic of jailing critics on trumped-up charges.

We are also bracing for a national anthem law that will penalize people for “disrespecting” the Chinese national anthem with up to three years in prison. For children who “disrespect” the anthem, the Hong Kong secretary of education said, it would be “up to the school to decide” whether to “give them a bit of punishment.” The fact that people in Hong Kong – who experienced freedom prior to the handover to China in 1997 – have to worry about their children being punished for failing to sing the Chinese Communist Party’s praises is becoming a deeply depressing reality.

In the five years since the Umbrella Movement, in which hundreds of thousands of people took to the streets for months peacefully demanding democracy – a call that remains unanswered – the Hong Kong and Chinese governments have only hastened their pace in undermining freedom in the city.

They have ejected elected legislators from public office and disqualified candidates whose views they dislike, barring them from running. They have banned a political party that peacefully promotes Hong Kong independence. They have retaliated against the Foreign Correspondents’ Club for hosting a talk on Hong Kong independence. They have prosecuted dozens of Hong Kong pro-democracy leaders. They have harassed Hong Kong activists and their family members – while they are in the mainland. A bookseller and a tycoon – both holding foreign passports – were abducted from Hong Kong into the mainland under murky circumstances.

Following the verdict for the Umbrella Movement leaders, Hong Kong stayed quiet. But the fact that people have not returned to the streets does not mean they no longer care. Many are feeling hopeless and resigned. Others are intimidated. But much of the political consciousness that blossomed during the Umbrella Movement has remained in the hearts of many people.

This consciousness has nourished an ever stronger Hong Kong identity. Many people, particularly young people, are affirming their identity as Hong Kongers, partly by increasingly expressing interest in anything “local.” Bookstores have been prominently displaying books about Hong Kong history, many written by Hong Kong people. The independent film industry has turned toward exploring social and political themes; Ten Years, a dystopian movie about Hong Kong in 2025, became a surprise box-office hit in 2015.

Young people are increasingly interested in conserving cultural heritage important to Hong Kong, such as reviving the practice of growing rice. Identification with China, and feelings of affinity toward mainland Chinese, have both hit a record low, according to a Hong Kong University poll.

What is happening in Hong Kong is a familiar story, particularly along China’s periphery: The more the Chinese government represses a minority, the more that group asserts its distinct identity. The outcomes for groups such as Tibetans and Uyghurs have varied, from having their religions “Sinicized” to being arbitrarily detained in “political education camps” to “correct” their thoughts, but none of what has happened to them has been good.

But Hong Kong is also a unique story. It has served, for the last 100 years, as a safe haven for thinkers and activists of all stripes and opinions from mainland China. The Chinese government is now trying to eliminate this last vital pocket of freedom in Chinese territory as President Xi Jinping tightens his grip.

The Chinese government may yet succeed. Or, as the 75-year-old Rev. Chu Yiu-ming, convicted for being one of the Umbrella Nine leaders, said in his closing court statement: “We will not give up.” 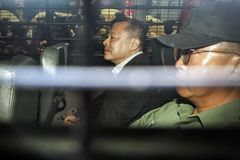 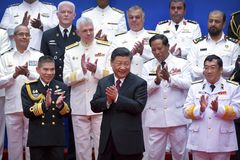 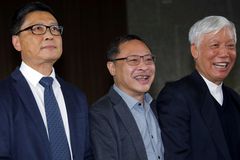