John Ibbitson is a writer-at-large for The Globe and Mail. His latest book is Empty Planet: The Shock of Global Population Decline, co-authored with Darrell Bricker.

We’ll leave it to others to explain why men generally don’t like looking after people. But it’s a fact that caregivers are overwhelmingly women. And since governments are facing massive increases in the costs of caring for older Canadians, women need to make sure they are in positions of power. Otherwise, the burden will fall on them, while the boys play with their toys.

In North America today, women still do almost all of the caring. According to Priceonomics, which analyzed data from the United States, more than 90 per cent of babysitters are female. In Canada, three-quarters of public school teachers are women, along with more than half of all physicians under the age of 40 and 90 per cent of nurses.

Personal support workers are the backbone of the long-term care system. There are around 100,000 of them in Ontario, alone – the underpaid and overworked caregivers who, literally, do the heavy lifting of caring for the frail and elderly in homes and nursing homes. More than 90 per cent of PSWs are women; about 40 per cent were not born in Canada. Their work is difficult and can be dangerous if the patient is violent due to dementia. They make little more than minimum wage.

“We are not valuing this incredibly difficult and important work,” says Chi Nguyen, director of Toronto-based Social Innovation Canada. “When you consider the kind of personal care and support and dignity you are giving to another human being, and the kind of emotional sensitivity that’s required to do that job competently, it’s incredible that they get paid as little as they do.”

One reason they are not paid better is that personal support workers supplement the work of family members, who provide about three-quarters of all long-term care. According to Statistics Canada, women are twice as likely as men to provide intensive, repetitive care, such as bathing and dressing older family members, while men are more likely to carry out home maintenance.

This is how we sustain the long-term care system for older citizens today. But as the baby boomers age, the cost of caring for the elderly is expected to triple over the next three decades, reaching $71-billion annually in 2050.

To sustain people at home and in long-term care facilities, federal and provincial governments will face difficult choices. The options include some combination of:

These choices will affect women more than men because women already devote so much time to care. But although Prime Minister Justin Trudeau has mandated that half of all federal cabinet positions be filled by women, men continue to dominate Canada’s power structures. Caroline Cochrane of the Northwest Territories is the only female premier. Nine of the 14 federal, provincial and territorial finance ministers are men.

Imagine a meeting between a prime minister and finance minister, both men, around budget time. Demands are many and revenue limited. If the choice is between replacing some aging frigates or increasing the budget for home care, the men may incline toward the navy, knowing their wives or sisters will make sure mom and dad are looked after.

But if the prime minister and finance minister are women who are dealing with the challenges of their own aging parents, maybe increased funding for personal support workers would take priority.

“When you have more women in positions of political power, you see them making more decisions that are good for local communities,” says Therese Huston, a cognitive psychologist at Seattle University and author of the 2016 book How Women Decide.

Although Dr. Huston is not aware of any specific research on how women and men decide on policy issues affecting families, “the research shows women making more collaborative decisions, bringing more people’s needs into the conversation than men do," she said in an interview.

"That may mean that women will do a better job of looking out for a broader range of needs, because they take more people’s needs into consideration.”

Even if men are left in charge, market forces and electoral considerations will force change. As Bonnie-Jeanne MacDonald, director of financial security research at Ryerson University’s National Institute on Ageing, observes, approximately 6.1 million Canadians, or 35 per cent of the work force, balance career and caregiving responsibilities at the same time.

“With smaller families, fewer adult children, and many of those female adult children in the work force, sustaining this level of unpaid care will be a challenge as Canada’s population ages,” she says.

While the challenges of an aging society affect women more than men in their role as caregivers, everyone is affected equally as receivers of care.

In some ways, it’s "self-interest” for women to be in positions of power where decisions about the future of long-term care are made, says Ms. Nguyen at Social Innovation Canada. “But actually it’s a collective societal interest in investing in the mechanisms that are going to keep us all healthier longer, with better living opportunities.”

There is no greater policy challenge for Canada’s governments than caring for a growing, aging society. Everyone would benefit if women managed that change at the cabinet table, as well as at home. 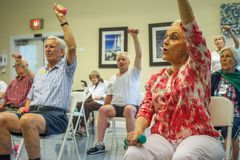 Opinion
Older, longer: The super-aging of Canadians has taken everyone by surprise
January 28, 2020 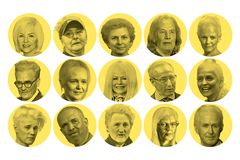 Opinion
When cancer and motherhood collide
May 12, 2019 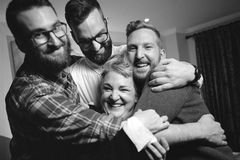