Lloyd Axworthy was Canada’s Head of Mission for the Canadian Election Observation Team in Ukraine.

Through three rounds of elections in Ukraine last spring and summer, the people of Ukraine used the power of the ballot box to overwhelmingly support the candidacy of Volodymyr Zelensky, a TV personality who coincidentally rose to fame playing the role of a fictional president.

What was clear from the results in what was generally a fair election is that a broad cross-section of Ukrainians were hoping that Mr. Zelensky would begin reform of an oligarchic, corrupt system of governance and end Russia’s occupation of the Crimea and Donbas region.

The opportunity for transformative change was at hand. There was optimism that with the support of key players in the international community, the reinforcement of independence of a strong, united Ukraine would be a counterpoint to the efforts of Vladimir Putin to control the strategic region of Eastern Europe and would offer an example of a functioning democracy, in contrast to the authoritarianism in Russia.

Alas, that promise is beginning to go astray. The corrupt political agenda of Donald Trump has embroiled Mr. Zelensky in Washington’s political furor. Mr. Zelensky’s reputation has been besmirched by showing him trapped as an accomplice in Mr. Trump’s efforts to investigate Joe Biden and his son.

One can sympathize with the Ukrainian President feeling vulnerable to extortion by a hold-back of needed military support. It doesn’t excuse him from his efforts to whitewash the clear intent of Mr. Trump to betray the constitutional standards on non-interference in the domestic elections of the United States.

This Trumpian imbroglio has been compounded by Mr. Zelensky’s acquiescence to pressures from France and Germany to adopt what’s known as the Steinmeier formula, granting autonomy to Donbas. Many in Ukraine see this as clear capitulation. Russian politicians described the signing of the deal in principle as a victory for Russian diplomacy.

So rather than a co-ordinated, constructive, combined approach from countries favourable to Ukraine that secures the principles set forth in the 2014 revolution, the Zelensky government must contend with the grubby, self-serving calculations of its so-called friends.

To further complicate matters, in Ukraine (a country largely missing an appropriate system of accountability), the Zelensky-dominated Parliament has adopted a judicial-reform law that essentially places the judiciary under the control of the executive.

This resulted in an appeal by the ambassadors of Canada, Britain, Germany and the EU to the Speaker of Ukraine’s Parliament, Dmytro Razumkov, expressing concerns about the suppressive elements of amendments in judicial reform. The American Chamber of Commerce in Ukraine and the European Business Association have called on Mr. Zelensky to veto the law passed by his own party’s majority.

The actions of Mr. Zelensky’s government appear aimed at establishing a regime in Ukraine where the checks and balances necessary for a working democracy do not exist. An attempt to build a state in which the President and his administration control all branches of government, media, business and society is a worrisome development.

And where is Canada in these low-grade manipulations? Ukraine, since its independence, has been a key priority for both Liberal and Conservative governments. Canada made a major investment, including a large contingent of dedicated Canadians who gave of their time to support the integrity of the election process. The importance of Ukraine is clearly recognized.

Discussion of the future relationship between Canada and Ukraine was largely absent during the federal election campaign, however. But bipartisan agreement on active engagement with Ukraine could be a unifying cause in the new House of Commons.

In a recent speech, Prime Minister Mark Rutte of the Netherlands called for a more concerted and creative action by middle powers to fill the gap left by the stalemate of the big powers and the breakdown of multi-lateral co-operation. He said, “We have to respond to the shifting global balance of power. As middle powers, we must act in concert if we want to make sure our voices are heard.”

Mr. Zelensky must hear these voices challenging the meddling of the Americans and some Europeans. Ukraine needs to receive resources and aid that reinforce anti-corruption efforts, economic renewal and the preservation of its independence. Most crucially, Mr. Zelensky must return to the path of democratic reform and defence of Ukraine’s national interest against Russia’s invasion.

Further backsliding will quickly lead to loss of domestic support. Ukraine needs to know that they are important to others – not as a pawn, but as a partner. 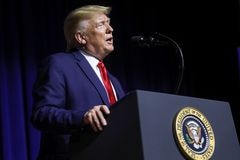 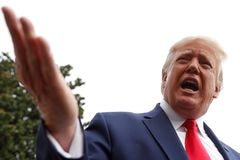