Ben Rowswell is the president of the Canadian International Council, a foreign relations think tank based in 15 cities across Canada. He was Canada’s ambassador to Venezuela from 2014 to 2017

Venezuela is living through a crisis as dramatic as 1958, when it became the first Latin American country to reject military dictatorship. This time, a President who presided over a devastating economic collapse and dismantled its democratic system of government has been handed a verdict by his citizens. Even if Russian and Chinese intervention in Venezuela keeps him in power a while longer, history will remember how profoundly his fellow citizens and the majority of Latin America have denounced him. When democracy returns, Venezuelans will remember the countries that stood by them when the chips were down.

That our country stands so prominently among these comes as a surprise to many Canadians. It is the product of 18 months of effort over which the Trudeau government has carved out a uniquely Canadian approach to democracy promotion.

The rudiments of this approach can be traced to the summer of 2017, when Nicolas Maduro suspended the constitutional order. In July, he installed a new body with absolute powers to rule over democratically-elected representatives and to stage-manage future elections.

Canada’s reactions to this de facto coup d'état revealed three core principles. The first was revealed in Foreign Affairs Minister Chrystia Freeland’s call on the Maduro government to respect the “sovereignty of the people.” Principle No. 1: Sovereignty rests with the citizens of a country, not the governments that rule them.

That same month more than seven million Venezuelans came forward to reject Mr. Maduro’s actions in the largest exercise of civil disobedience in Latin American history. Canada stood with the people of Venezuela following that consultation. Principle No. 2: The initiative for restoring democracy must come from the people of that country.

In August, 2017, Canada founded the Lima Group with 14 countries from Latin America and the Caribbean. This is the group that worked with the National Assembly, Venezuela’s last legitimately elected body, to build regional consensus in support of the legislators’ efforts to restore democracy. Principle No. 3: International support for democratic aspirations is best delivered collectively.

It was the quiet diplomacy of the Lima Group that ensured such wide acceptance throughout Latin America of the installation of Juan Guaido as interim president on Jan. 23.

Some commentators, such as the NDP’s Svend Robinson, preferred to focus on the statements of American politicians rather than these voices from the region. “It is shameful that the government of Canada and Justin Trudeau is lining up with Donald Trump” he told reporters in the British Columbia riding where he is seeking election.

Under U.S. President Donald Trump, the American approach to democracy promotion has been strikingly different to Canada’s. He has consistently and recklessly boasted about his willingness to use military force to secure the outcome he seeks in Venezuela.

This might seem logical in a country that invoked democratic objectives in sending troops to invade Iraq illegally in 2003. But it is offensive to many Canadians, who understand foreign military intervention is a violation of popular sovereignty, not a means to uphold it.

The United States is not content to let citizens of repressive countries lead their return to democracy. The day before Venezuelans were set to pour into the streets to commemorate the Jan. 23 anniversary of their 1958 democratic revolution, Vice-President Mike Pence stole the limelight by calling on Venezuelans to do what they were already planning to do anyway. All this pointless unilateral statement accomplished was to prompt international media to misunderstand who held the initiative in the mass protests that emerged.

Many American organizations make important contributions to advancing democracy around the world. I was lucky enough to work for one, the National Democratic Institution, as it trained tens of thousands of Iraqis as election observers in that country’s first democratic election in 2005.

This is not, however, an auspicious time for the U.S. to be promoting democracy outside its borders. Mr. Trump celebrates authoritarian leaders abroad and undermines democratic norms at home, from his admission in the 2016 election that he would not acknowledge the results if he lost, to his demonization of independent media.

Amid the confusion Canadians have demonstrated in response to the Venezuelan crisis, perhaps it is time for the government to articulate its new approach to democracy promotion publicly.

The three principles the Trudeau government has applied to Venezuela could apply globally with little adjustment to existing policies.

It is in Canada’s interest and our foreign policy traditions to support the democratic aspirations of other countries. The time has come to acknowledge that we have our own unique way to do so. We must not shy away from distinguishing ourselves from the U.S. whose commitment to democracy has wavered. 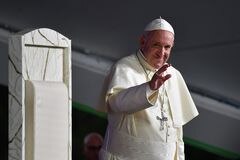 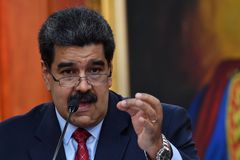 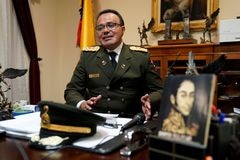