Jessica Davis is a former CSIS intelligence analyst, author of Women in Modern Terrorism and president of Insight Threat Intelligence.

In February, a 17-year-old man allegedly stabbed two women in their Toronto workplaces, killing one. Now, that attack has led to a historic first: On May 19, the RCMP and Toronto Public Service announced that the murder and attempted murder charges would be regarded as “terrorist activity.” The ideology that their investigation asserts incited the attack? Involuntary celibacy, or the “incel movement” – a loose collection of people, primarily men, who interact online and share their frustrations about a lack of access to sex, relationships, women and social status.

This is the first terrorism charge worldwide relating to incels, and it is only the second time in Canada that terrorism charges have been brought against an individual for activities not tied to al-Qaeda or inspired by the Islamic State. But it’s past time that Canada, and the rest of the world, started treating this movement as terrorism.

The incel worldview is part of the broader “manosphere,” a collection of anti-feminist and misogynist blogs, websites and forums that promote gendered prejudice and defend crimes against women. Incels, speaking in terms of “uprisings” and “rebellions,” seek a return to a patriarchal society of their own imagination, where women are subservient and their rights are curtailed.

Incel violence is believed to have led to around 50 deaths in Canada and the United States since 2014, including 10 in a 2018 van attack in Toronto. But more people may have been inspired to violence by the movement. Some have suggested that the 1989 massacre at Montreal’s Ecole Polytechnique could also be categorized as this type of violence.

Incel tactics – including shootings, vehicle rammings and stabbings, which are perpetrated by lone actors cheered on by an online community – reflect current trends in terrorism. The online nature of the movement also mirrors other terrorist groups that use the dark web and encryption.

But is this really terrorism? While the incel movement may not seem overtly or explicitly political, it is hard to see it as anything but. It perpetrates violence that targets a specific segment of the population and seeks to incite fear. That violence is also a means for incels to express grievances. While the movement does not have a clearly articulated objective, this is also the case with many other forms of terrorism.

Incel forums are home to extensive “chatter” advocating violence. This makes it hard to determine who in these forums will take action and present an actual threat. Fortunately, law enforcement and security services have experience and tools to help them separate talk from action.

Incel violence goes beyond the broader definition of violence against women because it generally targets victims who are unknown to the perpetrator, and the victims are not exclusively women. Most other forms of femicide are perpetrated by people known to the victims. This is critical from an investigative perspective; in order to effectively combat a threat that could manifest against anyone, different tools need to be applied. This means incel violence needs to be tackled by deploying the counter-terrorism toolkit – which includes the RCMP’s Integrated National Security Enforcement Teams and the Canadian Security Intelligence Service. CSIS can also leverage other intelligence capabilities such as financial intelligence from the Financial Transactions and Reports Analysis Centre of Canada, signals intelligence from the Communications Security Establishment and foreign intelligence from allies. These are powerful tools that can help prevent terrorist violence.

It’s possible we will see similar charges brought against individuals for crimes they have already committed or charges for people under investigation who may be planning incel-motivated violence. The government may also be inclined to list the incel movement as a terrorist organization. This latter step, however, would be of marginal utility. The listings process is most useful in restricting a group’s finances, and incels have neither the structure nor resources of an organization. To date, their attacks have been entirely self-funded. Additional emphasis and information on this threat would help, however, in CSIS and Public Safety Canada’s annual reports, where descriptions and updates on the movement would underscore the appropriateness of using our national security agencies’ investigative tools.

Successfully prosecuting incel violence as terrorism – and it remains to be seen how this particular case will play out – will send an important signal to the broader incel community and set an important precedent internationally. After all, stopping incel violence before it manifests is in all of our security interests. 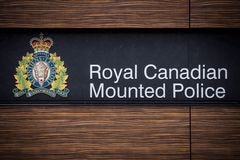 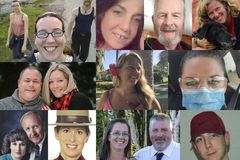 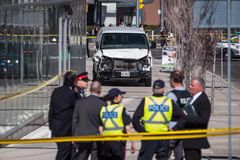