“A politician calling for support for free media might sound like a turkey advocating for Christmas,” quipped Britain’s Foreign Minister Jeremy Hunt, at the start of the Defend Media Freedom conference in London last week.

The room laughed – but he had a point. Without free media, there is no real government oversight. Without oversight, it’s a slippery slope from democracy to demagoguery.

And unfortunately for democracy, free media is in crisis. From within, journalists face a crisis in the business model. Approximately 12,000 journalism jobs in Canada have disappeared. Advertisers have fled to the precision marketing of Google and Facebook. News media fill space with attention-grabbing opinion, confusing readers in the process. Public trust in journalism erodes.

From the outside, journalists face a surge of attacks. Reporters without Borders’ Press Freedom Index shows that 2018 was the deadliest year on record for journalists, with almost 100 killed worldwide. This year hasn’t been much better: Just one day after the conference closed, Somali-Canadian journalist Hodan Nalayeh was killed in the city of Kismayo.

As traditional media suffers, social media has surged. More than two billion people – a quarter of the world’s population – are now on Facebook. Yet, those running such platforms are unwilling to play the role of publisher, shirking the responsibility to guarantee accuracy of content. As a result, we are now buffeted by a sea of lies.

As press-freedom icon Maria Ressa puts it: A lie told a million times becomes the truth. That distorted “truth” then distorts democracy.

Social-media companies have been slow to address how public opinion has been manipulated for political ends. Elected leaders with strong authoritarian tendencies, such as Rodrigo Duterte in the Philippines, Jair Bolsonaro in Brazil, Viktor Orban in Hungary and Donald Trump in the United States – who have themselves benefited from disinformation campaigns on social-media platforms through bot attacks and harassment of journalists – spout nonsensical maxims about the press, only encouraging more acts of violence against journalists. But with traditional media’s credibility and capacity to call out lies and assert facts considerably weakened, citizens now head to the polls underinformed at best and, at worst, deliberately misinformed.

And with an election looming in Canada, our own intelligence agencies have warned that the same kind of activity is already under way here.

So, it is encouraging that Mr. Hunt and his Canadian counterpart Chrystia Freeland co-hosted this conference, to build a global consensus of support around the urgent need to defend media freedom, and lay out plans for action (Canada will play host to the next one in 2020). Forty-five foreign ministers showed up, along with more than 1,500 representatives from press-freedom agencies, non-governmental organizations and journalists from across the Global South.

It certainly wasn’t perfect. Mr. Hunt’s “turkey” joke landed so well because of the obvious awkwardness of a government-managed free-media forum. The private sector – including both technology platforms and members of the mainstream media – was mostly absent from the conference agenda. Embarrassment ensued when government officials tried to deny access to two outlets, including Canada’s Rebel Media, during a scrum.

Many NGOs’ calls to action went unanswered, too. Despite a proposal by media-development funder Luminate for governments to contribute to a new $1-billion fund for media training and legal support, actual conference commitments fell short. While Canada has definitely stepped up its funding of media, the British government committed roughly $30-million over three years at this conference; it had invested $147-million over five years into just one media development agency, among many other initiatives, just eight years ago. A coalition of civil society organizations that had called for the release of all imprisoned journalists, the end of attacks on journalists and a commitment to investigate and prosecute those who do murder them, also failed in its mission.

But while the conference’s initial outcomes may seem like inadequate baby steps, what has been achieved is an urgency to act, and the bones of a global community of support. Twenty-five foreign ministers have signed a joint declaration to address “challenges to freedom of expression in the next decade,” a pledge to, in part, promote an “enabling environment” for freedom of the press – a tactic that Journalists for Human Rights, the media-development organization I run, has seen success with in South Sudan.

It’s far from enough, but in light of the backsliding on this file, it is an important start. After all, without a free media, societies lose the capacity for free thought. And with that gone, all of our other freedoms go, too. 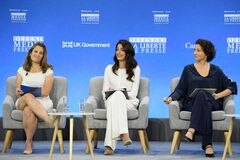 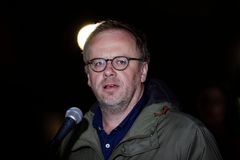 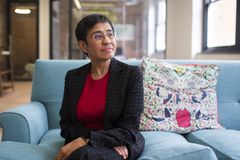