Ratna Omidvar is an independent senator from Ontario. Deepa Mehta is an award-winning film director.

In recent months, a populist turn of events in India has tarnished Gandhi’s vision and the country’s future as the world’s largest secular democracy.

We were born in the same provincial city in post-colonial India. We grew up on a steady diet of stories about the fight for independence. Our parents burned their Western-spun clothes as part of the national protest against England and donned home-spun khadi in support of Mahatma Gandhi’s dream of a free, democratic and secular India, home to a new nation for many cultures, languages and religions.

Through twists of fate, both of us find ourselves in Canada as grateful and engaged citizens of this country. But we continue to take an abiding interest in India, its people and its politics. We are both therefore saddened and dismayed by the developments in our country of birth.

In 2019, the Parliament of India amended the Citizenship Act to provide a path to citizenship for members of Hindu, Sikh, Buddhist, Jain, Parsi and Christian religious minorities who fled persecution in Pakistan, Bangladesh and Afghanistan before December, 2014. It’s the first time religion has been overtly used as a criterion for citizenship under Indian nationality law.

The amendment has been widely criticized as discriminating on the basis of religion, in particular for excluding Muslims. The Office of the United Nations High Commissioner for Human Rights called it “fundamentally discriminatory,” adding that while India’s “goal of protecting persecuted groups is welcome,” this should be accomplished through a non-discriminatory, “robust national asylum system.”

The government has defended its position by pointing out that Pakistan, Bangladesh and Afghanistan are Islamic countries, where Muslims are unlikely to face persecution. This argument fails to take into account that certain minority Muslim groups, such as the Hazaras and the Ahmadiyyas, have faced and continue to face persecution in these countries. In addition, there is widespread concern that the bill, coupled with the new National Register of Citizens, would render many Muslims stateless, as they may not be able to meet the stringent birth certificate requirements.

Indians have not stayed quiet in the face of this discriminatory law. Intellectuals, artists and particularly young students are speaking out with courage. Women are the leading voices in many cases. Sadly, the media and the courts appear to have largely succumbed to political and populist pressure and fallen silent.

The 17.5 million Indians who comprise the world’s largest diaspora have been watching carefully. Demonstrations were held in New York, Toronto, San Francisco and Connecticut on Jan. 26, India’s Republic Day. They were joined by leaders of civil rights groups such as Reverend Chloe Breyer, the executive director of the Interfaith Center of New York. She noted that Martin Luther King Jr., who was inspired by Gandhi, “called to speak for the voiceless.” She went on to say that the Citizenship Act “makes an enemy of India’s own precious people, damaging the pluralistic democracy that has existed since 1947 and has been such an inspiration to the world."

What has inspired us the most is the involvement and initiative taken by young people. In Toronto, peaceful protests have been planned and led by university students. These students light the way forward for the rest of us. Their unwillingness to walk away from the reality of the situation and their passion to stand by what’s right for humanity has been so moving.

Canadians and in particular Indo-Canadians need to add their voices to those demanding a repeal of the act. We need to remember that the persecution of one group or one religion or one culture opens the door to the persecution of others. As the world seems to increasingly fall prey to strong-man politics, we should do our best to ensure the health of the world’s largest democracy.

We, proud Indo-Canadians, find ourselves labelled “anti-Indian” because we are against the bill and its nature. But the truth is that it is our very “Indianness” that makes us feel so fiercely indignant about what is happening.

It is said that you can take an Indian out of India but not India out of an Indian. And this has never been as relevant as it is today. Though we are not in India dealing with the immediate ramifications of the situation, we can still stand by our fellow Indians in solidarity as they face it head on. Humanity is taking a hit, and we cannot stand idly by waiting for change. We do not become who we are in isolation. 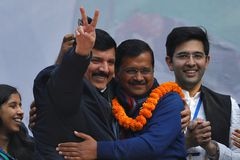 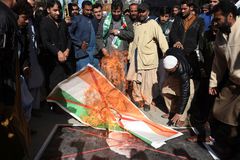 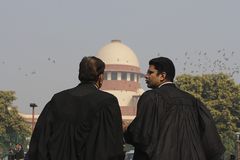