Raji Aujla is the president of Willendorf Cultural Planning.

India has become all too familiar lately with protests against the ruling Bharatiya Janata Party (BJP). There was outrage when the BJP enacted the exclusionary Citizenship Amendment Bill, which codified religious discrimination and marginalized more than 200 million Indian citizens of Muslim descent. There was anger when students at Jawaharlal Nehru University, considered a left-wing bastion, were attacked on campus by members of the BJP’s youth wing, triggering country-wide student protests. There was concern over the termination of Article 370 and Article 35A of the Indian constitution, and over the subsequent introduction of the Jammu and Kashmir Reorganisation Act, 2019, which was enforced during a security lockdown and communications blackout.

The through-line of it all has been BJP Prime Minister Narendra Modi’s determination to turn India into a one-party, chauvinist Hindu state with neoliberal ambitions.

In June, however, Mr. Modi promulgated three agricultural and commodities ordinances, justifying his neoliberal agenda by arguing that it would lead to financial investment and entry into global markets. In doing so, he sparked enormous protests by a formidable union of farmers across the country – and may have finally met his match.

Mr. Modi’s proposed “reforms” promise to change the way produce is marketed, sold and stored across India by phasing out the protections offered by the government’s minimum support price (MSP) for those goods, and allowing corporate players to enter its previously safeguarded agricultural markets. Farmers, disabled by existing debts in current conditions, fear that they will be left at the mercy of volatile global market prices by privatization and agro-conglomerates who have the disproportionate power to set prices on their own terms

According to the Food and Agriculture Organization of the United Nations, agriculture and its allied sectors comprise the largest source of livelihoods in India. Seventy per cent of its rural households depend primarily on agriculture for their livelihood, with 82 per cent of farmers classified as small and marginal – the likeliest group to be crushed by these policies. These ordinances threaten “the largest single sector of the economy and the poorest people in an already poor country during a pandemic,” says Rajshri Jayaraman, an associate economics professor at the University of Toronto.

Academics and economists have long found that industrial agriculture destroys traditional farming, citing examples from Latin America and the United States. Corporatized approaches have forced farmers to buy their seeds from big agricultural companies – which then demand the crops to be sold back to the seed retailers under threat of lawsuit, undermining farmers’ bargaining power. These conditions compel farmers to sell yields at a price that can only be determined by the private market, and unprotected by the government, they barely make ends meet.

In India, increased debt loads on farmers will likely lead them to sever larger ancestral holdings into smaller plots or to take out desperate loans to save what remains. It will also lead to a spike in farmer suicides, which have increased substantially in rural India. While the Modi government has suppressed data on farmer suicides, more than 40,000 such deaths have taken place in the last four years alone, according to the National Crime Records Bureau.

The Indian state of Bihar, which liberalized agricultural trade by abolishing state-regulated markets in 2006, even offers a local example of how poorly these reforms would work. There, market prices have brought more pain than benefits to farmers. According to a report from the National Council of Applied Economic Research, a New Delhi think tank, removing the MSP destabilized farmers’ income, while limiting their access to secure market channels. It also didn’t see much private investment.

Canada, meanwhile, enjoys a robust agricultural economy, thanks to our often-debated supply management system. This system allows commodities, such as the poultry and dairy sectors, to govern the supply of their products in anticipation of how much Canadians will consume, understanding that if farmers over-produce, it affects the storage, freshness, and worst of all, farmers’ income. A national agency determines production amounts based on needs, sets the production quotas for each province and determines minimum prices by negotiating with farmers’ unions. This incentivizes governments and farmers to work together to make our agricultural sectors stable and sustainable.

Canada’s system is certainly not foolproof. More research needs to be done on how to sustainably integrate the benefits of neoliberalism and global-market access with traditional farming. But what we do know is that in every example where a government introduces agro-conglomerates into local farming, there have been detrimental consequences on traditional farming, culture, and crucially, the environment.

Reforms only succeed if improvements are experienced by all stakeholders. India’s proposed bills would benefit agri-conglomerates over millions of farmers – and for India, tapping farmers’ knowledge is where true reform should begin. Indian farmers call for national agricultural strike as they protest laws they say will crush their earnings
December 14, 2020 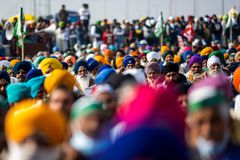 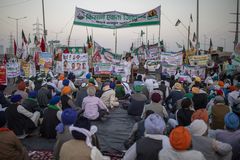