John Borrows is Canada Research Chair in Indigenous Law at the University of Victoria Law School writing with Constance MacIntosh, Viscount Bennett Professor of Law at Schulich School of Law at Dalhousie University

My mother lives on a beautiful reserve on the shores of Georgian Bay in Southern Ontario. She is 82 and an elder in our community. Limestone escarpments rise over the quiet forests outside her window. Cold blue waters wash the fossil-strewn shores outside her door. After a long winter she is thrilled to welcome the birds back home. She is surrounded by love and she always offers a kind word of encouragement for anyone who visits her home.

My mother also lives with trauma. Tuberculosis scarred her childhood. Her father spent 10 years quarantined in a sanitarium from when my mother was the age of 7 onward. Her sister died of tubercular meningitis in her 20s. Viruses have killed friends and family in numbers on the reserve in far greater than in other populations in Canada in her lifetime – as is the case in many Indigenous communities across the land. She is the latest generation to experience the trauma of infectious diseases, from the Spanish Flu to smallpox, which have hit our communities in hard ways.

The TB that marked my mother’s childhood is, like COVID-19, spread by airborne droplets. A recent publication posted by the Canadian Paediatric Society noted that while TB is virtually extinct in the population of non-Indigenous people living in Canada, it is a “public health crisis” in some First Nation communities. Government of Canada data from 2016 identified the rate of tuberculosis in First Nations communities as 50 times higher than that of the general population (and a shocking 300 times higher within Inuit communities).

In light of COVID-19, I worry about my mother and my community’s health. Indigenous communities are overcrowded. Two or three generations may live in one house. In some cases, two or three families might share one residence. This creates a problem if you are told to self-isolate for 14 days owing to a cough and fever. Furthermore, diabetes, heart and lung disease are rampant on many reserves, in numbers higher than in the general population. COVID-19 is more serious for older people with these and other underlying health issues, magnifying the dangers it presents to our elders and people generally.

Prime Minister Justin Trudeau recently announced a $1-billion fund to combat the outbreak of COVID-19. This figure includes $100-million to support federal health measures such as “ongoing support for preparedness in First Nations and Inuit communities.” That support is already being tested, as a presumptive case has been identified in the remote northeastern Saskatchewan communities of Peter Ballantyne Cree Nation.

During the 2009 H1N1 pandemic, northern First Nation reserve communities in Manitoba also requested emergency assistance from the federal government. They received a shipment of body bags. Commenting at the time, Chief Jerry Knott of Wasagamack First Nation stated: “We had asked for funding so we can get organized and to ensure medicines, hand sanitizers and other preventative kits were in place but, instead, we are shocked to receive the body bags."

Past experience in dealing with health crises among First Nations communities is not encouraging. Despite accounting for just under 5 per cent of the Canadian population, Indigenous people were 25 per cent of those admitted to ICUs during the first wave of H1N1. First Nations children were 21 per cent of the pediatric patients admitted to ICUs during both waves. These figures likely reflect the lack of timely interventions and diagnoses that plague communities who depend on understaffed nursing stations for their health-care needs, as well as jurisdictional squabbling about roles and responsibilities. This led to sad and tragic outcomes. Indigenous peoples represented 17.6 per cent of the reported deaths in the first wave and 8.9 per cent of reported deaths in the second.

The beauty of my mother’s life on the reserve is inspiring to me and those who know her. Like other elders she carries a lifetime of love and generations of wisdom in her heart. I write with the hope that the recent federal announcement will seriously contend with the historic trauma, overcrowding and underlying health challenges faced by Indigenous peoples in addressing and responding to COVID-19. As Indigenous people, we have too often fallen between the cracks of federalism. As we call out for assistance in the midst of our current crisis let us hope that our cries are not met with body bags.

Opinion
In these dire times, the Trump-Trudeau border truce could unravel any moment
March 17, 2020 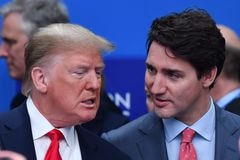 Opinion
To understand coronavirus transmission, we have to understand our wastewater
March 20, 2020 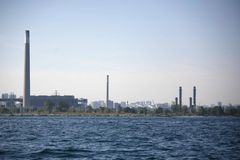