Ken Coates is a Munk senior fellow at the Macdonald-Laurier Institute.

The reports of unmarked graves outside of former residential schools continue to rock the country, with more announcements expected over the next few months. Reactions among Canadians range from incredulity to self-loathing, from shock to renewed determination to address these issues.

Amidst the tears and despair, there have been remarkable demonstrations of grace. First Nations leaders and communities have been the most calm, cautious and respectful of all of the commentators. There is great sadness, to be sure, for the unmarked graves hold the remains of community members and evoke memories of lives lost, families torn asunder and communities grievously harmed.

Yet despite profound reasons for anger and deep frustration, these leaders have turned their attention to the path forward for the children and their extended families, the processes of identification, and seeking the best means of remembering and honouring far too many all-too-short lives.

Their reaction is due, in part, to the fact that these discoveries came as no real surprise: They knew about the children’s deaths, the unmarked graves and the families with long-unreconciled memories of lost children. It reflects the fact that they, unlike most Canadians, listened to elders and survivors.

Leaders of the communities associated with the Kamloops Indian Residential School have chosen to make this time one for sombre reflection and healing, not confrontation. Tk’emlúps te Secwépemc Kukpi7 (Chief) Rosanne Casimir described the challenge perfectly when she called the revelations a “heavy truth.”

The Chief of the Cowessess First Nation in Saskatchewan, Cadmus Delorme, and the Council approached the issue in a similar manner, even as they were forced to confront retraumatizing evidence of decades of neglect and harm. In a fitting response, Cowessess signed an agreement to re-empower the First Nation in the field of child and family services, saying this was “an example of how reconciliation is possible in Canada.”

In northern Saskatchewan, Chief Tammy Cook-Searson led her community in a search to identify grave sites associated with Lac La Ronge Indian Residential School. The Chief made it clear that balancing the needs to support survivors, identify grave sites and seek long-term solutions would occupy the band for quite some time.

The focus was on community building. “We are going to be doing a feast and a blessing,” she told local media. “There will be a lot of people there this weekend because a lot of people have been phoning from all over wanting to come. Everyone is welcome.”

Words of anger from Indigenous peoples are both commonplace and appropriate, with some describing residential schools as instruments of genocide. There have also been renewed calls for individuals and institutions, particularly the Roman Catholic Church, to be held fully accountable. Indigenous activists and educators including Pamela Palmater and Hayden King, have provided powerful and evocative commentary, and they have not appeared to be overly concerned if their words caused discomfort among non-Indigenous peoples and government officials.

Others, including non-Indigenous activists, have focused their scorn on the “architects” or supporters of the residential school system – particularly John A. Macdonald and Egerton Ryerson – and many have supported symbolic gestures such as toppling statues. Yet these actions do little, particularly in the short term, to serve the families, honour the children or heal the communities.

The graceful responses from the First Nations affected most intimately by the discoveries should set the path forward for the country. More than anything, the lesson from our past should be about our country’s unwillingness to listen to Indigenous people, and the direction of our future must be to pay attention to their memories.

At this crucial juncture in our nation’s history, when non-Indigenous Canadians seem genuinely concerned about the terrible impact of government policy, it is vital that Canada take its direction from First Nations. The grace of the leaders and communities is an object lesson for Canadians in how to deal with shared sorrow and how to start to address the legacy of decades of destructive government policies. 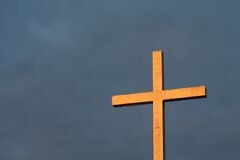 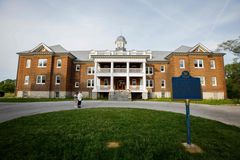 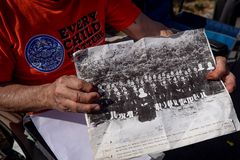