Shiri Pasternak is a professor of criminology at Ryerson University and the research director of the Yellowhead Institute. Irina Ceric is a criminology instructor at Kwantlen Polytechnic University.

There are 12 injunctions spawned by Coastal GasLink’s original injunction on Wet’suwet’en territory, all of them granted over the past 2½ weeks in response to solidarity actions across the country in support of the Wet’suwet’en hereditary leadership.

Since the arrests of Indigenous land defenders on Wet’suwet’en territory in British Columbia, an irrepressible bloom of blockades and occupations has arisen to demand the removal of Coastal GasLink and the RCMP from Wet’suwet’en lands. A flurry of injunctions has followed.

This week, the camp set up by Tyendinaga Mohawks beside the Canadian National Railway tracks near Belleville, Ont., was dismantled when an injunction granted by an Ontario court was enforced by the Ontario Provincial Police. Fifteen more blockades and occupations were re-established in the 24 hours after enforcement at Tyendinaga.

It is now increasingly clear that the injunction is a legal tool of political expediency. It has an almost arbitrary authority to empower law enforcement to contain and criminalize people by securing vague geographical boundaries and broad powers of removal, often indefinitely. In the hands of industry and governments alike, the injunction, still billed as an extraordinary legal remedy, has emerged as the all-too-ordinary response to Indigenous assertions of jurisdiction and solidarity.

And in their indiscriminate scope and powers, rather than de-escalate the situation, injunctions have only served to prove the point: Canada is a smash-and-grab country for industry, revealing that historic incentives of colonialism are still alive and well today.

CN Rail’s Alberta injunction covers rail lines throughout the entire province. In an attempt to bolster the courts’ injunctive powers, Premier Jason Kenney introduced Bill 1, the Critical Infrastructure Defence Act, that will give even broader sweeping powers to law enforcement to remove obstructions to the rail lines and introduce harsher penalties.

Like all of the Wet’suwet’en solidarity-related injunctions, these orders were issued after an application heard without notice, founded on minimal evidence, and with only lawyers for the corporation in attendance.

In B.C., where injunctions have long been used to quell protest, the courts have issued BC Ferries and others quia timet (Latin for “because she fears”) injunctions in anticipation of future, sometimes unspecified protests. Under Canadian law, pre-emptive and speculative injunctions are meant to be extra-extraordinary remedies, but the current rash suggests otherwise.

Injunctions are granted under legal tests devised outside of the reach of constitutionally protected Indigenous rights and provide a much lower standard for violating these rights. These separate worlds of Canadian law operate in almost complete isolation until they collide on railways and streets and logging roads. Nor do injunctions pay heed to Indigenous law.

We learned this week that Transport Minister Marc Garneau brokered a deal between the two largest rail companies in the country, CN and Canadian Pacific Railway, to share tracks and reroute stranded commodities into circulation.

Yet economic justifications underlie the growing web of injunctions, serving as dangerously unethical grounds for rationalizing the continuing systemic oppression and dispossession of Indigenous peoples. The entire economic foundation of the United States was at one point built on the conjoined horrors of Indigenous dispossession and black enslavement. Yet today, no one would question the necessity of abolition – or worse, counsel patience in the face of brutal treatment.

Cindy Blackstock, executive director of the First Nations Child and Family Caring Society, has waited 13 years since filing a case with the Canadian Human Rights Tribunal on child welfare. The decision should have been an easy victory, because of the blatant discrimination in funding for First Nations children. But nine non-compliance orders later, it is clear that not all court orders are created equally and that compliance – seemingly out of reach for Indigenous children – is all but guaranteed to injunction holders.

Injunctions come with enforcement orders, empowering police to act as a corporation’s private security force. If police make arrests, the corporation decides if it will pursue contempt of court charges against alleged contemnors. But the injunctions themselves state that these arrests are “at the police’s discretion.”

Who guides this discretion? Prime Minister Justin Trudeau and B.C. Premier John Horgan repeatedly point to their inability to direct the police, but 72 hours after the Prime Minister announced that the blockades must come down, the OPP arrested Tyendinaga Mohawks.

Injunctions beget injunctions, but so does solidarity beget solidarity. And injunctions themselves are becoming a target of defiance, as the burning injunction is fast becoming one of the most iconic images of this movement. 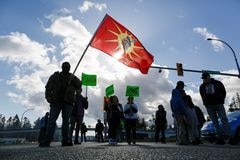 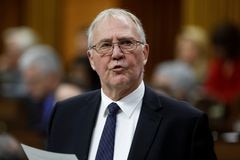