At the G20 summit here in Argentina, leaders made no progress in advancing a global agenda for economic growth. The final communiqué was a sad laundry list with little conviction on any point. The weekend’s so-called highlight was an ill-defined truce between the United States and China on tariffs, motivated not by the pursuit of the rational trade policy we need, but by the U.S. President’s immediate political need to keep his country’s economy buoyant in the face of growing headwinds.

The lack of accomplishment in Argentina reflects a broader trend: Governments – individually and collectively – are increasingly unable to respond effectively to many of today’s urgent issues. The world needs durable, sustainable, inclusive growth. It needs solutions on climate change. It needs infrastructure. But governments alone aren’t getting it done. It’s time for others to step up – not out of noble impulse, but because it’s in our interests.

To be clear, governments will always have a critical role to play in advancing prosperity and sustainability. But the complexity of our challenges and the constraints on our governments – including fiscal constraints – demand a new way of thinking. To find real solutions, there’s a role for a much broader group of players: businesses, not-for-profits, philanthropists, civic leaders. And, crucially, there is a role for investors.

Long-term investors such as the Caisse de dépôt et placement du Québec have a natural incentive to embrace this new opportunity. We understand that over the course of years and decades, our returns will be only as strong as the societies in which we invest.

Together, the world’s long-term institutional investors have more than $50-trillion under management. That’s enough capital to move the needle on the challenges that governments are just not going to solve on their own.

Take climate change: Consumers all over the world are altering how they think and act. Concern about climate is influencing their choices. As a result, companies are more focused on ensuring their brands are on the right side of the climate challenge.

We’re seeing innovation to reduce carbon emissions. We’re seeing new ideas and new technologies. And, among some of us, at least, we’re seeing a new way of thinking – an awareness that investing in the fight against climate change is an opportunity to do two things at the same time: serve as good stewards of people’s savings while also contributing to the transition to a lower-carbon economy.

Many persist in viewing climate change as a constraint – a drag on returns. They’re wrong. At the Caisse, we’re one of North America’s largest investors in wind power. We’re investing in solar power in India, and we’re earning E double-digit returns doing it. In Toronto, Chicago, Houston and Paris, we’re building a new generation of energy-efficient buildings – with substantial returns.

Another example is infrastructure. Investing in ports, transit systems, telecom networks – real stuff that connects people to jobs, and products to markets. Put simply: Investing in infrastructure may be the most powerful lever we have for the kind of growth that the world needs. But according to the World Bank, around the world, we are not spending enough to keep up with need, let alone opportunity. Each and every year, we come up short by $1-trillion.

Governments alone are not going to solve this problem. They are too heavily indebted. Global debt today is even higher than at the time of the 2008 financial crisis.

The challenge is to demonstrate that our commercial interests are not at odds with the public interest. The rapid transit project that the Caisse is building in Montreal serves as a proof point of what’s possible. Governments at all levels – Montreal, Quebec, Canada – defined the public interest, as they should. We designed a transit solution to serve that interest. The resulting system will serve 30 million people a year – carbon-neutral, from beginning to end.

There is no shortage of ideas capable of aligning the commercial and public interests. The Canadian Infrastructure Bank is one such idea. The infrastructure risk-sharing tools recently developed by the World Bank are another. We’re limited only by our capacity to think differently and creatively.

Building a global agenda for durable, sustainable, inclusive growth is a huge task. If we’re going to get it done, it won’t be by standing on the sidelines and urging governments to deliver. They can’t do it alone. More of us are going to have to get into the game. It’s in our interests. It’s vital that we do. 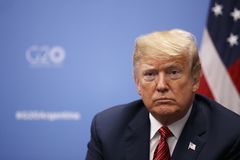 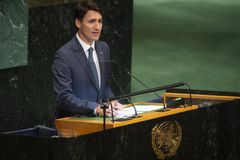