Dennis Horak was Canada’s ambassador to Saudi Arabia until he was expelled in August, 2018. He was also head of mission in Iran from 2009-12.

After a couple of weeks of escalating military operations and a walk-up to the brink, Iran-U.S. tensions seem to have shifted into their “Little Rocket Man” phase – U.S. President Donald Trump’s contemptuous nickname for North Korean leader Kim Jong-un – as both sides move to the deployment of insults rather than bombs.

We are accustomed to the bombast coming from the White House. Threats to “obliterate” Iran or inflict “consequences like few have ever suffered” are of a kind that emanate so frequently from Mr. Trump’s Twitter account that they are almost boilerplate for the U.S. President.

Iran, never shy itself about employing hyperbole, fired back, calling the recent uptick in sanctions “demented and idiotic” and questioning whether the White House is “afflicted by mental retardation.”

If the stakes weren’t so high, this trading of schoolyard insults by reportedly grown and mature leaders would be funny.

The rhetoric is preferable to where we were and where we almost went last week. The tone doesn’t readily or easily advance the prospects for a diplomatic solution to the ongoing tensions, but it doesn’t end them either.

The U.S. is using a dual-track approach. On the one hand, it has stepped up the threats, escalated sanctions and embarked on a regional tour to build an “anti-Iran alliance” (maximum pressure). On the other, Mr. Trump has said he is willing to sit down with his Iranian counterparts, without preconditions, and has demonstrated American “compassion” by pulling back a counterattack after Iran shot down an unmanned U.S. drone.

It is classic Art of the Deal diplomacy by the President: Create a crisis, then “expertly” step in to resolve it. He has been down this path before with North Korea, and his personal attacks on Mr. Kim did indeed lead to face-to-face meetings and, eventually, an apparent mutual love affair. That these summits failed to achieve anything is, for both sides, really beside the point. That they met was enough for both to tick the “success” box.

While the Trump administration seems genuinely bewildered that the Iranians have not taken the bait, neither did Mr. Kim initially. But Iran is not North Korea. Tehran doesn’t crave the international recognition and prestige Mr. Kim sought from just meeting with the U.S. President.

They don’t need the U.S. to, as Mr. Trump put it, “make Iran great again.” Iranians are immensely proud of their history, culture and capabilities. For most Iranians – certainly the leadership – Iran is already great. Mr. Trump’s MIGA pledge, accordingly, is an insult in Iranian eyes, not an opportunity.

The Iranian leadership isn’t waiting breathlessly for the U.S. to decide if it wants to ask Iran to the prom. The Iranians, too, have a say in whether and when to move forward in the relationship, and much of the leadership is not interested in normalization. Many, including the Supreme Leader (the only one who counts), are fearful of a return to the vassal state they believed Iran was when the U.S. played such a dominant role during the Shah’s rule.

What the Iranians want, simply, is the deal they agreed to, which included the lifting of sanctions. They will be reluctant to return to negotiations with a gun to their heads to simply achieve what they already had. Their military actions are meant to demonstrate that they have options and can extract a price if things get worse.

Washington’s withdrawal from the nuclear deal, however, was meant to signal a full reset in U.S. goals and expectations. The deal the Iranians had is no longer on the table. Washington wants additional concessions on Iran’s nuclear program along with new restrictions on its regional behaviour and missile programs.

Washington’s broader expectations will be difficult to reconcile with Tehran’s determination to reject a more comprehensive deal that touches on what Iran sees as core features of its security posture. Progress will require compromises and, maybe, cooler heads in Washington and Tehran.

Despite the current resort to insult diplomacy, there is an opportunity to move forward if a way could be found to restart talks without an evident Iranian “surrender” (e.g., enhanced economic concessions). Iran might be surprised. Once launched, it is entirely possible that these renegotiations will result in a “new” agreement that simply tinkers around the edges of the nuclear deal – just enough for Mr. Trump to claim victory (think NAFTA negotiations).

The Trump administration and Iran have an established knack for reversing course and ignoring or denying the fact that they were ever on a different trajectory. Given the risks posed by the current course, now would be a good time for that kind of selective memory. 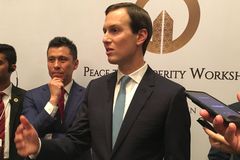 Trump says he’s ‘not talking boots on the ground’ if action taken against Iran
June 26, 2019 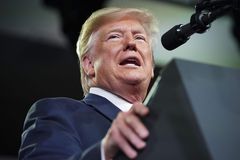 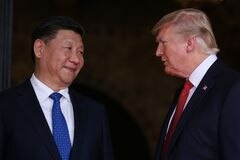