U-Haul International Inc. has announced that, effective Feb. 1, it will implement a nicotine-free hiring policy.

The giant do-it-yourself moving company says it will no longer interview or hire smokers, vapers or even people who use nicotine-replacement therapy such as patches and gum to quit smoking, and will insist new employees never use nicotine in the future.

“Nicotine products are addictive and pose a variety of serious health risks. This policy is a responsible step in fostering a culture of wellness at U-Haul, with the goal of helping our team members on their health journey,” Jessica Lopez, U-Haul’s chief of staff, said in a press release.

This is corporate Orwellian double-speak at its finest.

U-Haul’s obvious goal is to cut its health bill by excluding smokers. To do so, it’s jumping on the current nicotine-hysteria bandwagon.

The new no-nicotine policy will be implemented in 21 U.S. states where this kind of arbitrary discrimination is allowed. U-Haul says it will reserve the right to do random drug testing in the 17 states where that is allowed.

(However, the Phoenix-based company says it will not test its current 30,000 employees. It will even provide nicotine-replacement therapy to those who want to quit smoking, which seems a bit ironic.)

This kind of nonsense likely will not fly in Canada.

Yet why a company would not only implement but brag about such a draconian measure is still worth exploring.

In much of the U.S., workers have few rights. Companies can run roughshod over their employees, up to and including telling them how to behave off the job and, if they think it will bolster profits, they have no hesitation in doing so.

The lack of universal health insurance in the U.S. means that employers foot the bill for many workers. U-Haul, to its credit, actually provides decent health insurance.

Smokers do cost a bit more, especially for short-term and long-term disability. But so do people with obesity, diabetes, high blood pressure, depression and so on.

If you exclude smokers and vapers from the workplace – and the health plan – then who’s next?

The other argument for avoiding employees who smoke or vape is that they are less productive.

A study published by the Conference Board of Canada estimated that smokers cost $4,256 a year in lost productivity in 2012, largely because they take smoke breaks.

But the problem with these types of studies is the underlying assumption that non-smoking workers are going full-bore all the time. Nobody calculates the cost of the person with an overactive bladder who makes many trips to the bathroom or the worker who spends a lot of time playing solitaire.

Not to mention that productivity is not solely measured by hours doing a task. Efficiency matters as much, if not more.

The fundamental problem with no-nicotine policies is that they are based on a blaming-and-shaming approach.

Excluding the 15 per cent of the population who are regular nicotine users is no way to promote and build a diverse and healthy workplace.

Nor can you build a trusted workforce by inserting yourself into workers’ private lives and by threatening random drug tests.

It’s okay to have policies – both public laws and internal company rules – that limit where people smoke and vape because those rules protect non-smokers.

But an employer should no more control what a person inhales than what they bring in their lunchbox.

Discriminating, in some instances, is okay. For example, it is reasonable for the Canadian Cancer Society to not hire smokers. But one would be hard-pressed to justify why it matters to U-Haul.

As drugs go, nicotine is pretty banal. Yes, it’s addictive, but it doesn’t cause impairment.

It is reasonable to limit or forbid workers from using substances such as alcohol, cannabis or opioids on the job, especially if there are health and safety concerns.

But that doesn’t mean workers who use substances that can cause impairment should be denied jobs.

What people do in their free time is none of an employer’s business.

Ideally, it would be great if no one smoked or vaped, but the reasons people continue to do so in the face of public revulsion are complex. In addition to addiction to nicotine, people may be coming to work with a lot of baggage.

Workers should be judged on their skills, competency and productivity, not based on what they put into their bodies. 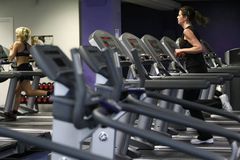 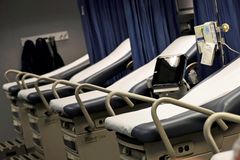 Opinion
Should government have a say in what drugs are prescribed to patients? Subscriber content