Thomas Gunton is director of the Resource and Environmental Planning Program at Simon Fraser University and is a former deputy minister of environment in B.C., where he worked on resolving war-in-the-woods conflicts.

Not surprisingly, Prime Minister Justin Trudeau has reapproved the Trans Mountain pipeline expansion (TMX) as part of his promise to achieve a balance between the environment and economy.

While governments should be applauded for seeking consensus in an increasingly polarized world, the Prime Minister’s efforts seem to have failed, as pro-environment stakeholders attack the Liberals for contributing to climate change and risking B.C.’s coast, while pro-development forces attack the government’s carbon tax despite its approval of TMX.

One conclusion from this failure is that seeking consensus is futile and governments are better off picking sides. Although this is an increasingly popular strategy, it is counterproductive because the resulting conflicts from polarized policies are damaging to everyone’s interests.

The debate over the TMX pipeline is a case in point. Advocates argue that we need more pipelines to carry Canadian oil to world markets to avoid discounted prices and buoy the Canadian economy. Opponents argue that tanker traffic from TMX would pose a high risk to B.C.’s coast, with a 75-per-cent likelihood of a tanker spill, and that TMX will contribute to climate change.

Opponents also point out that the National Energy Board review is flawed because it relied on economic information from 2015 that is no longer relevant. For example, other major pipelines have been approved since 2015, and the costs of TMX have almost doubled, making it a much less desirable project.

Although both sides of the TMX debate have valid arguments, the government sided with the proponents. This move will result in more delays as the decision is challenged on the grounds that consultation with First Nations was rushed to meet an artificial deadline. This will be accompanied by the inevitable protests to block construction.

The government may ultimately conclude that these political risks combined with the economic risks of higher construction costs, more competition from other pipelines and weaker oil markets may make TMX not worth building. It would be imprudent for the government to ignore these risks.

Instead of fanning conflict by picking a side, the government could have sought more creative options that come closer to meeting the interests of both sides.

One option that the government could have considered is reconfiguring TMX to use its existing spur line to increase shipments to oil refineries in Washington state. Alberta would earn world prices for its oil and, as one recent study confirms, all tanker traffic in the Salish Sea could be eliminated as Alberta pipeline shipments replace Alaskan tanker oil imports.

Alternatively, the government could promote other new pipeline options such as Enbridge’s expansions and Keystone XL, which will add more than 1.6 million barrels a day of capacity, which is more than enough to meet even the most optimistic oil production forecasts to 2035. These pipelines also connect to world-priced tidewater locations in the U.S. Gulf and, unlike TMX, they do not require any taxpayer money to build and involve no tanker traffic.

Another part of a compromise would be for Canada to implement a climate-change plan that shows explicitly how we are going to meet our Paris climate commitments – and how much oil production is consistent with this objective. Canada’s current plan does not demonstrate how we will meet our targets and, if it is revised to do so, it will likely confirm International Energy Agency projections that meeting Paris targets will result in a decline in oil production and a decline in the need for pipelines.

A third part of a compromise solution is to work with Alberta and the oil industry to increase the refining of oil to generate more value and more jobs than Alberta gets by exporting raw bitumen.

Admittedly, seeking a more creative compromise that generates more jobs by expanding pipelines and investing in refining, while reducing tanker traffic and greenhouse gas emissions, is challenging and may not be possible in the current polarized environment.

But as B.C. discovered in its war in the woods, it is possible to find creative solutions that reduce conflict by meeting the interests of opposing sides, leaving everyone better off. 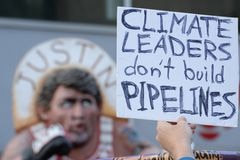 Ottawa approves a pipeline. Now it has to actually build it
June 21, 2019 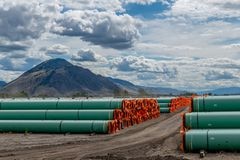 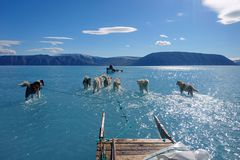