And because the province has mostly been able to keep its virus numbers down, no one has dared second-guess Dr. Henry’s more passive approach.

But with a recent, concerning surge in new cases, and evidence of young people ignoring cautions not to gather in significant numbers, one wonders if Dr. Henry will eventually have to ditch the soft-sell approach and adapt a harder line with scofflaws who are ignoring provincial virus protocols and potentially imperilling people’s lives in the process.

It was difficult to watch video that surfaced of hundreds of young people partying on a Vancouver beach recently and not be enraged. (The current limit on crowd size in B.C. is 50 people.) There is little question this kind of behaviour has the capacity to lead to the spread of the virus, which could infect vulnerable people, who could end up dying as a result.

I understand that young people feel incredibly frustrated having to be cooped up the way they have been. We all feel that way to some extent. What the world is going through is horrible. The fact so many people have died from this disease is horrible. But we can’t simply say, “Okay, we can’t do this any more. It’s time to return to previously scheduled programming.”

I can’t help thinking how selfish those partying in large groups are. If they fuel a significant enough surge in cases, then Dr. Henry and the government are going to have to start shutting things down again and that would be devastating. That is what’s at stake here. Look at the outbreak in Kelowna, incited, in part, by large, private parties. Now there are more than 1,000 in self-isolation because they may have been exposed to someone who had the virus.

And that is why, to my ear, the gentle chiding of these virus-be-damned partiers doesn’t go far enough. If people can, with impunity, violate virus-related restrictions set out by the province, what will stop them from doing it again and again? Surely, there have to at least be fines levied for people who are knowingly endangering the lives of others, which I believe those gathering in such numbers are doing.

We’ve seen an ugly surge of cases in Alberta too, which has set many people on edge. And you are seeing some people there frustrated that provincial health authorities aren’t doing enough to prevent the fresh wave, which would endanger an economy that is especially vulnerable.

The city of Calgary, unhappy with the province’s decision not to make mask-wearing mandatory, decided to act on its own. (As of July 23, there were 1,293 active cases of the virus in Alberta, 666 of which were in Calgary). This week, council passed a bylaw making face coverings the law, as of Aug. 1, in most public indoor spaces, including grocery stores, buses, trains, taxis and malls. The mayor, Naheed Nenshi, has also voiced his displeasure with the province’s recently released return-to-school plan for the fall, one that doesn’t make mask-wearing compulsory.

The province’s chief medical health officer, Dr. Deena Hinshaw, has stated that people who can’t maintain two metres of distance from others should be wearing masks. And schools, points out Mr. Nenshi, are environments where people are unlikely to be able to stay two metres apart from one another.

So he’s thinking of enacting another bylaw that would make masks mandatory in middle and secondary schools located inside the city’s limits.

I share Mr. Nenshi’s frustration. The one thing that has become clear since the beginning of this pandemic is the efficacy of masks. They come as close as anything that exists in stopping the spread of the virus. If everyone wore masks in public indoor spaces, and avoided maskless gatherings in huge crowds, then we would almost assuredly be able to exist in a COVID-19 world with limited damage to our economy. And we’d be spared the type of unnecessary carnage we are witnessing south of the border.

Over the coming weeks, we are going to see if the edicts issued by places like Calgary, Toronto, Montreal and Ottawa around wearing masks have any material effect on virus numbers.

And whether the less doctrinaire, moral suasion approach favoured by Dr. Henry remains one that is able to keep virus numbers relatively low. If it is not, the renowned public health officer may have to change course and do something she has so far been reluctant to do – get tough with people. 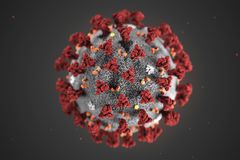 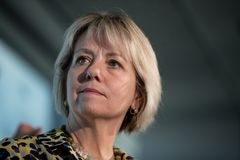 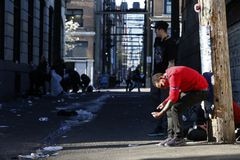