Alberta Premier Jason Kenney certainly seemed to enjoy himself during his weekend campaign blitz through Toronto-area swing ridings. Too much, perhaps, for the comfort of some federal Conservatives who fear the contrast between Mr. Kenney and Leader Andrew Scheer could work against their party on Oct. 21.

Mr. Kenney lives and breathes politics to an extent few human beings can contemplate. It’s not Mr. Scheer’s fault if Mr. Kenney’s outsized presence and personality might only serve to remind voters that the current federal Conservative Leader seems, well, rather bland and boring. He sure doesn’t seem to revel in taking the fight to his rivals the way Mr. Kenney does.

After serving as then-prime minister Stephen Harper’s most effective minister between 2007 and 2015, Mr. Kenney took a pass on running for the federal Tory leadership in 2017. Had he decided to throw his hat into that race, the outcome of the current election campaign might already be a foregone conclusion.

Alas, Mr. Kenney chose another path. He returned to his home province of Alberta, won the Progressive Conservative leadership and made quick work of the insurgent Wildrose Party by executing a merger that made him king of the right. Then he rolled over New Democratic premier Rachel Notley in April’s provincial election. He made it look easy.

As Alberta’s United Conservative Premier, Mr. Kenney is currently occupied fighting fans of the federal carbon tax and foes of the oil sands, not to mention digging his province’s finances out of the ditch they’ve been stuck in since crude prices tanked during the 2008-09 recession. The fiscal plan he is to table on Oct. 24 promises to be the mother of all austerity budgets.

Still, his perch as Alberta Premier leaves Mr. Kenney virtually helpless in the quest to get his province’s oil to tidewater. Only a federal government can deliver on the pipeline(s) Alberta has been pleading for. Mr. Kenney can make all the noise he wants in Edmonton; his province still counts for only a single voice in Ottawa, where the real decision-making power lies.

There is no doubt that Mr. Kenney wants Mr. Scheer to win a majority government on Oct. 21. But he, like every Tory watching the polls and Mr. Scheer’s honest but unremarkable performance, probably has his doubts about the likelihood of such an outcome.

“Okay, maybe he’s more shy than our current Prime Minister,” Mr. Kenney offered in defence of Mr. Scheer at one of his nearly two dozen Toronto-area campaign spots. “Maybe he doesn’t compete with the charisma of our current Prime Minister. But you know what? Is it such a terrible thing to have somebody who’s fundamentally nice, decent and honest?”

As Mr. Harper’s unsinkable immigration minister, Mr. Kenney traded the rubber-chicken circuit for the rubber-chicken curry circuit, building ties to communities of new Canadians across the country, but particularly in the Greater Toronto Area. Mr. Harper largely owed his majority victory in 2011 to Mr. Kenney’s hard work. And his tour through GTA ridings on the weekend showed just how popular he remains in many of the ridings that will decide this election.

Mr. Scheer has struggled to break through in Ontario, in part at least, to the unpopularity of Progressive Conservative Premier Doug Ford. Mr. Kenney’s efforts on behalf of Tory candidates are not likely to have moved the dial in any of the currently Liberal-held ridings within the city that the Tories won in 2011. But the local and ethnic media that cover ridings in the suburban ring around the city made a sufficiently big deal of Mr. Kenney’s visit to his old stomping grounds to perhaps have an impact on closer Liberal-Tory races in the 905-area code.

At a dim sum gathering in Richmond Hill, Mr. Kenney seized on the discontent among Chinese-Canadians with Liberal Leader Justin Trudeau’s perceived failure to crack down on asylum seekers who enter Canada at unofficial border crossings, allowing them to claim refugee status instead of being turned back to the United States under normal rules.

When he was immigration minister, Mr. Kenney insisted: “We sent a message that if you wanted to come to Canada, you should come through the front door, waiting your turn in line, not sneaking around it by cutting the queue. ... That’s not right. It’s not the Canadian way and we need a fair immigration system.”

It was a star turn that begs the question: What if it had been Mr. Kenney who confronted Mr. Trudeau in Monday’s leaders’ debate? Would pundits still be calling it a draw?

Mr. Kenney has to be thinking about where his true vocation lies. 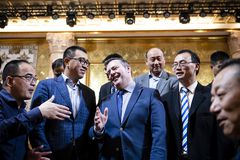 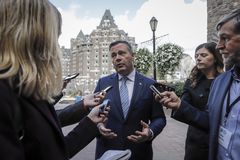