Don Gillmor’s most recent book is To the River: Losing My Brother.

When asked what a second term of the Trump presidency would look like, his former strategist Steve Bannon said, “You’re going to get pure Trump off the chain.” It will be, he warned, “four years of Donald Trump in payback mode.”

A lot of the first term has been in payback mode. Mr. Trump spent an extraordinary amount of time on personal feuds: Barack Obama, Hillary Clinton, CNN, The New York Times, Jeff Bezos, former employees and any Democrat (or Republican) who spoke ill of him. In the wake of the Mueller report, a Republican source said, “He wants to go after the people that went after him,” specifically Mr. Mueller himself, and former White House lawyer Don McGahn.

Mr. Trump has gone through much of his life creating enemies and pursuing vendettas. British billionaire Richard Branson had lunch with Mr. Trump decades ago and said all he talked about was how he was going to get back at the people who wouldn’t lend him money during his bankruptcy years.

Revenge is a nagging cultural trope, and the appetite for revenge appears to be growing. The third John Wick movie arrived in theatres in May and grossed more than US$55-million in its opening weekend; this is a series whose overarching narrative was kicked off by a former hitman avenging the death of his puppy. Liam Neeson’s late career is basically the same revenge movie under different names; the latest, Cold Pursuit, in which he plays a man avenging his son’s death at the hands of a drug cartel, came out in February. The second season of The Punisher, Netflix’s adaption of the Marvel comic book, in which a man becomes a vigilante after his family’s murder, debuted in January.

Mr. Trump embodies this zeitgeist. The increasing sense of powerlessness felt by middle and working-class America is given vent by his trashing of the Washington elites and his draining of the swamp. The fact that he hasn’t trashed the elites and the swamp has gotten deeper during Mr. Trump’s reign doesn’t matter. The United States is a country of optics; he looks and sounds like the angry wrecking ball who is going to make someone pay. A man for our times.

Revenge may be hardwired into our brains, according to a study in Psychology Today, although, surprisingly, it makes us feel worse afterward. It’s cathartic on the screen but not in real life. It also increases our anger rather than decreases it. The reason for this is that when we don’t act on our vengeful feelings, we tend to trivialize the issue – it isn’t worth sticking a pencil into the eye of the guy who took your parking spot. But when we act on it, we blow it up into something larger, and go over it repeatedly, and ultimately we feel worse.

The study said that one of the few scenarios where revenge is satisfying is when offenders acknowledge they have wronged you. None of Trump’s many offenders falls into this category, and it may explain his frequent temper tantrums. The sheer frustration of the world not understanding the torments, conspiracies and WITCH HUNTS! he has nobly endured. As it turns out, the personality type most prone to vengeance is the narcissist. In his book, The Narcissist You Know, Joseph Burgo cites a type – the vindictive narcissist – whose need for vengeance is driven by unconscious shame. It’s fair to say that all of Mr. Trump’s shame is unconscious. But whatever drives it, revenge can ultimately be self-destructive. Confucius said, “When embarking on a journey of revenge, dig two graves.” Though it would be a lot more than two in Mr. Trump’s case.

One of the staples of the revenge film is the white male vigilante who is threatened by other races or religions. The Death Wish series (six films between 1974-2018) exploited this idea effectively. The recent Bruce Willis version was described as “racist” and “alt-right fan fiction.” Here are Mr. Trump’s Mexican rapists and murderers, his Muslim terrorists, his Honduran killers, all of them threatening a law-abiding, god-fearing, white middle class.

The middle and working classes face all kinds of challenges – factories moving offshore, increasing automation, languishing industries (coal, for instance), stagnant wages, opioid crises – but none of these have the visceral punch of a multiracial bogeyman. And none of them have an easy political solution. But a demonized racial underclass is readily identifiable and affords an easy political solution (send them all packing). As every television evangelist knows, God may bring them into the tent, but it’s Satan who keeps them interested. Nothing binds people like a shared enemy.

Revenge is an ancient theme, seen in the Iliad, the Bible and Shakespeare (Hamlet), but it is in film that it has found its perfect medium. As a genre it has percolated throughout American movie history. The Hays Code, which was enforced between 1934 and 1968, suggested that immorality had to be punished onscreen, and it made the ending of The Big Sleep (1946) more violent than originally planned. The righteous had to triumph and the wicked needed to be shot. But what was once a trickle of vengeance is now a flood.

Movie vigilantes often have to take the law into their own hands because the system has failed them. Mr. Trump is working both sides of the street, dismantling the democratic system and replacing it with Death Wish 7 – the border guarded by vigilantes, personal enemies punished, minority voters disenfranchised and Muslims, Mexicans and anyone from Central America banished.

Every country gets the movie it deserves. Britain’s Brexit politics are Monty Pythonesque, while Ukraine, where a comic actor was elected President, is shaping up to be an Adam Sandler film.

The United States may ultimately end up with The Death of Stalin, a black comedy that has Mr. Trump’s apparatchiks watching their publicly-revered-though-privately-loathed leader die (politically, at any rate), then dismantling his legacy and rewriting their own part in it. But in the meantime, it’s all revenge, all the time.

When the Donald Trump biopic is made, the opening shot may be Mr. Trump sitting at the 2011 White House Correspondents’ dinner, being publicly roasted by Mr. Obama. Around him is the sound of raucous laughter, the Washington elite rejoicing in his humiliation in grotesque slo-mo. The camera moves in for a close-up of Mr. Trump’s terse orange face, silently plotting revenge.

The 2020 presidential campaign already resembles a series of revenge movie trailers with short, often conflicting descriptions of the enemy at the gates (Mexico, socialism, the media, China and Korea maybe, definitely not Russia). Mr. Trump isn’t good with plot, which requires strategy and foresight, and his spoken narratives are often incoherent, but he’s a wizard with taglines. “They doubted his wealth, they mocked his popular vote, they went after his family (sort of), but when they attacked his golf game, it was payback time. 2020: This time it’s personal.” 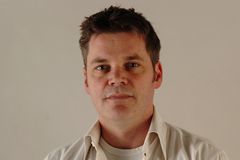 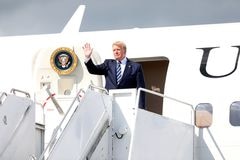 Opinion
To impeach or not to impeach: That is Washington’s question
June 5, 2019 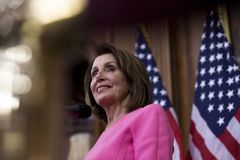