With each new revelation in the rapidly snowballing scandal surrounding Ottawa’s aborted plan to contract out a multimillion-dollar student volunteer program to WE Charity, it gets harder to know whether to be more outraged, disgusted or flabbergasted – or some measure of all three.

Outraged that, in the middle of a pandemic that has left millions of Canadians out of work and Ottawa digging a deficit hole for the ages, our federal government somehow thought it urgent and appropriate to spend nearly $1-billion on a program that appeared to serve no one’s interest more than its own and those of the organization chosen to run it.

Disgusted that, as average Canadians struggle to set aside a few dollars every month to donate to their local church or food bank, the federal government would reward a charity that defiles the notion of do-gooding by offering “complimentary” trips across the globe to their rich donor friends in high places, absorbing funds that might otherwise have gone to actually doing good rather than just generating good PR.

Flabbergasted that, after already twice being entangled in ethics investigations due to his own disregard for the basic rules of conduct, Prime Minister Justin Trudeau finds himself at the centre of yet another such inquiry owing to what can only be described as his own hubris and gall for having the nerve to think that no one would notice.

We knew before this scandal erupted that Mr. Trudeau and WE Charity had for years formed a sort of mutual-admiration society. No other major political leader has appeared at more WE Day events or been greeted with more ebullient praise by the organization’s co-founders, Craig and Marc Kielburger. It had become hard to distinguish between WE Charity’s stated goal of “inspiring a generation of leaders and change-makers” and the blatant politics and campaign-style atmosphere that such forums provided Mr. Trudeau.

We learned a bit more about the incestuousness of this relationship when Mr. Trudeau’s wife, Sophie Grégoire Trudeau, tested positive for COVID-19 shortly after participating in a WE Day event in London alongside Formula One superstar Lewis Hamilton and actor Idris Elba. A picture posted on her Instagram account shows the trio with their arms around each other, along with Ms. Grégoire Trudeau’s mother-in-law, Margaret Trudeau, and sister-in-law Alicia Kemper. WE Days had become a family affair for the Trudeau clan.

We have since learned that Margaret Trudeau was paid more than $300,000 to speak at several WE Day events, which, no matter how much you admire her, should strike you as unsettling. Ms. Trudeau may be her own person, but nothing she does now can be considered separate from her son’s political career. That can be a double-edged sword for Mr. Trudeau, but not in the context of a WE Day event.

Now it appears that much of the apparatus of government jumped through hoops between April and June to drum up a program, the Canada Student Service Grant (CSSG), that – go figure – not a single federal department or agency or private-sector organization had the wherewithal to administer. None, that is, except for WE Charity, which just happens to have been facing financial disaster as the pandemic dragged on.

The closer you look, the more this situation resembles the sponsorship scandal of the late 1990s that tarnished the Liberal brand for more than a decade until Mr. Trudeau revived it.

The sponsorship program, concocted by then-prime minister Jean Chrétien’s government, involved doling out bogus contracts to Liberal-friendly advertising companies under the auspices of promoting federalism after the 1995 Quebec referendum. Then-auditor-general Sheila Fraser concluded that Ottawa “broke just about every rule in the book” in awarding such contracts, which lined the pockets of Liberal donors.

That scandal, which eventually spawned a public inquiry, led to criminal charges. And though there is no evidence of criminal activity in the awarding of the CSSG contract to WE Charity, there is a certain similarity in the absence of checks and balances in the procedures followed in outsourcing the grant program. The proposal appeared to sail through cabinet. If any ministers raised red flags about the appearance of conflicts of interest or lack of due diligence regarding WE Charity, we have yet to hear about it.

The sponsorship scandal started off small. The entire program did not involve large sums of money, given the overall size of the government. The program was peripheral to Ottawa’s primary missions, which made it seem kind of innocuous at first.

The WE Charity scandal is starting to look eerily similar. It’s an afterthought in the context of the current crisis Canada faces – yet it’s too rotten-smelling to ignore. 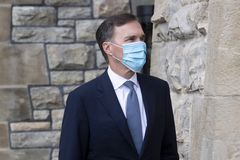 Opinion
Ottawa’s WE deal has many parts – and each one contributes to the makings of a scandal
Subscriber content
July 22, 2020 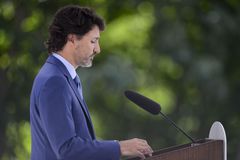 Opinion
In a normal government, Bill Morneau would be given the boot
Subscriber content
July 23, 2020 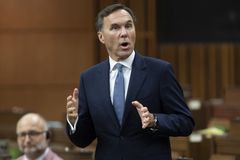