Here’s an important statistic. Women are far more susceptible to depression than men are. Depression hits twice as many women as men.Why? Prof. Melissa Perreault, a neuroscientist at the University of Guelph, is convinced the explanation is biological. She’s conducting research to study the effects of female sex hormones in the brain. “There is a growing awareness that depression is not a one-size-fits-all disorder," she said in a recent press release,"and understanding how women’s and men’s brains are fundamentally different will help pave the way for more personalized approaches to treatment.”

But to a large number of people, biology is a dirty word – and any talk of male and female brain differences is nothing but bad science cooked up by biological determinists. Theories of brain differences, they believe, are just an excuse to keep oppressing women. There’s even a name for this brand of pseudo-science: neurosexism.

"The hunt for differences between the brains of men and women has been vigorously pursued down the ages with all the techniques that science could muster,” wrote Gina Rippon, a well-known British professor of cognitive neuroimaging. Her new book, The Gendered Brain, argues that any differences between the sexes are small and inconsequential, and are rooted in the environment, not biology. Our theories about brain differences , she argues, are grounded in outdated stereotypes.

The brain’s plasticity is extremely important to the nurturists such as Ms. Rippon, who believe that people are extraordinarily influenced by their life experiences. “The message at the heart of this book is that a gendered world will produce a gendered brain,” she writes. “[T]he subtle messages that children receive – Lego or dolls; sport or chatting – can change the way their brains form. To measure those changes, and then use the results to reinforce gendered play, is not scientific, or fair,"

According to this line of thinking, boys and girls who are raised alike will truly be alike. As for the high rate of women’s depression, it has a simple social explanation: It’s a consequence of the sexist society in which girls have been marinated since birth. As the rapturous reviewer at the Guardian wrote. “To sum up: the notion that there is such a thing as a male or female brain is bunkum."

Ms. Rippon’s book is just the latest in a stack of books arguing that the differences in male and female behaviour are basically environmental. Another recent example is Cordelia Fine’s Delusions of Gender. As Ms. Fine put it in a blog interview with neuroanthropologist Daniel Lende: "Unfortunately, claims about ‘hardwired’ sex differences may be a particularly effective way of reinforcing the gender stereotypes that influence us in self-fulfilling ways. "

In fact, the idea of “male” and “female” brains is entirely too simplistic. Brains aren’t binary, and the similarities dwarf the differences. But the differences – well, they matter. The claim that hardwired sex differences are illusory will probably come as a surprise to generations of parents who watch their little boys turn sticks into guns and their girls turn stuffed animals into babies.

Of course, kids are influenced by experience. But many items on the list of gendered characteristics seem to have nothing to do with social influences. On average, males are far more likely to be autistic, die by suicide, wind up in jail, specialize in competing and be interested in systems. They are more risk-taking, single-minded and status-seeking. Females are far more likely to specialize in caring and be interested in people – and to suffer from depression. Most of these differences stem from our fundamental difference in reproductive strategies, and that – not Lego blocks – is what helps shape our lives.

“Throughout the living world males specialize more in competing and females more in caring,” said Helena Cronin, a British Darwinian philosopher, during a debate hosted by The Institute of Arts and Ideas. That’s not just true for people, but for all our relatives. Can we blame their sexist environment for the aggressive behaviour of young chimp males? Somehow, I doubt it.

The nurturists’ explanations also ignore the dramatic impact of hormones on behaviour. What we really need is a book explaining the dramatic effects of testosterone, which start when males are still in the womb. Female hormones are also implicated in depression, which is where Prof. Perreault comes in.

By excluding biological explanations for people’s differences, we are likely to come up with explanations for behaviour that are way off the mark. For example, why do young girls underestimate their own abilities? And why is it that young boys can’t discuss their feelings? Ms. Rippon believes it’s the way they’re socialized. I believe it has to do with the differential sex traits that developed over a few million years of human evolution. Which doesn’t mean these traits are desirable, or can’t be changed. It would be a far better world if men behaved more like women – and vice versa. And for all of our alleged plasticity, changing fundamental patterns of gendered behaviour might be harder than it looks.

That doesn’t mean we shouldn’t try. It means we should be aware of what’s stacked against us.

Wente: I’m ashamed for my country

Wente: Justin Trudeau will weather this

Male vs. female brain? Big study of MRI scans concludes that's not a valid distinction
May 15, 2018 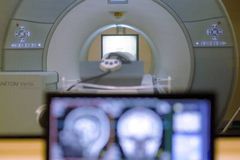 Fighting the female brain drain
April 27, 2018
Follow us on Twitter @globedebate Opens in a new window
Report an error Editorial code of conduct
Due to technical reasons, we have temporarily removed commenting from our articles. We hope to have this fixed soon. Thank you for your patience. If you are looking to give feedback on our new site, please send it along to feedback@globeandmail.com. If you want to write a letter to the editor, please forward to letters@globeandmail.com.
Comments