Even the most terrible of tragedies can be good for something. Just a few days after the mosque shootings in New Zealand, Turkey’s President, Recep Tayyip Erdogan, was using footage from the awful event as campaign material at a rally in an attempt to boost support before an upcoming local election. He warned the largely conservative crowd that the alleged attacker, who had visited Turkey twice, “targeted Turkey and me.” He blamed Western politicians for holding Islam responsible for terror, and urged his conservative base to vote for him. Meanwhile, Islamic State groups are calling for revenge attacks against the Muslim-hating West.

Prime Minister Justin Trudeau was more discreet. He used the attack as an excuse to take a subtle swipe at his opponent, Andrew Scheer, who had not made the ritual repudiation of anti-Muslim elements in his own ranks. “We have to chase out this hatred from our parties, fight it online, denounce it at town halls, push back when it reaches our front door,” Mr. Trudeau warned. He didn’t mention Mr. Scheer by name. He didn’t have to.

In the United States, the attack is being used to bludgeon U.S. President Donald Trump and paint him as a white supremacist. After all, in his online manifesto, the alleged shooter called Mr. Trump “a renewed symbol of white identity and common purpose”

“There isn’t much daylight between the garden-variety racism of [Brenton] Tarrant’s manifesto and the far-right nativism at times espoused by Trump and his advisers,” Ishaan Tharoor wrote in The Washington Post. “It isn’t complicated: Trump encourages violence,” read the headline on an opinion piece by David Leonhardt. In another New York Times piece, contributing writer Wajahat Ali went further than that. “[A]ll those who have helped to spread the worldwide myth that Muslims are a threat have blood on their hands," he said. Islamophobia in the West, he went on, is “fuelled by leaders from around the world.”

No matter what you think of Mr. Trump, however (I think his rhetoric is despicable), the claim that the West is a nest of Islamophobia is ridiculous. Look at the outpourings of sympathy for the victims in New Zealand. Look at the grief and shock of the people of an entire country when an attack on Muslims happens on their soil. Look at the reaction here in Canada to the Quebec City mosque shooting in 2017, and the universal disgust at the shooter. These reactions tell a story of people who are predominantly compassionate and welcoming.

But there’s something to be gained by exaggerating the extent of Islamophobia in the West. It is the pretext for demanding the muting or outright censorship of difficult conversations and ideas. Some people would even like these conversations silenced. Among the commentators censured for their “extremist” talk are Bill Maher, Sam Harris, Tucker Carlson, Ben Shapiro, and Ayaan Hirsi Ali. Where do we draw the lines between sharp speech, dangerous speech and forbidden speech? Who decides?

Like it or not, the Muslim world faces challenges today that the Western world does not. Extremists are responsible for major jihadi attacks not just against the West but also in the Philippines, Nigeria and other non-Western nations. Some countries impose the death penalty for gays and blasphemers. Unlike in the West, the radicalization of young men is not a fringe phenomenon.

As for the suspected shooter in New Zealand, his ideology appears to be a jumble of Islamophobia, “ecofascism” (as he calls it) and several other big but incoherent ideas. “The nation with the closest political and social values to my own is the People’s Republic of China,” he wrote in his manifesto.

It’s instructive to recall that right-wing terror has been with us for a while, and that Islamophobia is only the most recent vehicle for it. Timothy McVeigh didn’t need a hatred of Muslim immigration to blow up 168 people in Oklahoma City 24 years ago. He wanted to inspire an uprising against the federal government. He didn’t even need a semi-automatic gun. He wreaked his carnage with a homemade bomb. It is still the worst act of homegrown terror in American history.

Yes, Islamophobia is real, and we must be vigilant against it. No, we shouldn’t tolerate hate speech against any minority group. But I believe that twisted souls such as Mr. McVeigh, Alexandre Bissonnette and Mr. Tarrant – lone wolves all – will always be attracted to some overwhelming, all-encompassing belief that leads them to think they can change the world through some terrible act. Today that belief calls for killing Muslims in the West. Tomorrow it will call for something else. The delusion changes. But the extremist impulse will be with us always. 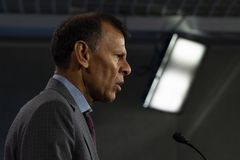 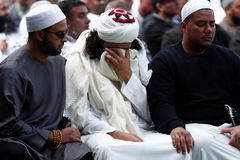 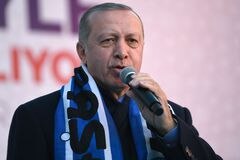