John Milloy was an Ontario cabinet minister in Dalton McGuinty and Kathleen Wynne’s Liberal governments, and the MPP for Kitchener Centre from 2003 to 2014. He is currently the director of the Centre for Public Ethics at Martin Luther University College, the inaugural practitioner-in-residence in the department of political science at Wilfrid Laurier University, and a lecturer in the University of Waterloo’s master of public service program.

After a divisive brawl of a campaign, Canada may be looking at a minority government come Oct. 21.

This might be seen as a good thing. There is a belief that minority governments force politicians to work together, put aside partisan differences and co-operate for the greater good of the nation – allowing the best ideas from all parties to rise to the surface.

I hate to ruin this romantic notion of unbridled cross-party camaraderie, but as someone with first-hand experience managing a minority government, they are far from collegial exercises.

From 2011 to 2014 in Ontario, I was government house leader during the Liberal minority government at Queen’s Park. My job was to lead the day-to-day negotiations with the opposition to keep the government afloat and get legislation passed.

The result was far from a golden era in interparty collaboration.

Admittedly, every party realized they at least had to appear to play nice, as voters didn’t want another election. However, the opposition also knew it was in their best interest to work behind the scenes to undermine the government at every turn.

They did this in two distinct ways.

The first was to ensure that very little got done. Rather than defeat bills, the opposition simply kept debating them, ensuring they never got to a final vote. Lacking the numbers needed to move bills along procedurally, there was little the government could do.

We also quickly realized it was pointless to introduce the tough measures that were needed to keep the province on course. “We can move on that once we get a majority,” was a common refrain heard around the cabinet table.

The second way that the opposition would take aim at the government was more insidious: using the power of legislative committees.

Thinking about all those parliamentary committees that you hear about in the news – holding hearings on scandals and examining legislation, steeped in parliamentary procedure – might make even the most civic-minded Canadian’s eyes glaze over. But they have a degree of power that is nothing short of staggering.

The power of Parliament to “send for persons, papers and records” is a constitutional principle that seems rather innocuous at first. But then you see it in action. Parliamentary committees can, and do, ask to see any document – no matter how confidential, including non-governmental records. They can force any witness to testify and demand that they provide the most privileged information without the type of protection they would normally receive in a courtroom.

Such power is rarely exercised when the government controls parliamentary committees. But in a minority situation, when the opposition is in control, the sky is the limit.

We saw it in Ontario during our minority government. It’s the reason everyone knows about gas plants.

We also saw it during the federal Harper minorities when the opposition, like kids in a candy store, demanded every confidential record under the sun. Indeed, the 2011 election was triggered by a non-confidence vote over the Harper government’s refusal to furnish sensitive financial documents.

Oh, the fun they will have in Ottawa if there is a minority Liberal government. The SNC-Lavalin scandal will have a new lease on life as parliamentary committees demand every single document and compel every imaginable witness to testify. Why stop there? Why not revisit holidays with the Aga Khan or the India trip?

Don’t worry if it is a Conservative minority. Just wait a few months and there will surely be enough “gotcha moments” to warrant a detailed fishing expedition by parliamentary committees to dig up all the dirt.

Some might argue that this process is a powerful tool in ensuring transparency. But my experience was that it was used more often as a way for the opposition to knock the government off its game. When the bureaucracy spends its days trying to find tens of thousands of documents to meet the insatiable demands of committees, and the government is in constant damage control mode as a result, there is very little time for meaningful change or action.

Canada has had productive minority governments in the past. Some point to the Lester B. Pearson premiership, or even Bill Davis’s minorities in Ontario. But these were before the 24-hour news cycle, Twitter, and a hyperpolarized political system that only exacerbates all the grandstanding and the ensuing fires that demand extinguishing.

My advice? If you want things to get done in Ottawa, don’t wish for a minority government. 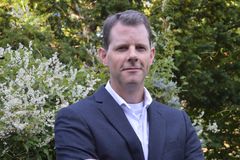 Our democracy is something to be thankful for. Even during an election campaign
Subscriber content
October 13, 2019 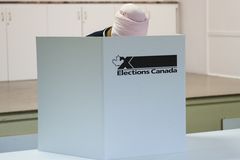 The (Conservative) platform that dare not speak its name
Subscriber content
October 14, 2019 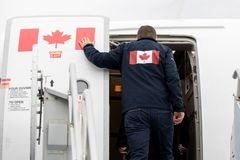