The first principle of investing is diversification. Every adviser will tell you: Diversify your portfolio across different investments, asset classes and countries, such that any gains in the one are offset by losses in the others, and vice versa. Risk and return are usually inversely related, but a properly diversified portfolio has been shown to produce both higher returns and less risk.

So what is the first thing that most of us do once we’ve saved a little money? Plunk almost all of it down on a house: a single holding of a single asset in a single city. What is more, we borrow heavily to do it, compounding the risk. The median Canadian family has nearly 80 per cent of their assets – and 80 per cent of their debts – tied up in the roof over their heads.

It’s not as if housing is an especially lucrative investment, compared with other asset classes. Short term and long, stocks have historically paid almost twice as high a return as real estate: 8 to 9 per cent annually, on average, versus 4 to 5 per cent.

So why do we do it? Why do more than two-thirds of Canadians own their own homes – just short of the record, and nearly twice the rate in perfectly livable places such as Paris or Berlin? Doubtless there are cultural explanations. But a big part of it is the tax preference.

Sell a stock for more than you paid for it, outside of your RRSP, and you will pay a tax on the capital gain, or at least on 50 per cent of it. Sell your principal residence for more than you paid for it, and in most cases you will pay no tax on the gain at all. Indeed, until 2016 you didn’t even have to report the transaction on your tax return. Neither is there any limit on the exemption – as there is, for example, in the United States. The bigger the gain, the bigger the tax benefit. You can guess which income groups benefit the most.

This sort of grinding inequity doesn’t come cheap. The Department of Finance reckons the current cost to the federal treasury at roughly $6-billion a year. That’s money that might have gone to lowering other taxes, or improving social programs, or reducing our mountainous public debt. But given the numbers of Canadian households that benefit from the exemption – nearly 10 million – the chances that any government will put an end to it must be considered remote.

A single news report earlier this month suggesting that a federal agency, the Canada Mortgage and Housing Corp., had sponsored a study looking at the possibility of taxing “home equity” was enough to provoke a storm of furious protests and indignant denials.

That doesn’t mean it’s not worth pursuing. As with most such proposals to take away someone’s tax break, the bigger the blowback, the better the idea.

The most predictable objection – that taxing housing like other investments would make home ownership more expensive, pushing the Canadian dream further out of reach – is the easiest to dispose of. A good part of the value of the tax preference is capitalized into the price of the house; take it away, and housing prices would drop overnight. That’s a one-time loss for those looking to sell, but a gain for those looking to buy, especially first-timers.

That’s not the only distortion to which the tax break gives rise. If Canadians were not socking away so much money into housing, they might have more to invest in other vehicles, such as stocks and bonds, reducing the cost of capital for Canadian corporations. If, likewise, the tax system were not luring them into taking on so much debt – we are not so far gone as the United States, which permits mortgage-holders to deduct their interest payments from their taxes, but it’s close – there would be less strain on the country’s supply of savings, leaving more for other borrowers.

Last, there is the impact on other types of housing. If home ownership were not so (artificially) financially attractive, more people might choose to rent, rather than buy. The supply of rental properties would likely increase, in line with the demand – not only apartments but condominiums and single-family houses. With less distinction between what you can buy and what you can rent, fewer Canadians would be induced to take on more house than they can afford for lifestyle reasons.

The disastrous consequences, social and economic, of policies aimed at encouraging home ownership should hardly need revisiting, barely a decade on from the financial crisis. No doubt a society also benefits when property is held broadly, and more of the population has a stake in ensuring a decent return to capital. But property need not be equated with real estate. It is ownership we should wish to see more of, not necessarily home ownership.

Opinion
Everyone should remain in their homes – including those who can’t afford to pay rent
March 26, 2020 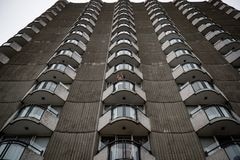 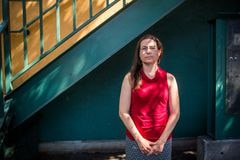