Grant Bishop is the associate director of research at the C.D. Howe Institute.

When Canada’s federal government makes its call on Teck’s Frontier oil sands project, it will show whether it actually subscribes to the economics of carbon pricing – or whether it intends to reduce greenhouse gases by central planning and government fiat.

The federal cabinet has until the end of February to decide on whether to approve or prohibit the Frontier oil sands mining project. An assessment by a joint review panel has found that the project would likely cause significant adverse environmental effects, but recommended that it would be in the public interest. Still, the project faces opponents who argue that approving Frontier goes against the federal government’s commitments to reducing greenhouse-gas emissions.

As the federal Liberals have argued, a uniform, economy-wide price on GHGs is the most economically efficient way to reduce Canada’s GHG emissions. Each tonne of carbon dioxide equivalent affects the atmosphere the same way, whether it’s emitted from an in situ oil sands facility in Cold Lake, Alta.; a steelmaking plant in Hamilton; a cement kiln in Port-Daniel, Que.; or an iron-ore processing facility in Belledune, N.B. Establishing a uniform price on carbon internalizes an otherwise unpriced externality with negative social costs from global climate change. A uniform price means the lowest-value activities get cut back and provides incentive for profitable innovation by crafty engineers, achieving reductions with the least economic cost.

But governments will face the temptation to pick winners and losers, often to appeal to certain voters. If Ottawa does so in this case by rejecting the Frontier project, the long-term cost of containing Canada’s emissions will actually be higher.

Regardless, it’s Canada’s carbon price that should internalize GHG costs for investment decisions on oil sands projects – just as for any GHG-emitted activity. Notably, Ottawa’s current target for carbon pricing ($50 per tonne beyond 2022) appears too low to meet Canada’s international GHG commitments. In December, Canada’s Ecofiscal Commission published estimates that the carbon price would need to rise to $200 per GHG tonne by 2030 to achieve Canada’s target reductions.

That might make Frontier uneconomic. By way of some back-of-the-envelope math, if Teck expects an after-tax profit of, say, $8 per barrel, imposing carbon costs of $200 per GHG tonne would make the project unprofitable.

But this is a call for Teck’s project finance team and its shareholders, not armchair quarterbacks at think tanks or federal departments. The challenge of reducing our GHGs should not be a licence for Ottawa to micromanage our economy.

A principled approach, then, would be for Ottawa to approve Frontier and concurrently announce a path to an economy-wide $200 per tonne carbon price by 2030. That would put Frontier in the same situation as other GHG emitters. Projects that work at a $200 carbon price go ahead. Those that do not, do not. The less efficient projects don’t make the cut and we contain our emissions at a lower cost.

In contrast, rejection would exacerbate regional tensions. Frontier could also become the flashpoint in a constitutional fight: Whether GHGs are a national concern is the central issue in challenges to the federal carbon pricing backstop that the Supreme Court will hear in March. But, as the C.D. Howe Institute’s paper Living Tree or Invasive Species noted, it is questionable whether the Constitution confers federal jurisdiction for activity-by-activity standards for any activity that emits GHGs. Such sweeping authority would eviscerate provincial powers for industrial regulation and natural resources. Courts have said that federal environmental approval must concern matters under federal jurisdiction and cannot be a Trojan horse by which provincial jurisdiction can be invaded.

Frontier has faced thorough scrutiny during an eight-year environmental assessment process, conducted by independent agencies. The C.D. Howe Institute’s own report noted the $100-billion downdraft to Canada’s planned resource sector investment and the disincentive facing project proponents from the current political uncertainty. If Frontier is rejected, no one could know Ottawa’s yardstick for new oil sands development and investors would shun the patch.

So in Ottawa’s looming decision on Frontier, Canada will see whether this government governs by principle – or political expedience. 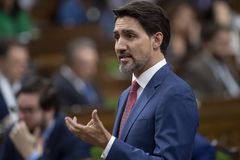 Opinion
Regardless of the decision, Teck Frontier proves the system is still broken
February 17, 2020 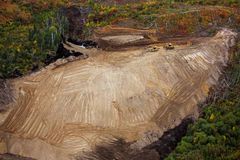