There is a very instructive scene in Carl Hart’s recent book Drug Use for Grown-Ups: Chasing Liberty in the Land of Fear. Dr. Hart, a neuroscientist and chair of the psychology department at Columbia University, is relaxing by his fireplace at the end of the day, listening to Billie Holiday. He is mulling the day’s events – how has he treated the people he interacted with? He’s mellow and introspective, largely because he’s just taken a few lines of heroin.

Does that seem shocking? It shouldn’t. All kinds of well-adjusted professionals use recreational drugs, many of which are illegal. They just don’t talk about it publicly. The result, as Dr. Hart notes, is that we end up with a completely skewed view of what drug use looks like. Popular culture has given us the sadsack junkie, the wild-eyed crackhead. It’s given us a picture of Billie Holliday strung out on heroin, even though she said, “Heroin not only kept me alive – maybe it also kept me from killing.”

Dr. Hart’s mission is to retrieve drug use from the hands of popular culture and bad science, and place it where it belongs: Alongside other pleasurable diversions that adult humans enjoy in order to cope with this thing called life. “Adults should be permitted the legal right to sell, purchase and use recreational drugs of their choice, just as they have the rights to engage in consensual sexual behaviors, drive automobiles, and even purchase and use guns.”

I’m not sure I agree with him about the guns, but I’m with him on the legalization front. Decriminalization of drugs has thankfully become a much more widely accepted policy, among public-health officials if not politicians. But legalization would take this process a step further, ensuring a safe, fair and regulated marketplace for the selling and buying of drugs for adults to use at their pleasure.

We already do this for the drug called alcohol, which is potentially lethal when combined with other drugs and with driving. We do it for cannabis in Canada. It would take a giant leap of will and imagination for that process to extend to other drugs, but change is always possible. Once again I bow before the wisdom of Danny the dealer in Withnail and I: “Why trust one drug, and not the other?”

Our approach to prohibition is clearly broken. A war on drugs launched by Richard Nixon 50 years ago, predicated on racist stereotypes (both in the United States and Canada) has led us to a place where marginalized and racialized people are much more likely to be harmed by current laws. Dr. Hart is a professor but he’s also a Black man, and he writes eloquently about how his social status does not save him from mistreatment: While travelling through Toronto’s airport to deliver a lecture, he was pulled aside for an inspection and told, “Just because you wrote a book, doesn’t mean you’re not a drug dealer.”

We seem to be at a turning point on drug policy, although it unfortunately took thousands of dead in an opioid crisis to get here. Or, more accurately, a “drug poisoning crisis,” as Toronto’s Medical Officer of Health Eileen de Villa called it this week while asking the federal government to decriminalize the personal use of drugs. Vancouver, Montreal and other cities as well as the province of British Columbia have made similar pleas to the federal government, alongside requests for better harm-reduction policies, more supervised safe use sites, and a safer drug supply.

Last year, the state of Oregon voted to decriminalize personal possession of all drugs. Just this week, two U.S. lawmakers, Cori Bush of Missouri and Bonnie Watson Coleman of New Jersey, introduced a bill that would decriminalize possession at the federal level (Both the bill’s backers are Black women who have seen the harm that drug laws have caused racialized communities.)

What if we took it one step past decriminalization, though? What if there were a safe supply of opioids, untainted and regulated by government, that adults could purchase? What if users were given all the information they needed about how to safely take their drugs, with warning labels like those that appear on cigarettes or alcohol? What if there was no stigma around the responsible consumption of these drugs? What if there were better mental-health supports for people who were struggling with psychological pain in the first place?

I’m struck by the sadness of this line in Stopping the Harm, the 2019 report by Bonnie Henry, BC’s Provincial Health Officer: “The societal stigma associated with drug use leads many to use drugs alone and hidden, increasing their risk of dying. British Columbia cannot ‘treat’ its way out of this overdose crisis, or ‘arrest’ its way out either.”

In his book, Dr. Hart has all kinds of recommendations for reducing stigma around drugs. For one thing, he urges other professionals like himself to come clean about their drug use, and the benefits it brings them (on that note, let me say that I’m a happy pot smoker, and have been since long before it was legal.) For another, he says we have to stop elevating one drug as “good” or “clean” above another, mostly based on fear-mongering and junk science.

He would also like people to acknowledge that it’s okay just to want to get high, to change your mindscape temporarily. You don’t have to be doing it in aid of some larger spiritual goal, or because you’re broken. You might just want to kick back sometimes and listen to Billie Holiday. 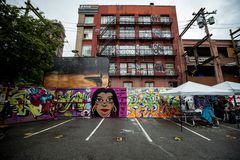 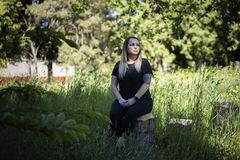