Canada’s public broadcaster is in the throes of a civil war. This is a fight between the good and the grubby – between those risking their careers to protect the CBC’s soul and those who would sell it on a whim in exchange for incremental digital advertising dollars. The very survival of a cherished national institution is at stake. Whose side are you on?

You might think this sounds like the plot for a CBC pilot that aims to check off as many Canadian-content boxes as possible, no matter how big of a stretch. In truth, the above describes the real-life drama playing out within the walls of the public broadcaster over a decision by senior executives to accelerate a push into paid content on its digital platforms.

More than 500 current and former CBC staffers, including on-air journalists Carol Off and Gillian Findlay, have signed an open letter calling on Canadians to stand with them as they put pressure on management to abandon an “insidious” initiative that “makes a mockery” of the broadcaster’s hard-won reputation for journalistic integrity. They argue that Canadians could confuse the paid content on CBC websites and podcasts with its journalistic offerings.

“We have appealed to CBC management and the board of directors to end ‘paid content’ and Tandem,” the letter says, referring to the name of the digital advertising initiative. “Apparently they still believe the money to be earned is worth the damage to our credibility. We do not.”

Exhibit A in this affair consists of an article on Whirlpool’s “smart appliances” that appeared in the Life section of the broadcaster’s website while the appliance manufacturer served as the main sponsor of Fridge Wars. This show ran on the CBC’s main network earlier this year and can currently be streamed online.

CBC president Catherine Tait and the board of directors thought they addressed the concerns of disgruntled employees last month when they established strict parameters for Tandem. They insisted paid content will not be allowed on other CBC platforms, such as television or radio, and that “branded content will not appear on national news digital pages.”

There are good reasons to worry about the lengths to which CBC management seems willing to go to bring in ad dollars as it seeks to sustain a bloated organizational structure and compete with popular private broadcasters. But it is not the journalistic integrity of CBC news programming that is threatened by initiatives such as Tandem.

Indeed, Canadians should worry a lot less about a CBC that runs online paid content in connection with a show like Fridge Wars than a CBC that runs a show like Fridge Wars in the first place. CBC promotional material describes it as a show that “pits two top Canadian chefs against one another with a challenge to create extraordinary meals using only the ingredients taken from the ordinary fridges of Canadian families.” Enough said.

Yet, Fridge Wars, like Family Feud Canada, demonstrates the CBC’s continued slide into irrelevance. The CBC decided long ago that Canadians do not want to be challenged and that all programming must be kept light and breezy. Not that this dumbing down has made the CBC a ratings success. Not a single CBC show made the weekly Top 30 programs in October or November, according to Numeris.

As for the idea that the CBC is an incubator for Canadian talent, the best domestic-made dramatic programming is not to be found on the public broadcaster. CTV’s Cardinal and Transplant are just two examples of how the CBC is consistently outdone in this department.

As for CBC news programming, management’s first reflex when the COVID-19 pandemic hit was to cancel local news broadcasts to save money. It was forced to reinstate them when an uproar ensued. But the incident spoke volumes about the broadcaster’s priorities.

With annual government funding of $1.2-billion and more than $500-million mainly from advertising and subscriber fees, the CBC has vastly more news-gathering resources than any other media organization in Canada. Yet, The National, arguably the most esteemed news franchise in Canadian broadcasting history, has been reduced to a mixture of service journalism, politically correct drivel and the awkward banter of its mismatched hosts.

Heritage Minister Steven Guilbeault copped out last month in tabling long-awaited amendments to the Broadcasting Act that left the CBC’s mandate untouched. This gives CBC top brass essentially free rein to interpret the mandate to “inform, enlighten and entertain” Canadians as they see fit, with likely the same embarrassing results.

When was the last time you were enlightened by anything you watched on the CBC, The Nature of Things excepted? It is not a civil war that threatens the CBC. It is the complacency of the people who run it. Their political overlords seem to prefer it that way.

Opinion
A civil war is erupting over the soul of the CBC
December 9, 2020 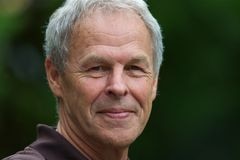 Dec. 10: ‘The CBC has lost my trust.’ Readers react to broadcaster’s paid-content plans, plus other letters to the editor
February 3, 2021 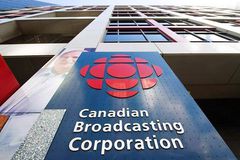 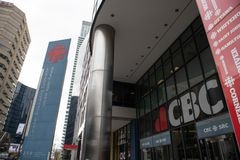