Erna Paris is the author of several books including The Sun Climbs Slow: The International Criminal Court and the Struggle for Justice

It was only a matter of time. This week, in his first major public address as Donald Trump’s national security adviser, John Bolton attacked the International Criminal Court. He could have used his pulpit to opine about Russia, North Korea, or Iran. Instead, he chose to fulminate against international justice, his decades-long obsession. For Mr. Bolton, the ICC is the epitome of what he hates, which is anything that challenges American exceptionalism. What he conjured up was an epic battle between so-called global governance and the nation state.

Mr. Bolton called the court a dangerous, illegitimate, unaccountable conspiracy – an institution whose “central aim” is to target Americans. The trigger for his diatribe was the announcement that the ICC prosecutor will investigate alleged war crimes and crimes against humanity by American soldiers in Afghanistan.

Not for him is the tinkling of silver spoons against china cups, the (pre-Trump) prototype of polite diplomacy. In the past, the blunt Mr. Bolton has claimed that places he despises simply do not exist – at least not for him: Nicaragua, at the time of the Iran-Contra affair, for one; the United Nations, for another. When I interviewed him in 2004, he was dismissive of all international standards. “We have our own standards that we follow,” he told me.

Mr. Bolton has been obsessed with the International Criminal Court since 1998 when the Rome Statute creating the court was voted into being by members of the international community. After U.S. president Bill Clinton signed the statute, Mr. Bolton wrote a blistering opinion piece in The Washington Post. In 2002, after the statute came into force, he used his post as Under-Secretary of State for Arms Control and International Security to persuade president George W. Bush to “unsign” the treaty – an unprecedented act. In 2002, he encouraged Congress to pass the American Service-Members’ Protection Act, which was intended to intimidate countries that ratified the Rome Statute, and personally traveled the world threatening the withdrawal of U.S. aid to governments that refused to sign. In Mr. Bolton’s world view, international law doesn’t exist. Only the U.S. constitution counts.

There was little new in his performance this week: he needed only to cut and paste his familiar arguments in favour of absolute sovereignty. What was novel was his pronouncement that should the ICC proceed with its investigation of U.S. personnel, the United States would ban its judges and prosecutor from entering the U.S., sanction their funds in the U.S. financial system, and prosecute them in the U.S. criminal system. It was Bolton brinkmanship on display – with an authoritarian cast.

The ICC investigation of Americans was also only a matter of time. Until now, the court has focused on smaller fry, largely in Africa, where massive crimes have occurred, and it has been criticized for ignoring the crimes of the powerful. Because a certain stasis has reigned, president Bush was eventually encouraged to co-operate with the tribunal in areas of U.S. interests. President Barack Obama did as well.

Proactively defending himself, Mr. Bolton raised the ICC principle of “complementarity,” which makes the tribunal a court of last resort when a country where a suspected perpetrator holds citizenship has failed to conduct its own trials – a safety valve that allows governments to deal with their own. The U.S. judicial system is “more vigorous, more fair, and more effective than the ICC,” he countered – a statement that may have surprised those still waiting for the United States to bring its torturers to justice. In 2013, a U.S. Constitution Project study concluded that it was “indisputable that the United States engaged in the practice of torture,” and that "the nation’s most senior officials … bear ultimate responsibility for contributing to the spread of these techniques.”

Those concerned about Mr. Bolton’s remarks would also include many Americans. Last April, an Ipsos poll reported that 73 per cent of the 1,004 adult Americans surveyed believe that it is important to participate in international organizations that support human rights and hold individuals responsible for mass atrocities.

John Bolton’s obsession with the ICC is alarming. The court has responded by saying it will not be deterred from its duty to pursue accountability and justice. The European Union has confirmed its support.

A major confrontation is brewing between American exceptionalism and the international legal order. 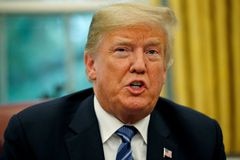 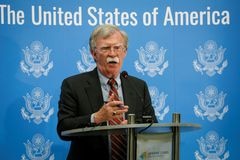