Canada has a new Foreign Affairs Minister. The United States has a new government. It’s time for us to press reset on our foreign policy. Where better to start than in Cuba, where we have both history and possibility?

During the Trump era, our foreign policy was hijacked by the need to navigate the zigs and zags of our erratic, all-powerful neighbour to the south. Our foreign minister at that time, Chrystia Freeland, had to spend far too much energy dealing with the renegotiation of NAFTA and the arrest of Huawei executive Meng Wanzhou.

Ms. Freeland didn’t help her cause – or ours – by attempting to curry favour with Donald Trump by lending Canadian legitimacy to the illegitimate and unsuccessful efforts of the Lima Group, which includes a number of Latin American autocrats, to overthrow yet another autocrat, Venezuelan President Nicolas Maduro.

Worse, after the health of Canadian diplomats in Havana was adversely affected by what the Americans called “sonic attacks” and Canada referred to as “health matters,” Canada followed in lockstep with the United States, shuttering much of its embassy there in 2018. Three years on – despite investigations by the FBI and the RCMP, with the full support of the Cuban government, and dozens of theories – no one has come up with evidence of an “attack.” More importantly, no new cases have been reported in the past two years.

Still, Canada continues to maintain only a skeleton embassy staff in Havana. That’s led to the deterioration of consular services for both Cubans and Canadians and a deterioration in our historically strong ties with the island nation, which in non-COVID-19 times welcomes more than a million Canadian tourists every year.

Canada and Cuba have long had a special relationship. Recall Canada’s fiercely independent decision not to break relations with Cuba during the 1960s, the personal friendship that evolved between Pierre Trudeau and Fidel Castro, the successful trading relationship between the two countries and the fact Canadian icon Terry Fox is also a national hero for Cubans.

What matters for us now is that the Biden White House says it wants to reverse many of the 240 actions the Trump administration took against Cuba, from banning visits by American cruise ships to making it more difficult for Cubans in the U.S. to send money home. Joe Biden’s goal: To revert to the era of rapprochement that then-president Barack Obama launched in 2014.

Several developments illustrate Mr. Biden’s approach. The appointment of Emily Mendrala, with clear pro-engagement views and extensive experience in Cuba, to a position supervising U.S. policy in Latin America is significant. Mr. Biden has also talked about closing the much-criticized Guantanamo “detention centre” and renewing flights to Cuban cities besides Havana. And Ron Wyden, chair of the Senate finance committee, recently introduced a bill to end the U.S. embargo of Cuba.

It won’t be easy or quick. For starters, revoking some Trump moves – such as the ludicrous, last-gasp designation of Cuba as a state sponsor of terrorism, which triggers other economic and diplomatic measures against it – will be a time-consuming process.

That opens up an opportunity for Canada’s new Foreign Minister, Marc Garneau, to make up for lost time. He should begin by restoring Canada’s full embassy complement and services in Havana and distancing Canada from Ms. Freeland’s American-style interference in the internal affairs of other Latin American countries.

Then he should look for ways Canada can help the Cuban people in what is an especially difficult time. Although excessive regulation by the Cuban government contributes to the country’s problems, the reality is that COVID-19 has destroyed the country’s critical tourism industry, even as draconian U.S. sanctions are making life more difficult for ordinary Cubans. They face food shortages and long lineups for scarce goods.

We can – and should – help by providing food assistance. Compared with Cuba, we are a wealthy country with relatively few food challenges. We do not have the same philosophies on political systems, but in the past have agreed to disagree with civility.

The Cuban government – and the Cuban people – would greatly appreciate such a humanitarian, no-strings-attached gesture. It would enhance our national reputation and show we are keen on returning to a sound bilateral relationship. It would also allow us to stake a claim in expanding trade ties. Let’s hope that our Foreign Affairs Minister is prepared to act. 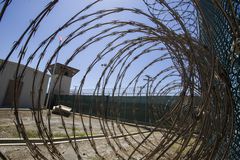