Razia Sultana is a Rohingya leader, lawyer, and human-rights activist. She is the co-ordinator of the Free Rohingya Coalition, the director of women’s outreach for the Arakan Rohingya National Organisation, and the founder and director of the RW Welfare Society, which works to stop human trafficking and support Rohingya refugee women.

The victims of the Rohingya genocide cannot be brought back from their mass graves. But there is finally hope that they can rest in peace, with justice served.

On Thursday, the International Court of Justice handed down provisional measures in Gambia’s case against the Myanmar military, demanding an end to the persecution of the Rohingya. This was an extraordinary moment for our people: the court instructed the government to respect the requirements of the United Nations’ 1948 Genocide Convention, recognizing that there is evidence that the convention has been breached. It acknowledged the truth that the Rohingya people are vulnerable to attacks by the military. This monumental ruling comes on the heels of the International Criminal Court’s decision to open an investigation into the persecution of the Rohingya, and the launch of a case in a federal court in Argentina against top Myanmar officials, including leader Aung San Suu Kyi, under the principle of universal jurisdiction.

These steps toward accountability are critically important, both for Rohingya survivors and for future peace and stability in Myanmar. But justice for the Rohingya cannot be complete if the regime fails to account for the systematic atrocities it orchestrated against Rohingya women and girls.

Having worked side-by-side with Rohingya refugees in the camps of Cox’s Bazar in Bangladesh, I have heard from female survivors who shared heartbreaking accounts of surviving torture and arson during the genocide, only to be brutally gang-raped – held down against their will and violated repeatedly by members of the Myanmar military. One elderly woman recounted the horrors of passing the Mayyu mountain range, where officers kidnapped and sexually assaulted her daughter. Her daughter’s wounds were so dire that she was unable to walk; she had to be carried the remaining way to Cox’s Bazar.

The scale of sexual- and gender-based violence was documented in devastating detail in a landmark fact-finding report from the United Nations. According to the UN, mass gang rapes took place often in full view of survivors’ children, family members and neighbours. Rape was deployed as a spectacle, designed to shatter Rohingya society. Members of the military “branded” their victims by biting their faces and bodies to leave permanent scars. Many women were raped until they died of blood loss. Many of those who survived were killed afterwards.

There can be a perception that rape – committed on the ground by individuals – is somehow different from killing, because there is some expectation of a calculated chain of command. That is inaccurate. In Myanmar, rape was as much a tool of genocide as machine-guns and mortar shells. The use of rape as a weapon of war was not incidental: it was the cornerstone of a deliberate strategy of forced exile, to eradicate the Rohingya population from Rakhine State. Indeed, the UN found that "the sexual violence perpetrated against women and girls… indicated the Tatmadaw’s genocidal intent to destroy the Rohingya people.” (Tatmadaw is the official name of the armed forces of Myanmar.) Women and girls of reproductive age were intentionally selected, the report said, and so severely injured that many are now unable to bear children.

Despite this, sexual violence is not a prominent feature of the case before the world’s top court so far. As the case moves ahead later this year, accountability for the perpetrators of sexual violence and rape must be placed at centre stage. Countries like Canada that have long championed women’s rights will be critical in making this a reality.

Canada is one of the nearly 90 countries that boast a National Action Plan committing the government to ending the disproportionate and unique impact of armed conflict on women and girls. Given its feminist foreign policy and its solidarity with the Rohingya, there is no better way for Canada to deliver on its commitment to our people than to back Gambia in its case at the ICJ and ensure that victims of sexual and gender-based crimes receive justice. Ideally, Canada would match its vocal support for Gambia’s case with psycho-social support and education programs for female survivors in the camps of Cox’s Bazar.

Bringing sexual- and gender-based violence to the forefront of the case against Myanmar would not only be a significant victory for the Rohingya, but it would help create an important legal precedent for future cases in which rape is instrumentalized to terrorize a population. We owe it to the victims and to the survivors to ensure this happens. 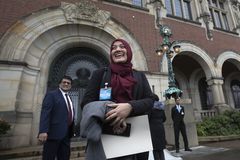 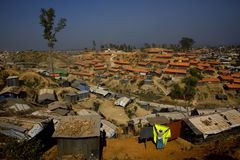 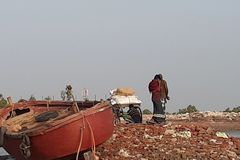 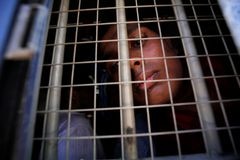