Emily Brown sees the fruits of Ontario’s school system every day. She’s a math professor at Sheridan College near Toronto. “My students have huge gaps in the fundamentals,” she told me. “I’m teaching business calculus and algebra to students who have no understanding of fractions. They don’t understand that half the cake is the same as 50 per cent of the cake.”

Math education in Ontario these days leaves something to be desired – a lot, in fact. Math scores have been in decline for several years. Half the students in the province couldn’t meet the Grade 6 math standard in the 2016/17 school year. Experts blame a lack of attention to the fundamentals. What’s worse is that a lot of math teachers don’t know their fundamentals either. When a grade 6- and 7-level test was administered to a class of teacher candidates, about a third of them couldn’t pass it.

So what do teachers learn in teachers’ college? Not much about math. While Quebec teaching candidates usually get at least 140 hours hours of math training, many Ontario students get no more than 40 hours. Provincial math committees repeatedly urged the previous Liberal government to make reforms, but to no avail. Instead of adding math, Ms. Brown, says, the schools added courses in gender studies. That’s no surprise. For the past 15 years of Liberal government, education policy in Ontario has been excruciatingly progressive.

That’s all about to change. The Doug Ford Tories have arrived. They don’t believe in gender studies. They believe in back to basics. “I want schools that are focused on teaching kids the skills that matter,” the new Premier said while campaigning last May. “That’s reading, writing and math.” He has also vowed to keep standardized testing, which was under pressure from progressives but is wildly popular with parents.

“The interesting thing about populist movements is that they often capture the essence of what needs to happen,”says Paul Bennett, an education consultant based in Halifax.

Mr. Bennett is deeply involved with ResearchED, a reform movement of educators that began in Britain and has now spread to the United States and Canada. The mandate of ResearchED is to advocate for what it calls knowledge-based learning – that is, instruction methods based on proven research. In Canada, its supporters include leading math educators such as JUMP’s John Mighton.

In all three countries, a growing number of reform-minded educators believe the last two decades of education have been fad-driven and damaging for kids – especially the middle-of-the-pack and more challenged children who need more structure and guidance than the current pedagogical methods provide. In a nutshell, they believe that the best educational approach – in the early years, at least – is structured instruction. By contrast, the progressive approach, which is dominant across Canada, features “project-based” and “discovery” learning, in which teachers guide students to figure things out on their own, even though they lack the foundational knowledge to do so. The reformers favour teaching methods based on direct instruction, which require the teacher to impart information directly to the students. (Progressives, by contrast, think that direct instruction stifles a child’s innate creativity.)

By now, evidence favouring structured learning is convincing. The simplified explanation for this is easy enough to grasp. Once you’ve grasped the basics – by rote and repetition – they become automatic, leaving more of your brain free for higher-level problem solving. This applies to reading, math, or any other basic skill.

ResearchED favours explicit instruction, an emphasis on content subject knowledge, and schools that improve student behaviour by modelling respect, responsibility and so on. That’s an agenda that most Canadian parents would sign on to. Teachers like it too because this approach would restore them to the centre of the learning process. In other words, teachers aren’t there to “facilitate learning.” They’re there to teach the kids.

It’s too soon to say what will happen in Ontario, of course. Education bureaucracies don’t like change, and reforms typically take years to work their way down to the classroom. But a sensible return to the basics is long overdue, and may already have begun. In any event, it’s doubtful that the Conservatives can inflict more damage on the education system than the Liberals have.

But the case for change is evident. It’s a crime that the kids can’t do fractions. It’s time for a rethink. 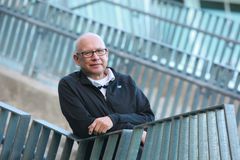 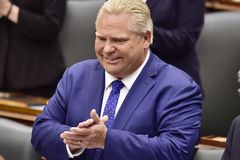 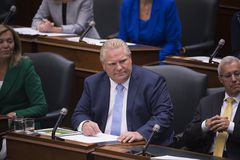